How to appreciate Oneil Cruz, the most fun and unique player in MLB 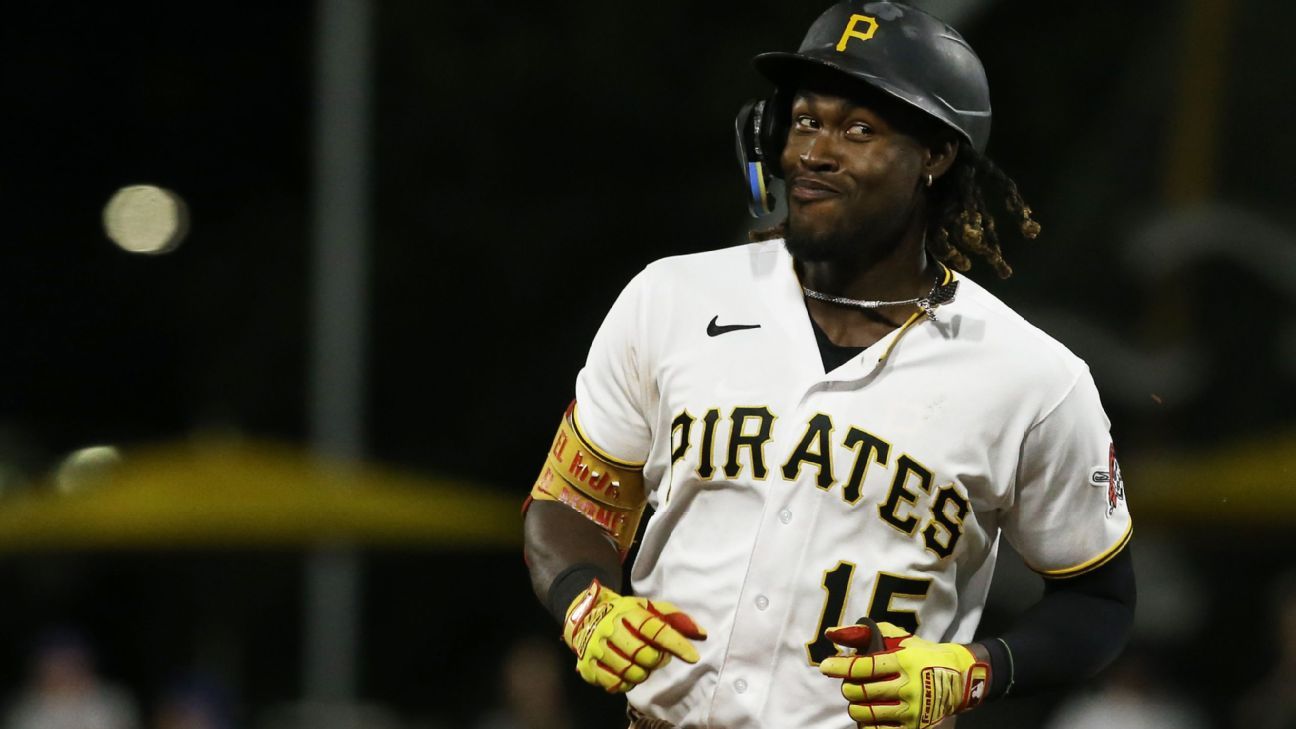 Pittsburgh Pirates shortstop Oneil Cruz has become a human push alert, setting records for exit velocity at the plate, velocity throwing a ball across the infield, and sprint speed. Not to mention he’s among the tallest position players to do basically anything on a baseball field — and he’s doing all of this during his rookie season.

As I said when ranking him as the No. 13 prospect in all of baseball during my winter Top 100, Cruz is the kind of singular talent with a scouting report that makes us rethink what the word unique really means.

In case you aren’t familiar with him — and brace yourselves if you’re new here — Cruz is a 6-foot-7, lefty-hitting shortstop with the most raw power in the entire league, in addition to top-tier speed and league-leading arm strength. It’s like someone went a little too wild using the create-a-player feature on a video game.

Cruz’s surface numbers as a rookie are just OK, hovering around league-average offensively — but that’s flattening the most fun player in baseball into an OPS number. Let me take you on a guided tour of the most delightful talent in our game.

In the Top 100, I graded Cruz’s raw power as a present 80 (the top number in the scale), so you should be expecting Aaron Judge/Giancarlo Stanton/Shohei Ohtani-level exit velocities immediately, even if not that often, since the hit tool — or frequency of hitting the ball hard — is a separate skill. How has that raw ability translated to the big league level? I give to you the hardest hit ball of the 2022 season:

This is actually the hardest hit ball in the StatCast era (back to 2015), narrowly beating out a gaggle of 120-plus mph Stanton batted balls.

This isn’t an isolated event; he was doing wacky stuff in his two-game big league debut at the end of last season. In his very first big league game, he hit a ball 118.2 mph. In his second big league game he did this, prompting me to compare his arms to boom mics:

For context on how this fits into his overall offensive game: He has reduced his swing rate to below big league average now, so pitch selection isn’t the main issue. He is letting some good pitches go by in favor of being more selective, but he still chases at an above-average rate and, because of his arm length and swing plane, still swings and misses at an above-average rate. Cruz will always come with some strikeouts, but the adjustments he makes over the next couple of years will be key.

I also graded Cruz’s arm strength as an 80 in the scouting reports from the Top 100 and I think you can see where this is headed:

Oneil Cruz with the fastest recorded infield assist in the Statcast era! pic.twitter.com/YohXbtBTB8

I have confirmed that this is still the hardest-thrown infield assist in the StatCast era. I think it’s safe to assume that Cruz might have literal lightning pulsing through his arms. Some scouts who saw Cruz early in his pro career assumed a player this tall couldn’t hit well enough to survive even in the upper minors and he should be put on the mound.

While his arm strength certainly could justify that, it is clearly not the case.

You’d think the lanky, 6-7 player wouldn’t also be the fastest — or even fast at all, for that matter — because he’d take so long to get going to reach top speed. Long-limbed players are often goofy and only fast because of long strides, and baseball isn’t really conducive to running in a straight line for very long.

While his home-to-first speed actually times out as average-to-a-little-better, his top speed (30.1 feet per second) is fourth in baseball among those with 80-plus competitive runs.

Again, there isn’t really a size comparable for Cruz, but he’s notably faster than anyone who has physical traits even close to in common with him. If you judge speed by timed running that includes starting from a still position, this tool doesn’t grade as an 80 like his power and arm strength. That said, StatCast is helping us see that he’s probably an 80 at peak speed, which might the most unbelievable figure yet.

The Pirates are hoping that Cruz will grow into average defensive ability at shortstop and he has been a bit below that this year by the metrics — but still within spitting distance of average. So you can understand that his skills aren’t just in explosive movements, but also manifest in fluid movements, take a look at this play in the hole:

So he can play a little defense as well. Oneil Cruz with the great play here on @ATTSportsNetPIT. pic.twitter.com/P10S18ck97

Cruz has shown many examples of almost exactly this play in the minors and majors, so he’s clearly figured out how to use his length and arm strength best on balls hit to his right. I still remember a scout seeing Cruz play shortstop for the first time in A-ball and telling me he looked like an octopus scooping up everything before the scout’s brain could process how it happened. It made me think of the GIF of an octopus laying bricks.

There’s now been myriad examples of scouts underestimating how good a tall minor league shortstop can be defensively in the big leagues (Carlos Correa and Corey Seager immediately come to mind) with the key variable for the biggest successes being athleticism.

I can’t think of a better athlete than Oneil Cruz, so I’ll bet on him succeeding. 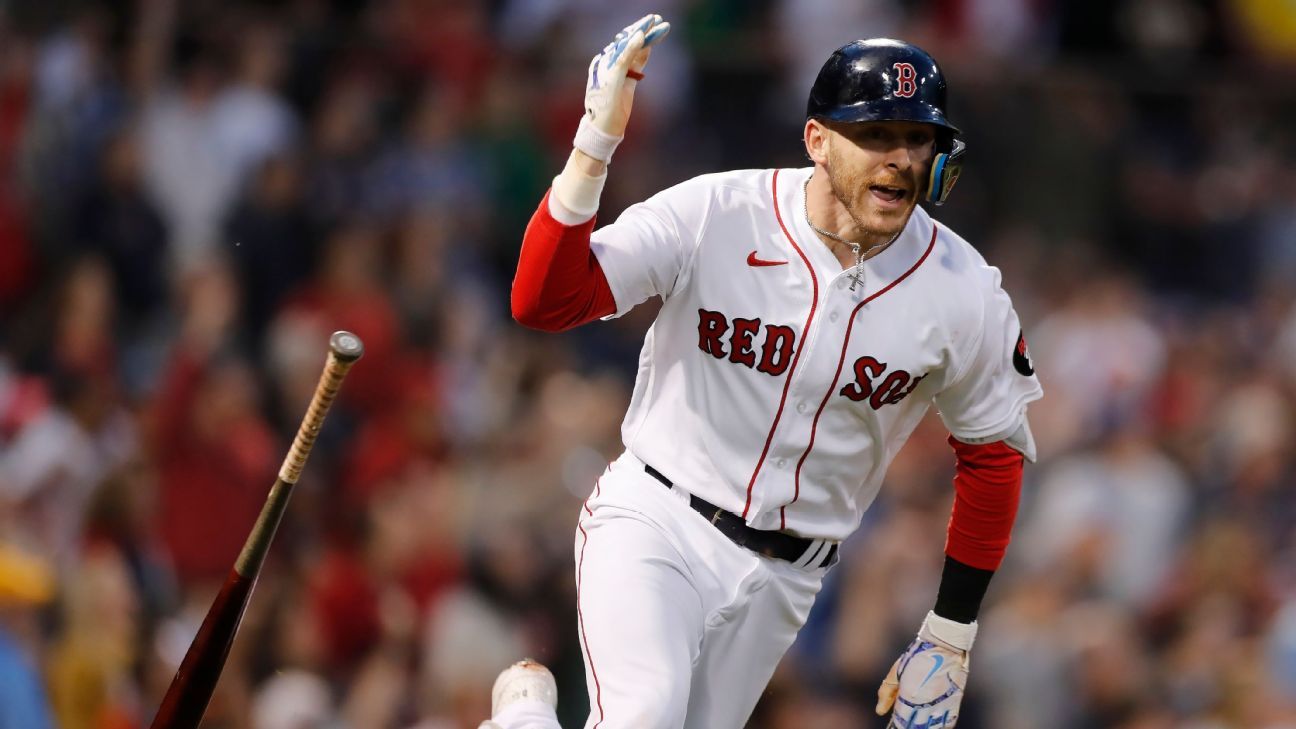 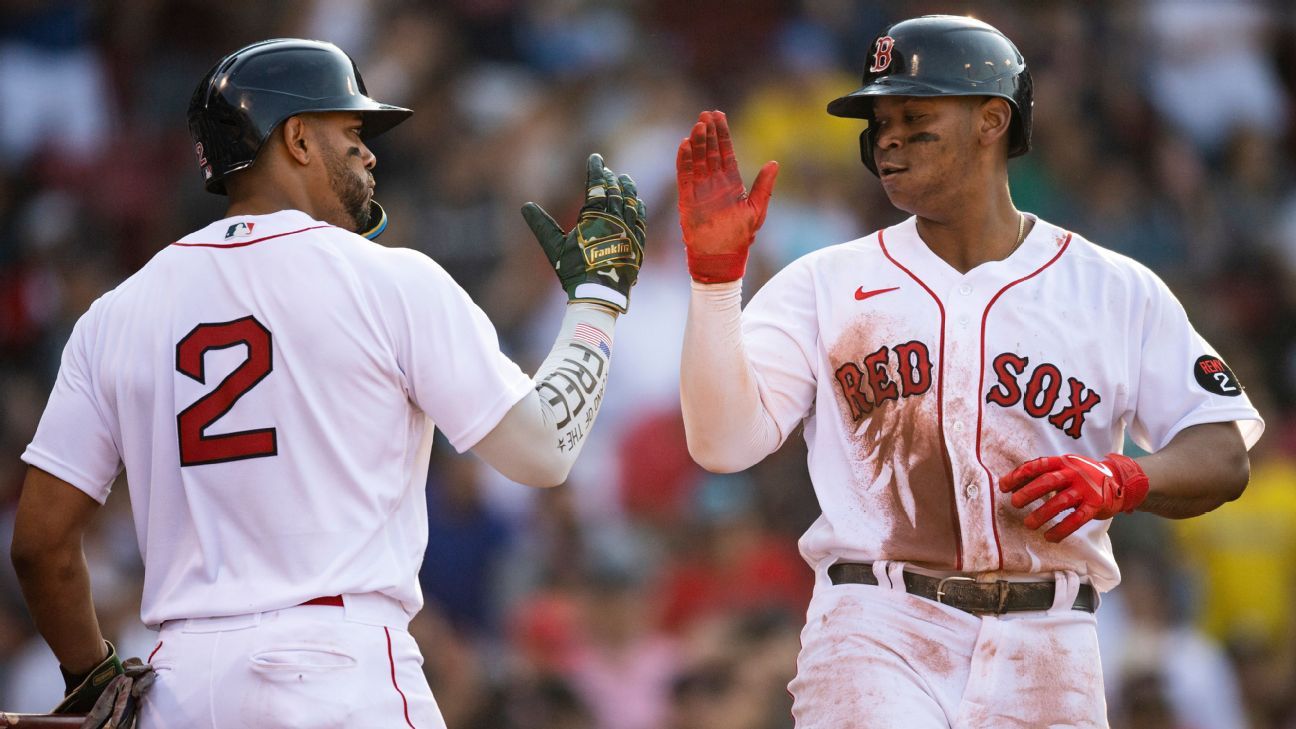