How the Orioles — yes, the Baltimore Orioles — became the hottest team in MLB 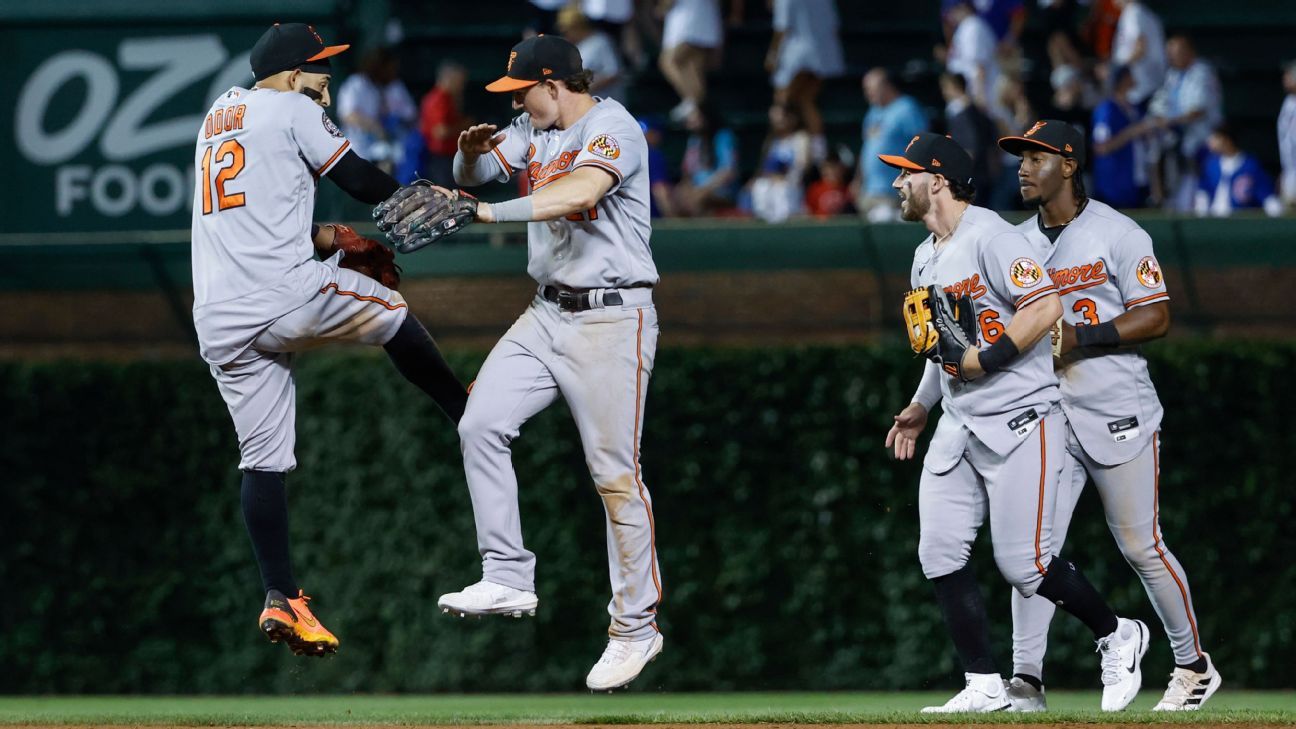 CHICAGO — The last time the Baltimore Orioles took the field vying for their 10th consecutive win, Cal Ripken Jr. was starting at third base and Albert Belle was manning right field.

Yes, it’s been a while since the Birds have been the talk of baseball — at least for something other than losing 100 games, a dubious feat accomplished by the O’s in each of the past three consecutive — sometimes excruciating — 162-game seasons (excluding 2020’s shortened campaign).

But that run might be coming to an end in 2022 — thanks to a very different kind of streak from this year’s O’s.

“It’s been five years or so,” longtime Oriole Trey Mancini said of the last time the O’s had any kind of sustained winning. “You forget what it’s like.”

The Orioles are being reminded on a daily basis. The latest celebration came Wednesday, when they won their 45th game of the season, a 7-1 victory over the Chicago Cubs (last year, the O’s won their 45th game on Sept. 8). It pushed their winning streak to 10, and their record above .500 for the first time this year. It’s the latest in a season that they’ve had a winning record since 2017.

Just before the latest series sweep, manager Brandon Hyde indicated his phone has been buzzing, as friends around the league share their excitement about his team.

“I’m hearing from ex-Cubs, other front office people and all my friends,” said Hyde, who was the bench coach for the Chicago Cubs when they made the postseason in four consecutive years last decade. “They’re happy for me and our team and to read something positive coming out of Baltimore where it’s been hard over the years.”

When Hyde was hired to manage the rebuilding Orioles in 2019, the team had finished last place in the previous two seasons. They had won just 47 games the year before, their lowest total since moving to Baltimore in 1954.

Hyde knew what he was getting into. Still, it wasn’t easy.

“No, no, no,” Hyde said with a smirk. “That first year here in Baltimore, a lot of things were surprising to me because I was so used to winning for the last four previous years.”

It finally seems to be paying off. Eight games below 500 on June 1, Baltimore has gone 23-14 since. The squad hasn’t lost a game since July 2. Baltimore is just the fourth team in league history to win at least 10 in a row after finishing the previous season with the worst record in the league.

They’re doing it on the mound, where they have the second-best ERA (3.17) in the AL during the streak, and they’re doing it at the plate — sometimes in dramatic fashion. The Orioles are hitting .366 with two outs and runners in scoring position. And they won three straight games after trailing in the ninth inning or later for the first time since 1979.

“We had two tough losses in Minnesota right before this streak and we bounced right back after that,” Mancini said. “But in those games, we were still competitive. We looked in the mirror and saw we developed as a team. We’re playing good teams well all year.”

Bench coach Fredi Gonzalez said he could tell within the season’s first weeks that something was different, pointing to a mid-April series win against the Yankees. No one in the organization knew for sure what steps the Orioles would take in 2022 — especially in the loaded AL East — but they were determined not to be a pushover any longer.

“When we played the Yankees — we played them tough,” Gonzalez said. “And now when they see us coming, they know … going to be a battle. We compete with the big boys, day in and day out. Those early series made a difference.”

Early wins over New York and even Tampa Bay set the tone inside the clubhouse for what the Orioles are doing now. Hyde credits their pitching staff for being the difference makers. It’s a rag tag group getting it done — having landed in Baltimore after being DFA’d, released or simply set aside by other teams.

The deadline is less than a month away. Which players could finish the season on a different team?

“It’s a bunch of guys wanting to prove they have something left in the tank,” righty Austin Voth said. “It’s their time to come here and perform and prove they can pitch in this league.”

Voth is one of those guys, having been claimed off waivers last month from the Nationals where he had a 10.13 ERA in 19 games this season. He’s made eight appearances for Baltimore, including five starts, and never looked better, compiling a 3.80 ERA and 1.266 WHIP.

“That’s why I like them,” Hyde said. “They are guys that have been around for a while and maybe haven’t gotten the right chance. I love that they are all taking advantage of their opportunities.”

The Orioles’ pitching transformation — the O’s ranked dead last in MLB ERA in three of the past four seasons — has been a special focus of Mike Elias’ regime, which brought in coaches Chris Holt and Darren Holmes to revamp the system.

“I was kind of blown away by all the data that they have here,” Voth said. “The video guys and how they can break down stats and pitches. And individually things for each pitcher. That was big for me.”

It’s part of a package of attributes Elias brought with him from Houston after he was hired in 2019, bringing Hyde with him a few months later.

“One of the things I’ve noticed is the relationship (Hyde) has with Mike,” Gonzalez said. “They trust each other. That’s needed when you’re losing 100 games a few years in a row.

“We’ve all seen it when the manager takes a beating for three years and all of a sudden, when you’re ready to win, they fire the guy and bring in someone else. That didn’t happen here. Hopefully he’s here to see it all the way through, from the very beginning to the end.”

Hyde has one more year on his deal but already something is within reach that even he likely would have found hard to believe: a playoff berth as soon as this season. The Orioles are just two games out of the wildcard spots, though jumping the teams ahead of them — including three divisional rivals — won’t be easy.

As of Wednesday, all five AL East teams had winning records, just the third instance in the Wild Card era that all teams in a division are above .500 on July 13 or later. Only the Orioles, though, are doing it with MLB’s lowest Opening Day payroll. And that includes $23 million being paid to Chris Davis who retired last year.

“A lot of people will say we seem like a different team than in years past,” Mancini said. “It’s a testament to what we built here and what our manager has done. You couldn’t tell anything was wearing on him during the tough times. He’s been a huge, huge reason for our success in my opinion.”

Of course, Hyde said, at times keeping the toll of the losses hidden from his players was easier said than done. 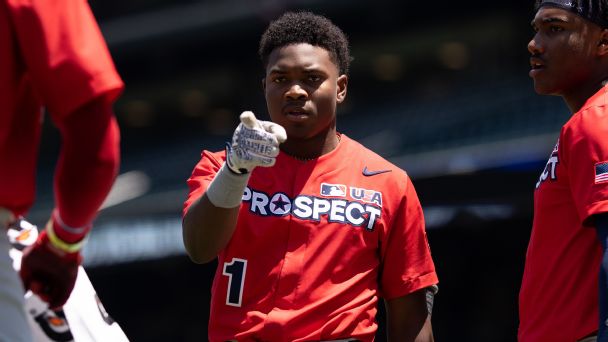 Draft day is almost upon us. Here’s who your team is zeroing in on.

“That took a lot of patience,” he said. “That’s one thing I’m proud of. I’ve tried to stay as patient as possible while holding high expectations and holding guys accountable.”

The future of his squad only looks brighter from here. Baltimore has a loaded farm system — No. 1 in Kiley McDaniel’s rankings going into this season — starting to find its way to the big leagues. The No. 1 overall pick in 2019, Adley Rutschman, made his debut this season and is proving he belongs; while the organization is bound to add another huge talent this weekend when they once again draft first.

The arrow is finally pointing up for the formerly woeful Orioles. And after four years with Hyde, they’ve adopted an attitude that sounds familiar to many rebuilding teams who are sick of sitting on the sidelines come October: simply being better than last year isn’t good enough.

“It’s nice we’re being discussed in a positive manner. because anytime we were discussed on a national scale the last few years it was the opposite,” Mancini said.

“But this isn’t the end goal. … There is no sense of satisfaction.” 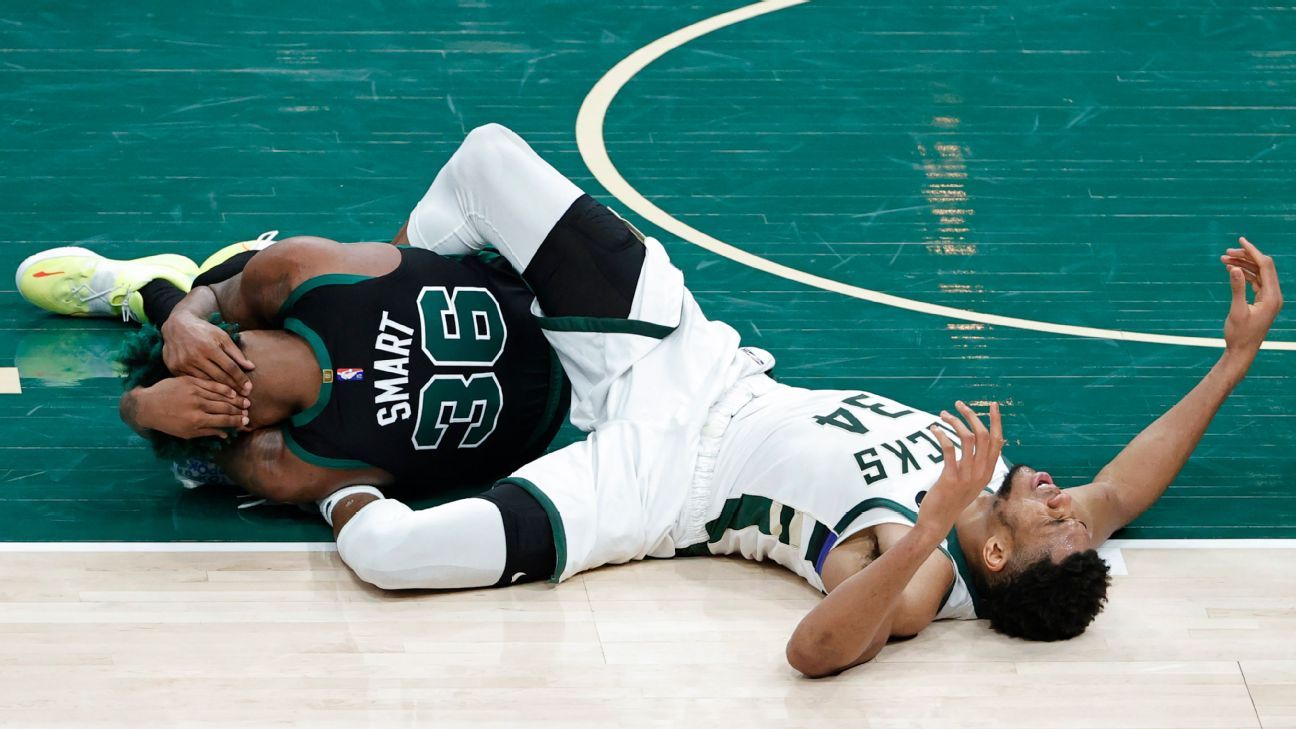 No series in the 2022 NBA playoffs has featured more twists and turns than the Boston Celtics vs. the Milwaukee Bucks, who head to TD Garden for Wednesday’s Game 5 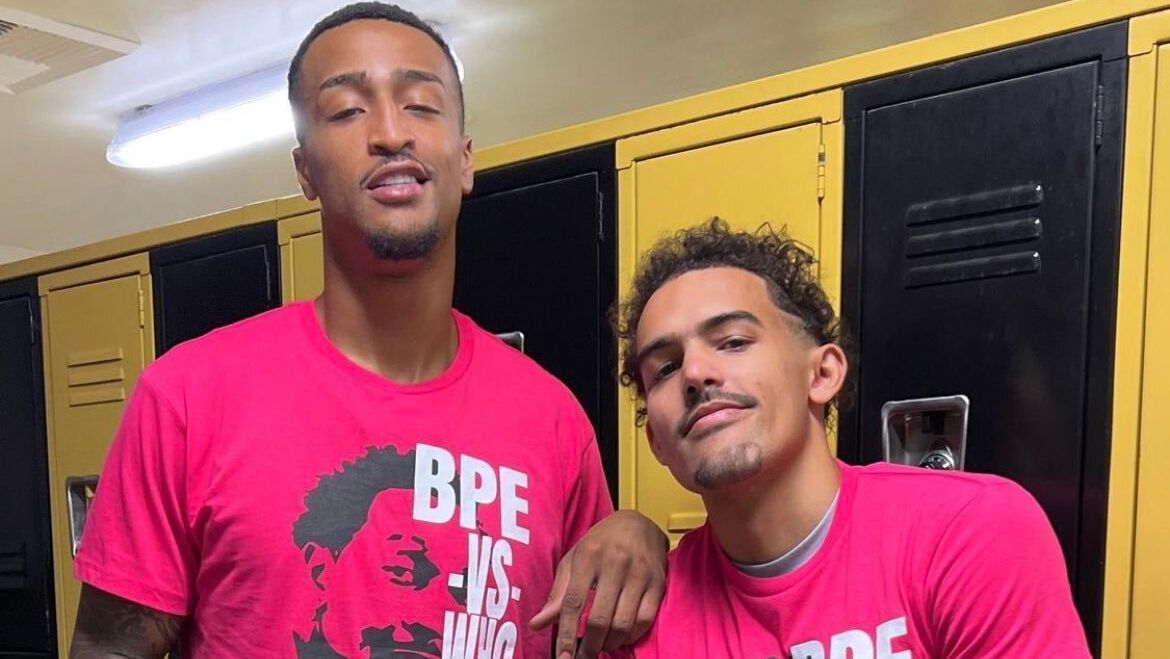 Few pro-am basketball organizations carry the level of star power as the Drew League. The Los Angeles-based summer hoops league features high-level competition from a collection of professional and amateur 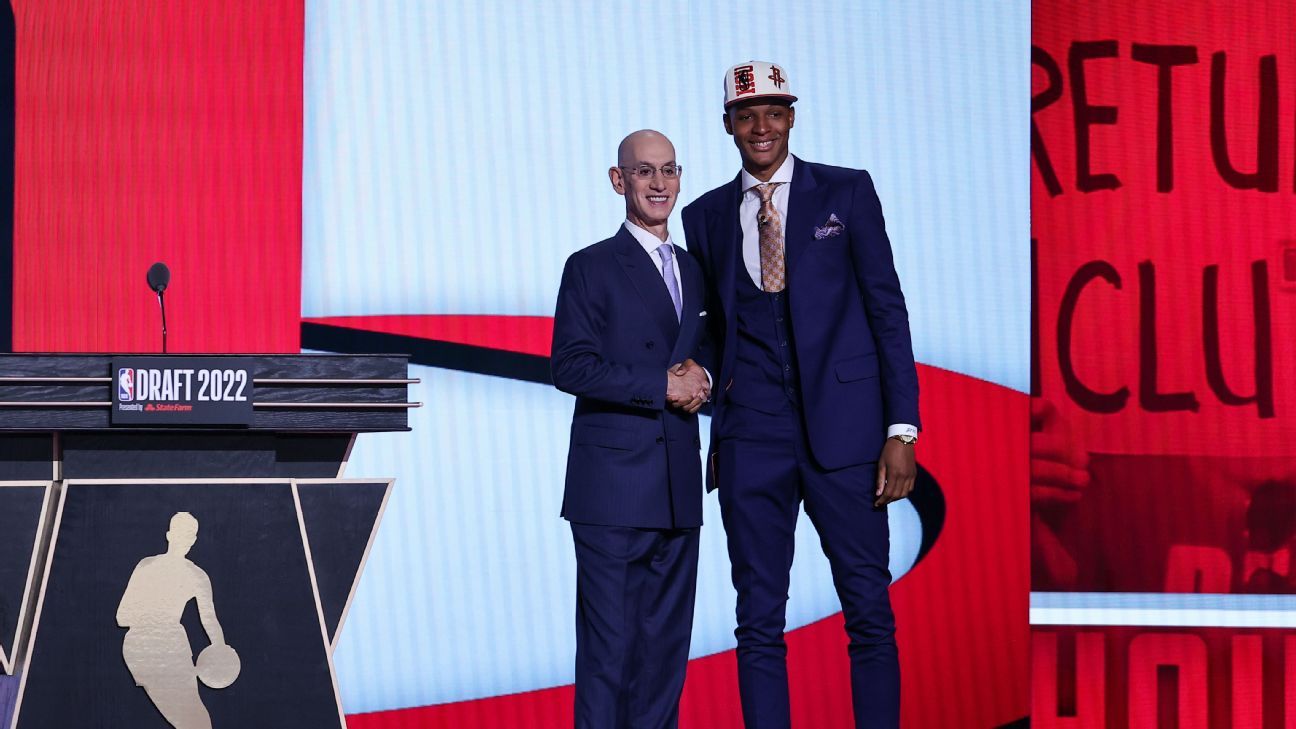 With the No. 1 pick in the 2022 NBA draft, the Orlando Magic selected Duke forward Paolo Banchero. The move came as something of a surprise, given that Banchero never