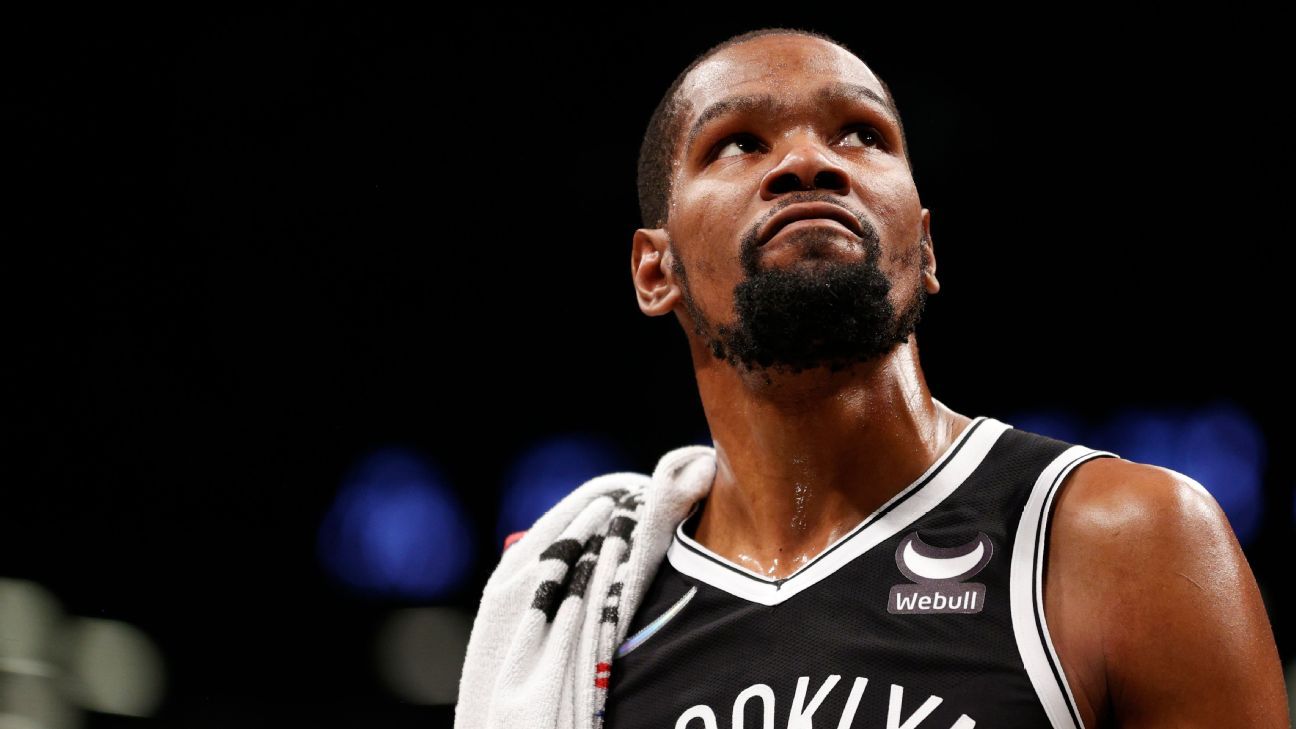 Nets general manager Sean Marks is working with Durant and Kleiman on finding a trade, Kleiman told ESPN. The Nets, however, are not buoyed to honoring any of Durant’s preferred destinations and plan to make a deal that allows them the greatest return of assets, sources told ESPN.

As the Nets prepare to move one of the most valuable trade assets ever on the market, the entire roster will available to discuss in deals, sources told ESPN. Teams have been calling on Durant, and the Nets will certainly look for a historic return on players and draft picks.

The Phoenix Suns and Miami Heat are among two of the teams that Kevin Durant has on his wish list, sources told ESPN. As Durant has four years on his contract, there’s no shortage of teams willing to unload assets for him.

He and Kyrie Irving had no contact with the Nets after Irving opted into his deal on Monday, and a sense of inevitability existed that Durant would eventually ask for a trade, sources told ESPN.

The Nets, picked by many before the season to win the NBA championship, finished with a 44-38 record, good for seventh place in the Eastern Conference — and a playoff berth solidified by a play-in game win over the Cleveland Cavaliers on April 12.

They were swept by the Celtics in the first round.

Over the last three seasons, the Nets played 247 games (including playoffs and play-in games). Durant and Irving were on the court together in just 58 of those games (23%).

Durant averaged 29.9 points, 7.4 rebounds and 6.4 assists this season, but he saw action in just 55 games during the regular season as he recovered from an MCL injury.

If he is traded, it would be the highest scoring average by any player that started the next season on a new team since Moses Malone was traded from Houston to Philadelphia following the 1981-82 season, according to ESPN Stats & Information.

Sportsbooks adjusted the odds to win next season’s NBA championship upon news of Durant’s trade request, with the Suns becoming the title favorites.

In other news, the Nets have acquired Royce O’Neale from the Utah Jazz in exchange for a 2023 first-round pick, sources told ESPN. The pick going to Utah will be the lesser of their own, Houston’s or Philadelphia’s, sources told ESPN.