Why might a 37-year-old who averaged 7.6 PPG last season be one of the most sought-after players when NBA free agency opens Thursday evening?

When P.J. Tucker returned to the NBA in 2012 after playing in a variety of European leagues, he was attractive as a popular NBA archetype: the 3-and-D wing player capable of knocking down open jumpers and defending opposing high scorers on the perimeter.

Over the past decade, the 6-foot-5 Tucker has helped push the league in a new direction. Having started at center for the Houston Rockets during the second half of the 2019-20 season, Tucker has in part established a new, trendy player type: the power forward who can slide to center as teams downsize in the playoffs.

All four teams who reached the 2022 conference finals, including Tucker’s Miami Heat, featured one. And now the Philadelphia 76ers, a rare team that won a playoff series without a power forward masquerading at center, could attempt to fill that need by stealing Tucker away from the rival Heat in free agency.

Let’s take a look at the rise of the combo big man and whether there are any others lurking in free agency.

Why teams downsize in the playoffs

It’s hardly shocking to learn that NBA teams play their centers less in the playoffs. During 2021-22, players who saw the majority of their action at center during the regular season (according to my analysis of lineup data from NBA Advanced Stats) played 20% of their teams’ minutes — exactly what you’d expect with five positions, though the exact percentages can vary a bit from year to year.

Come playoff time, players who were primarily centers in the regular season saw just 17% of their teams’ minutes, a little bit higher than the average for centers over the past four seasons (16%).

The conventional wisdom has been that the extra minutes taken away from centers go to wings, whose value heightens in the playoffs as teams increasingly switch on screens and want like-sized defenders who can space the floor. That truism doesn’t hold up.

Players whose primary position during the regular season was either shooting guard or small forward have actually played a tad less during the playoffs.

Instead, it’s point guards and particularly power forwards who have ramped up their minutes in the postseason. Players who saw the majority of their minutes at power forward during the regular season have played a full 23% of their teams’ playoff minutes over the past four years.

As important as having a wing who can slide to power forward (like the Golden State Warriors‘ series of small forwards: Harrison Barnes, Kevin Durant and most recently Andrew Wiggins) can be to the small-ball equation, it appears the two frontcourt spots are a little more interchangeable — and having a modicum of size on the court is important to teams.

This year’s postseason was basically a tribute to combo bigs. As noted, all four conference finalists had at least one big man who played at least 750 minutes at power forward in the regular season and at least 400 minutes at center during the playoffs: Al Horford for the Boston Celtics, Maxi Kleber for the Dallas Mavericks, Draymond Green for the Warriors and Tucker for the Heat.

Expanding the pool to the four teams that lost in the conference semifinals adds the Memphis Grizzlies‘ duo of Brandon Clarke and Jaren Jackson Jr., who largely replaced Steven Adams at center in the playoffs, as well as Giannis Antetokounmpo of the Milwaukee Bucks. The two exceptions in this group who rarely downsized at center were the 76ers and Phoenix Suns.

Looking back, recent champions have also featured these kinds of combo bigs. Antetokounmpo played far more at center during the 2021 playoffs for the Bucks (who also boasted Tucker, playing almost exclusively at one of the two forward spots as Milwaukee put size across the frontline), while smaller lineups with Anthony Davis in the middle were key to the Los Angeles Lakers‘ 2020 title run.

That season also featured the Heat moving Bam Adebayo from starting at power forward to center in the Orlando, Florida, bubble. That means, since 2019, only the 2020-21 Suns have made the NBA Finals without downsizing to a substantial degree.

The challenge for teams hoping to replicate the small-ball recipe employed by the past three champs? Finding players capable of both defending power forwards on the perimeter and anchoring a defense at center. Of the seven players who pulled off that combo role in the 2021 playoffs, only Tucker is a free agent this summer.

Restricted free agent Miles Bridges of the Charlotte Hornets could be a candidate to eventually join them. The 6-foot-6 Bridges played 291 minutes at center last season in tiny Charlotte lineups that struggled defensively (ranking in the 18th percentile among lineups leaguewide, per Cleaning the Glass analysis) but crushed teams offensively (98th percentile in offensive rating).

For teams looking at a value option, Toronto Raptors big man Chris Boucher might qualify. The 6-foot-9 Boucher protects the rim like a center, though Toronto has typically preferred him at power forward because of Boucher’s 200-pound frame. In 555 minutes without one of the Raptors’ centers (Precious Achiuwa, Khem Birch and Thaddeus Young) alongside Boucher, Toronto outscored opponents by 6.6 points per 100 possessions in 2021-22.

Juan Toscano-Anderson of the Warriors is also an option in this role. Toscano-Anderson played 315 minutes at center last season, during which Golden State outscored opponents by 9.6 points per 100 possessions.

Ultimately, Tucker is easily the most proven option available in free agency. He’s an especially intriguing fit for the 76ers, who haven’t really had an effective small-ball 5 option when star big man Joel Embiid is on the bench. (They tried Georges Niang in that role this past season with dreadful results; Philadelphia was minus-13.8 with him at center).

Reuniting Tucker and James Harden would allow Philadelphia to play switching-heavy defenses to give the Sixers a different look than the more traditional coverages they favor with Embiid. Adding that kind of frontcourt versatility wouldn’t guarantee the 76ers a deeper playoff run after losing in the conference semifinals the past two seasons, but it would follow the lead of the teams that made it one step further in the postseason. 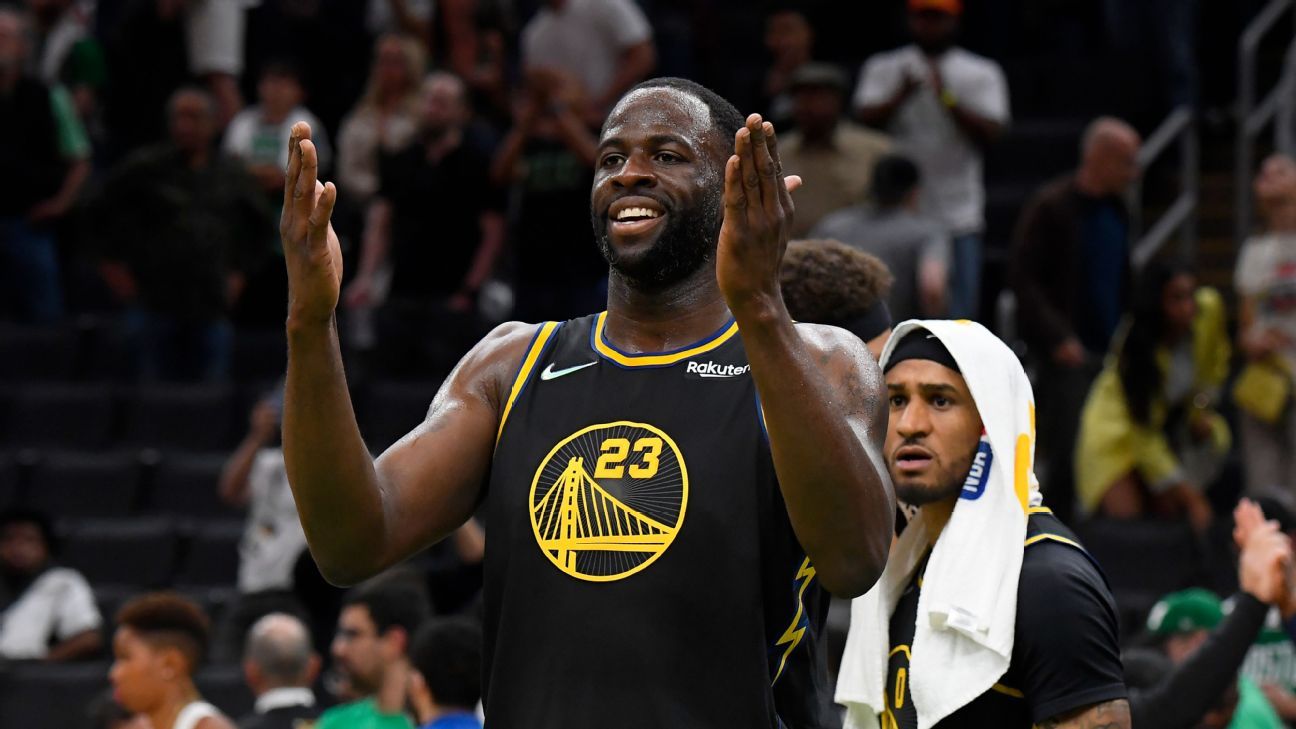 BOSTON — Steve Kerr has made a lot of high-pressure, large-stakes decisions during his NBA career. Like that afternoon in 1995 when he got fed up with Michael Jordan in

7:30 AM ET Anthony OlivieriESPN.com Ellen Burns needed a break from the crowd. Her New York Mets were hosting an afternoon game against the reigning World Series champion Atlanta Braves 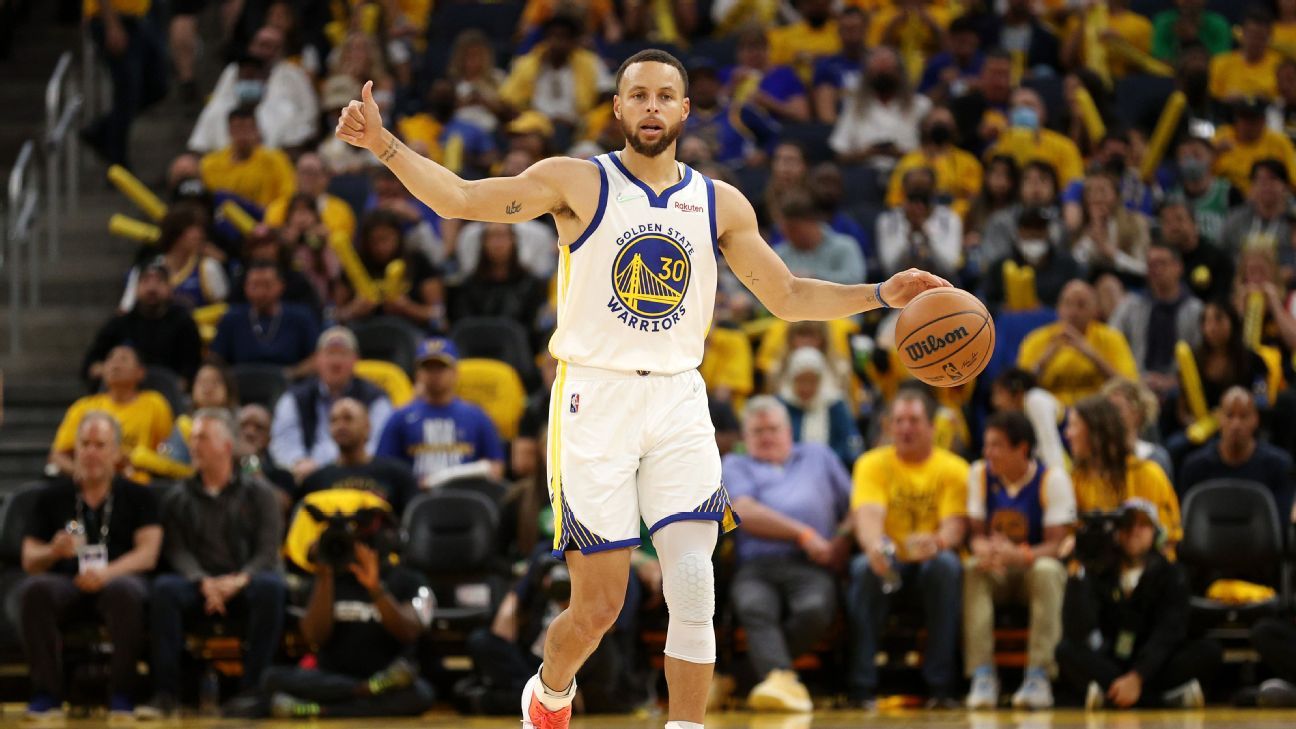