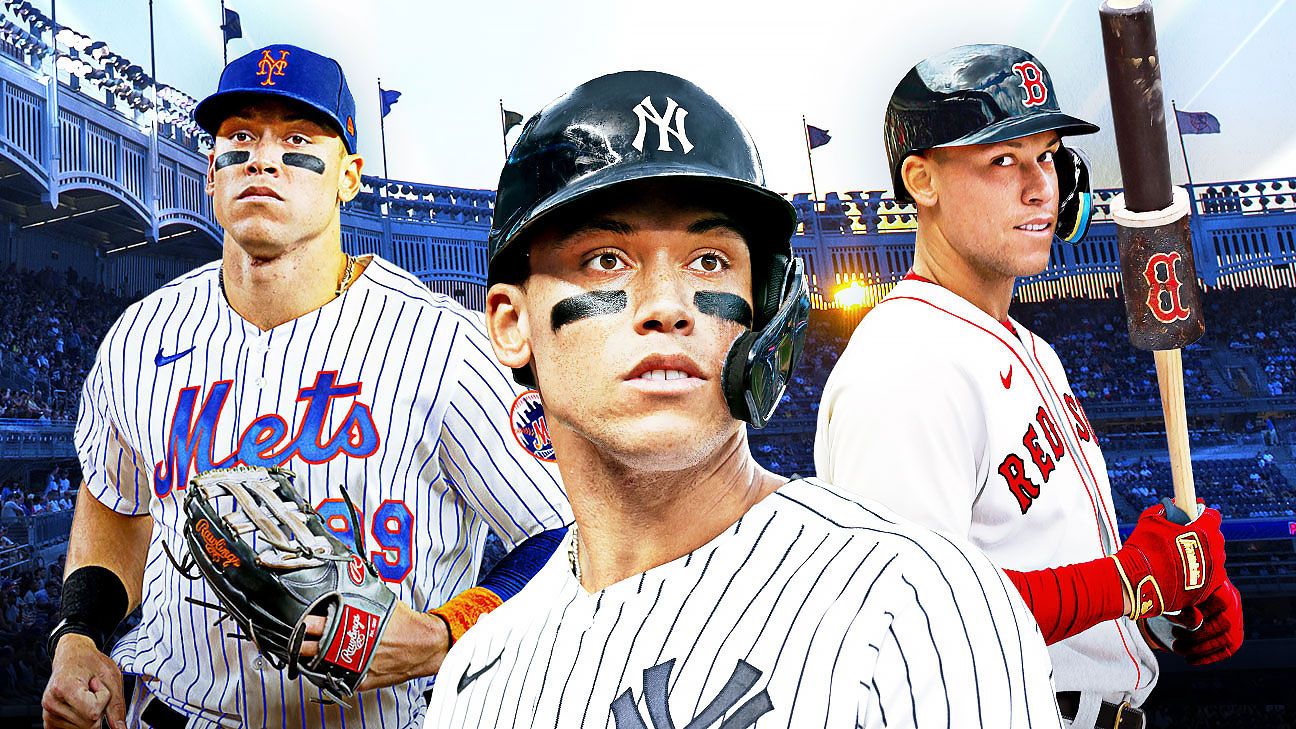 The long-standing refrain about baseball free agents is that it takes just one aggressive owner to change everything. Arte Moreno swooped in to sign Albert Pujols for the Angels. The Mariners, needing a franchise reset in the moment, stunned other clubs by landing Robinson Cano for a 10-year, $240 million contract. The Mets’ Steve Cohen, hell-bent on winning a World Series, landed Max Scherzer last winter for a record-setting $43 million salary.

Assuming Aaron Judge reaches free agency — there are no ongoing contract talks between he and the Yankees, and the two sides are scheduled for an arbitration hearing Friday after failing to come to terms on his 2022 salary — he may inspire that kind of frenzied response from one or more owners and land a contract way beyond the $213.5 million offer the slugger rejected in the spring.

Judge is having the kind of monster season that could check just about every box a billionaire owner might have. Yes, his production is difference-making; he’s the early front-runner to win the AL Most Valuable Player Award. Yes, he is a strong defender, with the sort of athleticism that may help him remain effective deep into a long-term contract. Yes, he has a big brand, as literally the biggest player in the history of Major League Baseball — someone who has worked and thrived in the league’s biggest market. Yes, he’s perceived as a really nice guy, a good teammate; he’s very likely to gracefully handle the responsibility of being the face of any franchise. He’d probably slam dunk any meeting with any interested owner.

And yes, he has remained relatively injury-free, at least throughout 2021 and through the first third of 2022. The last time he was on a non-COVID injured list was in September 2020.

With all that in mind, here’s an assessment of which teams might be willing to alter the salary landscape with a whopper offer to Judge.

Farhan Zaidi’s tenure as head of baseball operations for San Francisco has been highlighted by his payroll management. As Buster Posey and the other core stars of the championship seasons have moved on, the Giants have gradually reduced their payroll and long-term obligations, so much so that the franchise has only one player under contract for 2024: pitcher Anthony DeSclafani, who is owed $12 million for that year. The Giants have the wherewithal, in financial power and flexibility, to outbid all other teams for Judge or any other player.

Judge went to high school less than 100 miles from the Giants’ Oracle Park, and maybe this will be a lure for him. It’s also possible that the high taxes in his home state could be a factor in his negotiations. Just as Barry Bonds once inspired a mountain of ticket sales in San Francisco, the Giants’ leadership is undoubtedly well aware that Judge possesses the sort of star power to fill seats for a generation.

Judge is perfect for this team in so many ways — for the lineup, for the defense, for the marketing. He would provide the middle-of-the-order power that the Cubs desperately need as they rebuild, the heavyweight masher amid a lot of complementary offensive pieces. The Cubs are looking for a strong defensive center fielder, and Judge could be that in the first years of the contract.

And Judge could be the sort of star who pleasantly distracts the fans in the Wrigley Field bleachers as they construct beer cup snakes and sing along in the seventh-inning stretch. The Cubs are a big-market team with a small-market payroll, and they have plenty of financial flexibility, if they want to use it.

But would Judge want the Cubs?

“He wants to win. He’s not going to sign with a loser like the Cubs are right now,” a rival evaluator said. “I don’t see him signing up for the rebuild.”

Cohen and general manager Billy Eppler have other priorities going into this offseason. There remains an industry perception that another industry star, the Brewers’ president of baseball operations, David Stearns, could be headed to Queens to join the Mets. Resources might be needed to retain Jacob deGrom, lock up Pete Alonso to a long-term deal and address roster shortcomings.

Still, if Cohen wants the player, he could get the player — and at the very least, he could drive up the price for the Yankees or some other team by being the unpredictable wild card in the bidding.

“I would not rule Cohen out of anything,” a rival evaluator said, “especially if he gets close this year and doesn’t win it.”

There is a compelling reason for the Mets to hold back some financial ammunition into 2023: Shohei Ohtani. Eppler’s connection with Ohtani was viewed as the reason the Angels landed the two-way player, and now that Eppler is with the Mets, they could be uniquely positioned to take a run at the All-Star pitcher/DH.

This is a franchise that traded Mookie Betts, stunned Xander Bogaerts with a shockingly light extension offer and apparently has made few inroads on a long-term deal with Rafael Devers.

So why might Boston owner John Henry get involved with Judge?

Because he’s responsible for the trade of Betts; greenlighted the offer to Betts; and hasn’t locked up Devers. There is unrest among Red Sox fans, many of whom have become convinced their team has become allergic to spending big money. The signing of Judge would change that narrative, rip the Yankees’ best position player out of their lineup, and get Red Sox fans turning out early to watch Judge put divots in the aluminum siding that protects the Green Monster.

They have been involved in far more than their share of megadeals, from the trade-and-sign for Betts to the trades for Yu Darvish, Manny Machado, Scherzer and Trea Turner. L.A. has been baseball’s biggest spender over the past decade, so you can’t rule the Dodgers out.

But Andrew Friedman, the head of baseball ops for the Dodgers, has demonstrated that he has his limits — which is why they didn’t aggressively go after Giancarlo Stanton or Bryce Harper. It seems unlikely the Dodgers would dole out another enormous contract to another 30-something outfielder.

Like the Giants, they have some payroll flexibility moving forward, as they demonstrated by landing Carlos Correa — and assuming Correa won’t stay the full term of the three-year deal he signed with Minnesota, those dollars could be devoted to Judge. But it seems highly unlikely Judge would land anywhere other than with a big-market team.

One evaluator suggested the team might be wise to be preemptive this winter. First, they could approach Ohtani about a long-term deal, and if there sense is that Ohtani might leave as a free agent, they could flip him in a trade and instead use the available dollars on a son of California, Aaron Judge. Moreno has shown he can be impetuous.

The offer they made to Judge in the spring would have made him the second-highest-paid outfielder in the big leagues, with a greater salary than Betts, Harper and Stanton, and less than only Trout. Many agents and rival evaluators thought the team’s spring offer was fair and in line with market precedent. 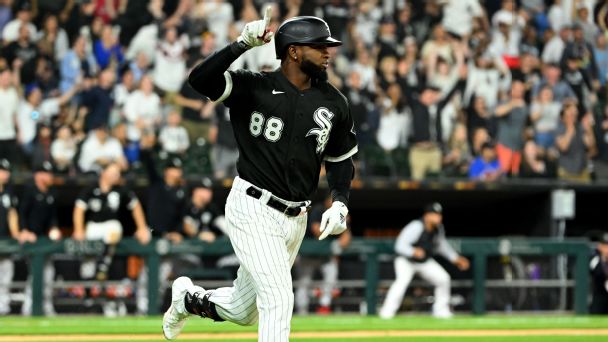 But if Judge stays healthy and threatens 60 homers, becoming the biggest story in sports late in the season, then Hal Steinbrenner may well have to increase that offer significantly. Steinbrenner and general manager Brian Cashman have shown a willingness to walk away if they don’t like the price, with the most notable example being Cano. This will be a very different circumstance, though, given Judge’s popularly and preeminence, and in the what-have-you-done-for-me-lately culture of professional sports, Steinbrenner’s handling of this negotiation is bound to be a litmus test in the eyes of a lot of Yankees fans.

“If [Judge] signs with another team, it’d be like Alex Rodriguez going [from Seattle] to Texas. He’d disappear,” a rival executive said. “No matter where it is, he wouldn’t have the same impact [on the baseball landscape] than he would if he just stayed with the Yankees. If he stays with the Yankees, he’ll be the next [Derek] Jeter — they’d probably make him captain, and he’ll make twice as much money in endorsements than anywhere else.” 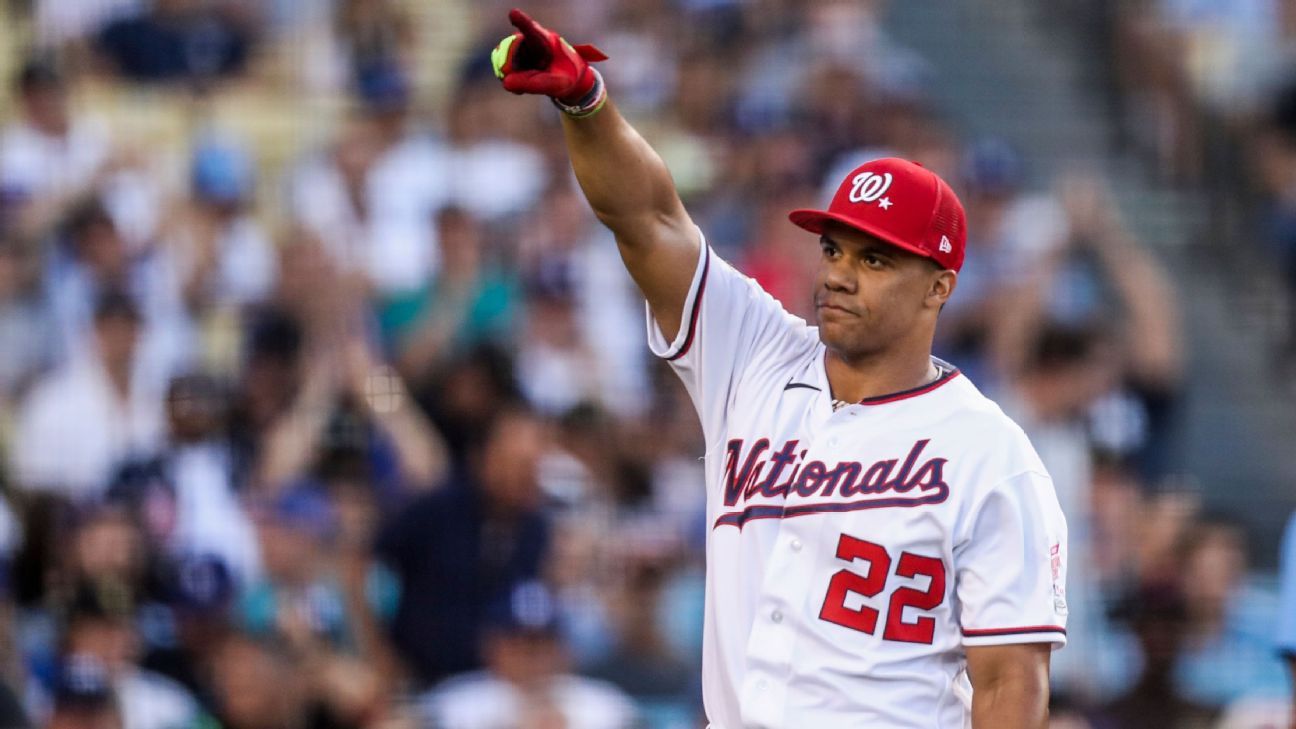 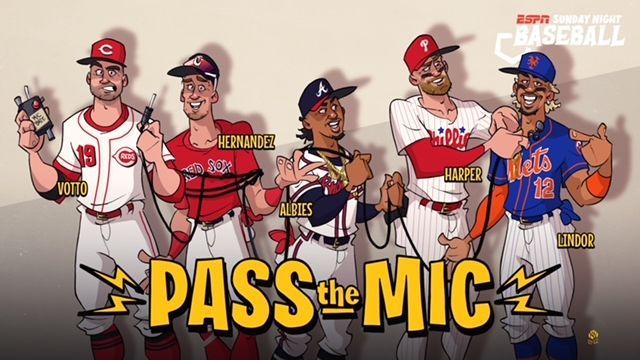 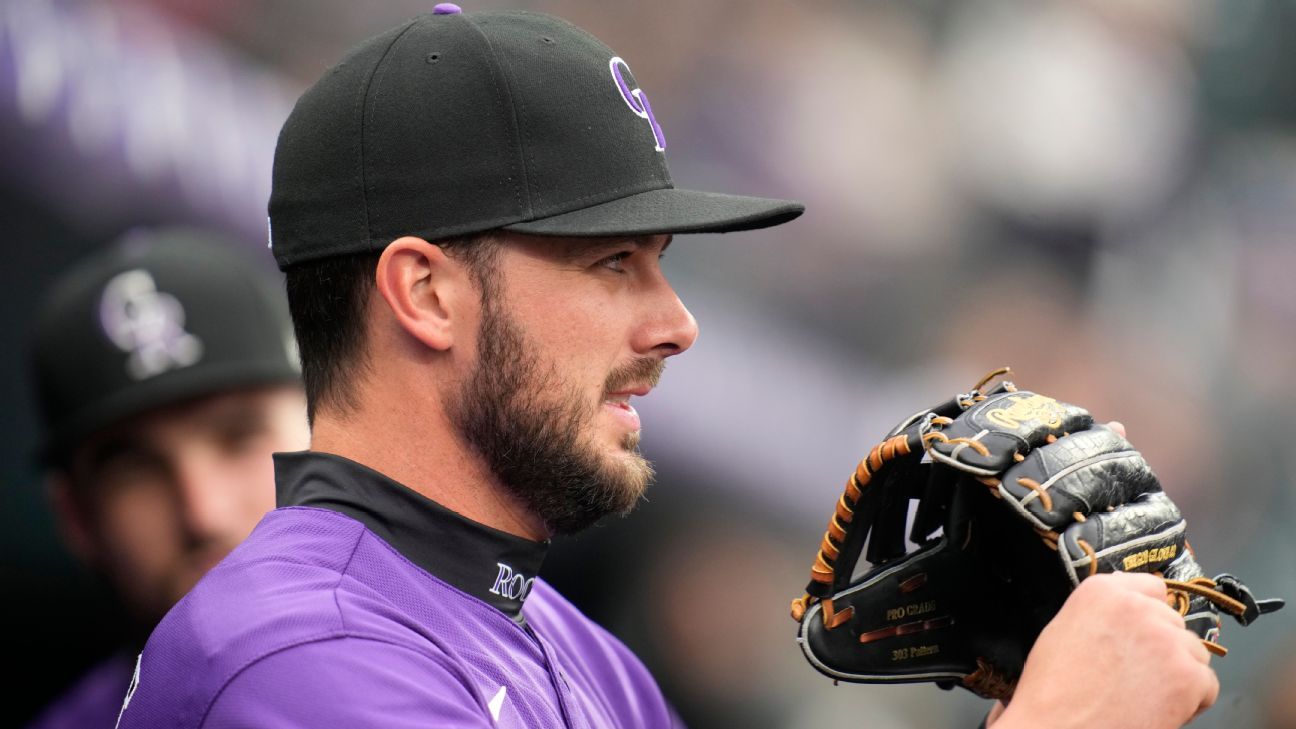