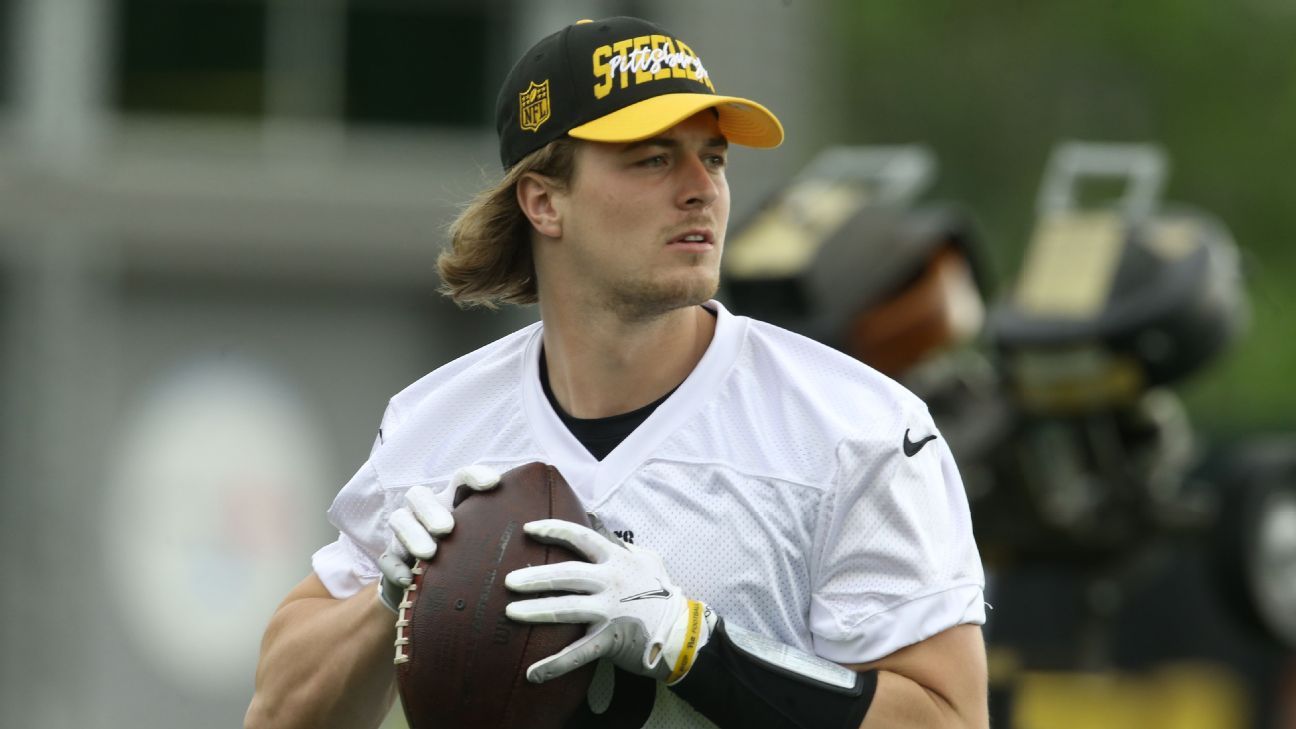 With the NFL draft in the rearview mirror, we now have a much better grasp of what every team’s roster core will look like this season. That makes now a good time to take a look at projections for 2022 rookies.

The recent move to a 17-game season will inevitably lead to higher production from rookies than we had seen before 2021, but we also need to keep in mind that first-year players tend to experience a learning curve. So who will stand out? Which newly drafted players will lead the pack in major statistical categories? How many yards should we expect to see from first-round quarterback Kenny Pickett? Which of the talented receivers in the class will have the most production, and who will pace all rookies in tackles?

Let’s take a look at the top-five projected leaders among rookies in a variety of categories for the 2022 season. These team and player projections are my own, compiled through a thorough process that is both quantitative (league, team, coaching and player trends) and qualitative (projected depth-chart placement and role). And for full statistical outlooks, head over to our projections page to sort and filter through the entire league. I update it often leading up to the start of the season.

This year’s quarterback class was viewed as one of the worst in the modern era. Only one quarterback came off the board in the first round — Pickett at No. 20 overall — and none were selected in the second round.

Pickett very well could win the Week 1 job, but for now veteran Mitch Trubisky is the front-runner — and in this exercise Pickett is projected for seven starts. His yardage projection ranks 19th and touchdown pass projection ranks 16th among first-round quarterbacks over the past decade.

Ridder (No. 74), Willis (No. 86) and Corral (No. 94) were selected in the third round. Ridder and Corral have the easiest path to significant rookie-season playing time, with Marcus Mariota and Sam Darnold their competition, respectively. Ridder and Corral are projected for eight starts, whereas Willis is barely expected to see the field behind veteran Ryan Tannehill. Of course, that might change if the Titans fall out of the playoff race.

These projections might seem conservative, but it is important to note that over the past decade, only three third-round quarterbacks (Russell Wilson, Davis Mills and Mike Glennon) have cleared 1,700 passing yards and six touchdowns in their rookie campaign.

As for Howell, fifth-round quarterbacks have a total of 84 dropbacks over the past decade, so he is obviously a long shot to play much behind Carson Wentz and perhaps Taylor Heinicke.

Fifteen rookie running backs have rushed for 1,000 yards over the past decade. Hall will look to add to that list after landing with the Jets in the second round of April’s draft.

Of the 15 to reach 1,000 yards, seven were first-round picks, but a few second-rounders pulled it off (Eddie Lacy, Jonathan Taylor and Jeremy Hill), and Nick Chubb (996) just missed the cut. Hall figures to defer some carries and plenty of passing-down work to second-year Michael Carter, but the Iowa State alum is a good bet to pace the Jets in carries.

Pierce was the seventh back drafted, but the fourth-rounder has a path to significant work with Marlon Mack (who has barely seen the field the past two seasons) and 32-year-old Rex Burkhead as his competition for touches.

The 217-pound Spiller also was picked in the fourth round by the Chargers and has an excellent shot at 6-8 carries per game as a complement to Austin Ekeler. Only nine fourth-round running backs have reached 500 rushing yards in Year 1 over the past decade, so we don’t want to get carried away, but Carter and the Patriots’ Rhamondre Stevenson both hit the mark in 2021.

Walker is a wild card here considering durability concerns surrounding Rashaad Penny and Chris Carson in Seattle. For now, this assumes both veterans appear in 13 games. If Carson is unable to return, Walker would easily leap to second on this list.

Allgeier’s projection would place him seventh among fifth-round rookie running backs over the past decade. Of course, Atlanta has to hand the ball to someone, and Allgeier’s primary competition right now is 31-year-old Cordarrelle Patterson (who also takes snaps at wide receiver) and 30-year-old Damien Williams.

It shouldn’t be shocking to see four rookie receivers projected for over 800 yards. London (No. 8 overall) has the clearest path to massive usage with little competition for targets on the perimeter in Atlanta. Burks (No. 18) is in a similar spot in Tennessee after A.J. Brown was traded and with Robert Woods recovering from a torn ACL.

Wilson (No. 10) has a tougher path to targets with the likes of Elijah Moore, Corey Davis and Braxton Berrios ticketed for roles with the Jets. However, 865 yards is the fewest receiving yards posted by a rookie receiver selected in the top 10 who appeared in at least 12 games since 2011.

Olave (No. 11) saw his projection take a hit when New Orleans signed Jarvis Landry, but the rookie will remain a key offensive target, and his role could rise even further if Michael Thomas misses additional time.

Second-rounder Pierce is a bit of a surprise on this list, but even in a run-heavy offense, he has a clear path to a big workload opposite Michael Pittman Jr. He just beat out Jameson Williams (No. 12 overall), who might miss time as he recovers from a torn ACL, as well as Jahan Dotson (No. 16), Christian Watson (No. 34) and Skyy Moore (No. 54).

Cook just missed the top five in our earlier rushing yardage list, but that is simply because (A) Buffalo throws so much, and (B) Devin Singletary is expected to remain the Bills’ lead rusher.

Cook, at 199 pounds, isn’t quite as big or well-rounded as his brother Dalvin Cook, but he is a terrific pass-catching prospect and figures to slide right in as the team’s top receiving back. This yardage projection would rank 21st among rookie backs over the past decade and aligns almost perfectly with the production from Carter (325) and Javonte Williams (316) in 2021.

Forty-one rookies have scored eight touchdowns over the past decade. But with teams leaning more on running back committees, receiving tight ends and three- and four-WR sets, we have seen fewer high-end touchdown totals from rookies over the past few seasons. In fact, in 2019, only two rookies cleared seven touchdowns, and none were above nine. Six reached eight in 2020, but even with the extra game, only two did in 2021 (Ja’Marr Chase, Najee Harris).

Eight of the top 11 rookie scorers of the past decade have been running backs, so it shouldn’t be surprising to see Hall atop this list. He is nearly 20 pounds heavier than Carter and a good bet for primary goal-line work in New York.

Watson and Moore just missed the cut in our receiving yardage projections, but the two receivers will benefit from playing in high-scoring Green Bay and Kansas City offenses, respectively. Burks and Wilson won’t get quite as good quarterback play, but that will be offset a bit by high projected volume. Drake London just missed the cut as he is docked for playing in an Atlanta offense likely to struggle for touchdowns. Note that only 26 wide receivers have reached seven touchdowns over the past decade (10 more reached six).

Mike Clay raves about Skyy Moore’s addition to the Chiefs offense and how that will affect fantasy managers.

Rookies totaled 3,078 tackles last season, which is the fewest since 2015 and a hair below the 3,108 average during the prior 10 seasons. Luke Kuechly’s 164 tackles in 2012 are the most by a rookie over the past decade — though he is one of only six rookies to reach 130 tackles during the span. All six were picked in the first two rounds of the draft. Last season, Nick Bolton‘s 112 tackles led all rookies, with Micah Parsons (84) the only other rookie to reach 80.

Hamilton is expected to slide in as the box safety for a Ravens’ defense that figures to use a lot of three-safety looks this season. Though a linebacker generally leads the rookie class in sacks, it wouldn’t be too unusual for a safety (Hamilton in this case) to lead the way. Jeremy Chinn (116 in 2020) and T.J. Ward (105 in 2010) are the last two safeties to pull it off. The same logic applies to Cine, who is the favorite to replace Xavier Woods opposite Harrison Smith in Minnesota.

Lloyd is a good bet for a substantial workload as a rookie, though he will be competing for tackles with fellow inside linebacker Foye Oluokun, who had 192 tackles with Atlanta last season.

Probable Day 1 starters Stingley and Gardner’s projected tackle totals would rank fourth and seventh among first-round rookie corners over the past decade.

I’ll preface this with the same thing I said last year: These are going to seem ridiculously low at first glance. But that’s intentional.

We just laid out the current situation with the top four names on this list, with McDuffie the only newcomer. The first-round pick is likely to line up opposite Rashad Fenton with L’Jarius Sneed in the slot for a Chiefs’ defense that has faced the fourth-most pass attempts over the past five seasons.

Of course, this was an unusually elite class in terms of top-end edge rushers, so we need to look at how early-first-rounders have fared in the past.

The sack projections for Walker, Hutchinson and Thibodeaux (all top-five picks) would rank in the top 20 first-round picks over the past decade. Speaking of first-round picks, Karlaftis has a path to a starting role opposite Frank Clark in Kansas City, whereas Johnson will battle Carl Lawson and John Franklin-Myers for edge work in New York. 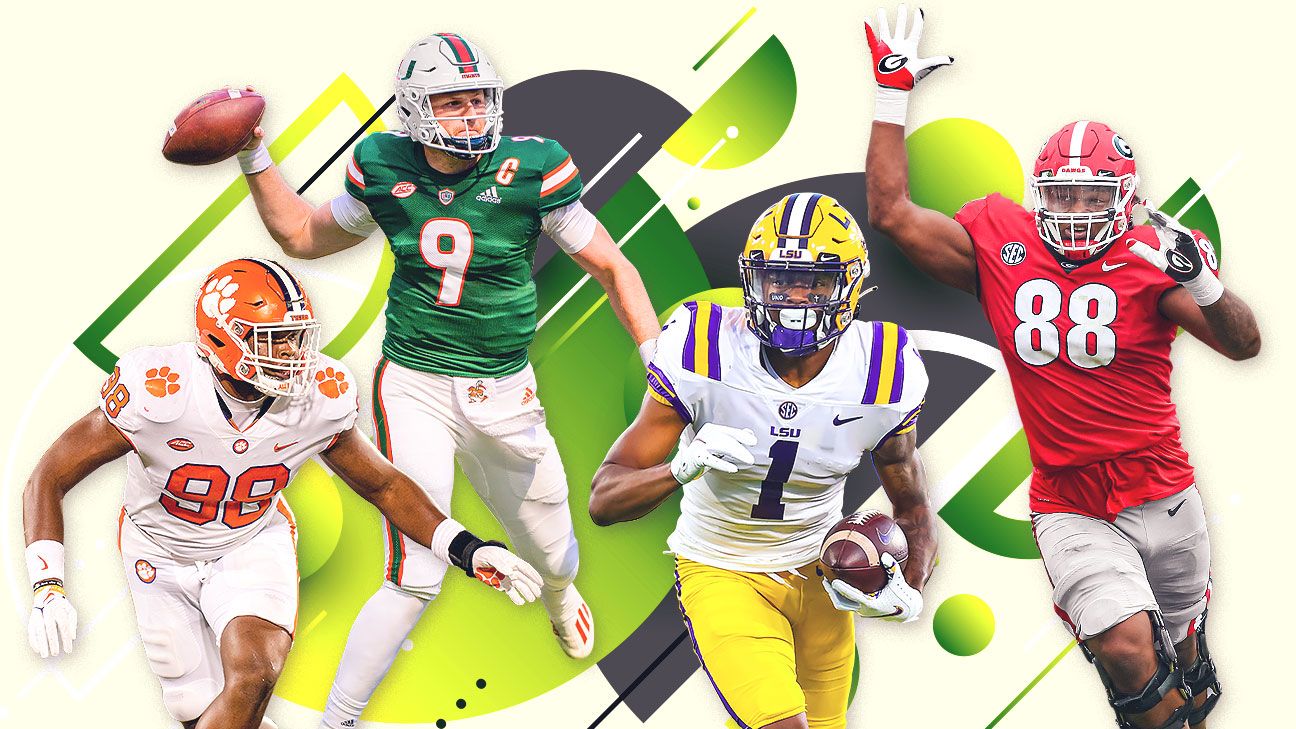 7:00 AM ET Jordan ReidESPN All is right again, as the 2022 college football season is finally here. Week 0 marks the start of a new journey for the NFL 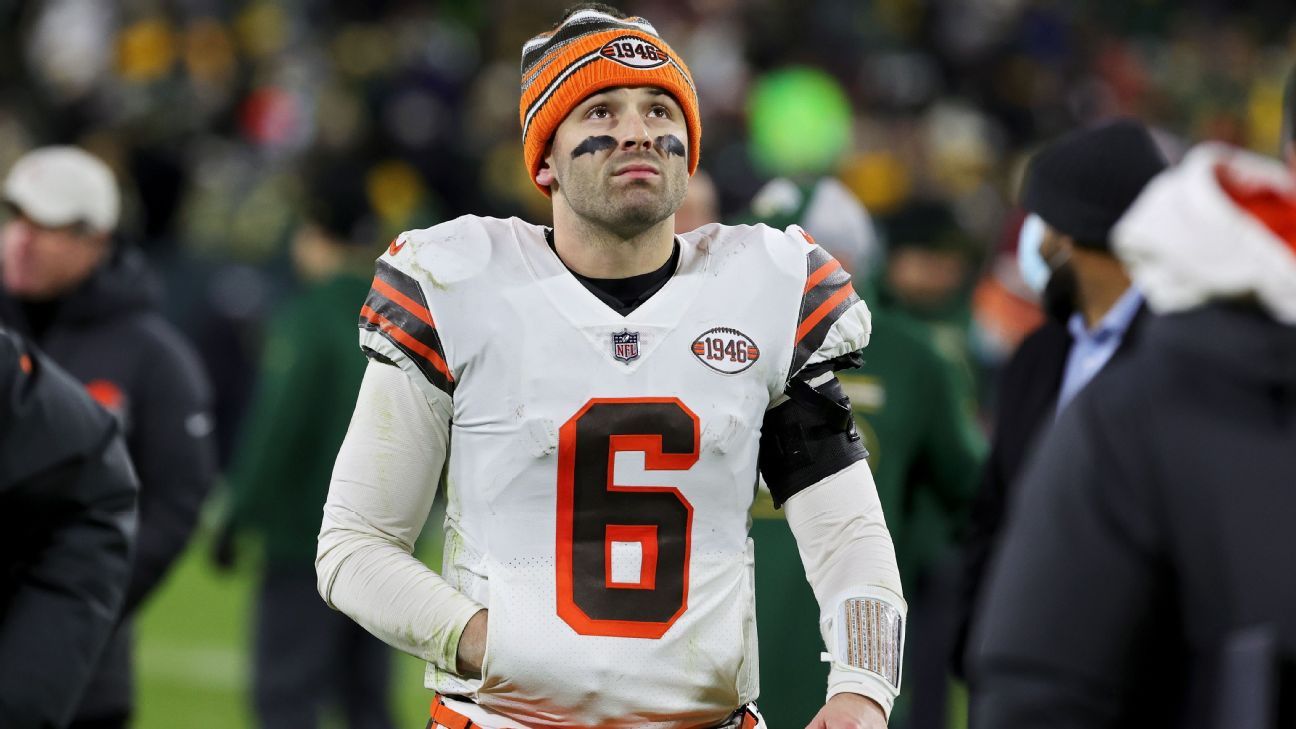 BEREA, Ohio — The NFL draft came and went, and quarterback Baker Mayfield is still a member of the Cleveland Browns. The Browns couldn’t swing a trade with the Carolina 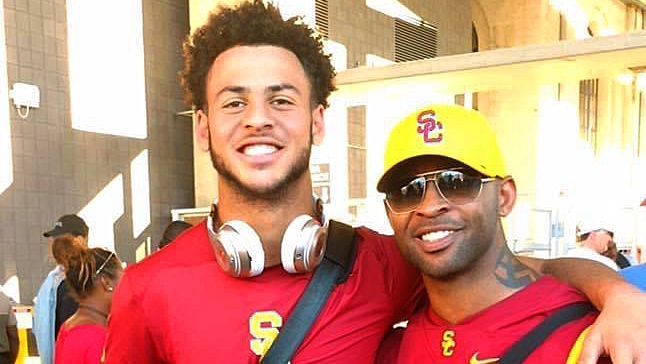 Like father, like son. That’s certainly the trend in professional sports. More than a few players in the NBA, NFL, NHL and MLB have followed in the footsteps of their