Who would Juan Soto help most? We traded him to all 29 other MLB teams to find out 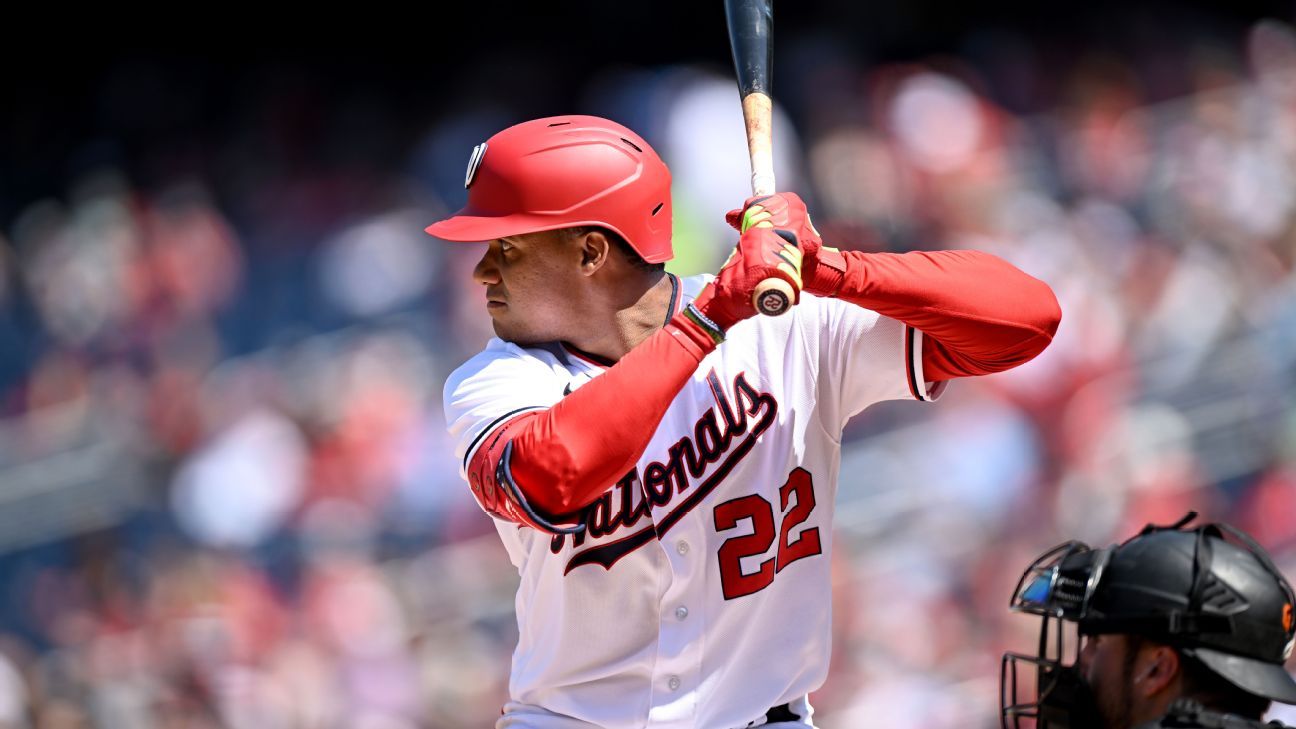 We’re still about two months away from the trade deadline and the scuttlebutt that always precedes the anticipated date has ramped up. And yet one prominent name — who might or might not even be a candidate to change teams by the time the deadline rolls around — has already generated plenty lot of buzz.

But if Soto really is a trade candidate by July, then it’s only a slight exaggeration to suggest that the 2022 season that we’ve watched unfold over the past few weeks could be turned upside down. Soto is that good.

A few years ago, in 2018, when former Oriole Manny Machado was nearing free agency and toiling for a rebuilding team, he emerged as a prime trade candidate. At the time, we looked at how a Machado trade might affect the title chase. We did that by trading Machado — virtually of course — to every team, then seeing how the numbers shook out.

Soto’s circumstances are different. He’s not in a walk year, first of all, and a team that trades for him would obtain his services for more than just this season. Also, while Machado seemed like a lock to leave the Orioles at the time — he was dealt to the Dodgers, then signed a 10-year deal with San Diego — we can’t say the same thing about Soto and the Nationals.

So this exercise is more speculative than what we did with Machado. But it seems worth doing, considering what kind of impact a Soto trade would have on this season. There’s not a team that Soto wouldn’t help — yes, even considering Soto’s “slow” start, at least by his prodigious standards. We are assuming what is likely to eventually happen: That Soto will go back to producing like the mighty force he’s been ever since he arrived in the majors.

We’re not matching up trade packages here. The assumption is that every team, if it digs deep enough, could cobble together a group of players with enough future value to match the Nationals’ needs.

Roughly along the same lines, we’re assuming that future value in a deal would come in the form of prospects or raw big leaguers. Thus, a team’s current top big league producers wouldn’t be part of a deal. We’re just adding Soto to the mix.

We’re also not sweating the positions. You make room for Soto and then figure out what you’re doing with everyone else.

Obviously, Soto would boost every team’s projected win total, but we’re more interested in playoff and championship odds. Are there teams for which Soto would be a tipping point acquisition to help them get to the next level, whether that’s a postseason spot or a World Series title?

After plugging Soto into every team’s depth chart, one at a time, and balancing out the playing time, we ran 1,000 simulations of the remaining schedule, determining each team’s win boost and the changes in postseason odds.

Teams within each group are ordered by their post-Soto-acquisition total of projected wins.

These teams are already prime contenders and likely postseason participants, so getting Soto puts them in the thick of the World Series chase — and keeps him away from the other key competitors on the same level.

There are a couple of ways to look at the top spot.

The Dodgers would be dropping Soto into a position group that even before the season was already being touted as historically great. With Soto, they create more separation from the rest of the majors and their title odds leap. But before you go cursing the inevitability: It’s baseball, so even a version of the Dodgers with Juan Soto only has a 23.3% shot at winning it all. 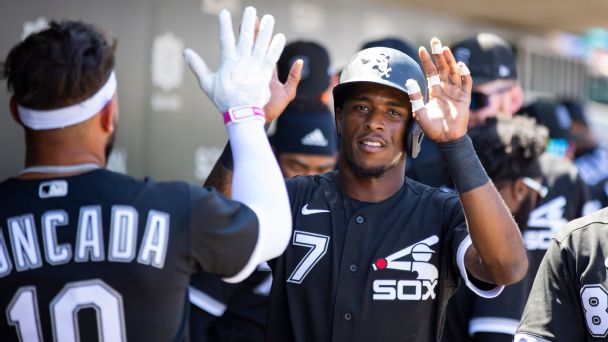 How far away from winning it all is your favorite MLB team?

In terms of playoff odds, the biggest gainer in this group would be the Braves. The defending champs have started the season in decidedly mediocre fashion and have fallen into a clear second tier in the National League East, along with Philadelphia and Miami. But the Mets, obviously the division’s best team, still haven’t pulled away, and with Soto, the Braves’ shot at the NL East skyrockets. It’s not listed here, but Atlanta’s chances of winning the division would improve by 16%, the largest such gain in the majors.

Adding Soto would also keep him from the Mets — and as you can see, there are several divisions that might be decided if one contender lands him at expense of a division opponent.

The AL East, NL East, AL Central and, possibly, the NL Central could all arguably tilt one way or the other based on where Soto ends up.

Hold off on October vacation plans

Getting Soto would push these playoff hopefuls from the “could be” category to the “should be” column.

These are teams who could go either way. Their first six weeks largely fall into two categories: Good starts that exceed how they look in the projection system (Twins, Angels, Giants, Cardinals), or so-so starts that haven’t yet taken away from how good they look from a forecasting standpoint (Red Sox, Phillies). All of them are playoff contenders, and all would become playoff favorites with Soto on board.

It’s hard to see how the Phillies would sort out their defensive alignment with Soto on the roster, but of course they already have that problem. The most intriguing fit also might be the team most helped by Soto’s addition: The Giants, in part because they have the resources to make a strong run at getting Soto to stick around long term if the Nationals are unable to do so.

If San Francisco adds Soto in a high-powered division race that features a title favorite in the Dodgers and a strong contender in the Padres, it would make for an awfully fun race. And it might justify some of those premature suggestions that this year’s NL West is one of the best top-to-bottom divisions ever.

Lightning in a bottle?

These teams seem to be headed for a moribund campaign, but Soto might be enough of a boost to make a playoff run more than a faint hope.

We probably stretched the parameters of this group a bit, just to get more than three teams in here. The Guardians, Mariners and Marlins are really the trio whose probabilities are strong enough that wishing for a Soto-led postseason charge isn’t that far out of the range of possibility.

The Marlins, by the way … wouldn’t that be something? If a Miami team with that pitching staff and Soto anchoring the lineup were to squeeze into the October bracket, that would not be an easy out. Go for it, Miami.

Not even Soto can save you

These teams would be better with Soto. But better is different than good.

Of course, here we point out once again that trading for Soto is not just for this season. You’ve got him next year, too.

For the Royals, Orioles and Tigers — teams that have been mired in multiyear rebuilds and are trying to switch modes — bringing in Soto would be a great way to get a jump start on 2023.

The Orioles are particularly interesting. Baltimore finally is showing signs of coming out of its long makeover, and the recent promotion of Adley Rutschman is the latest step in that direction. But Mike Elias’ Orioles haven’t spent any money during their rebuild. What better way to declare that you’re ready to go toe-to-toe with the behemoths of the AL East than to trade for Soto? 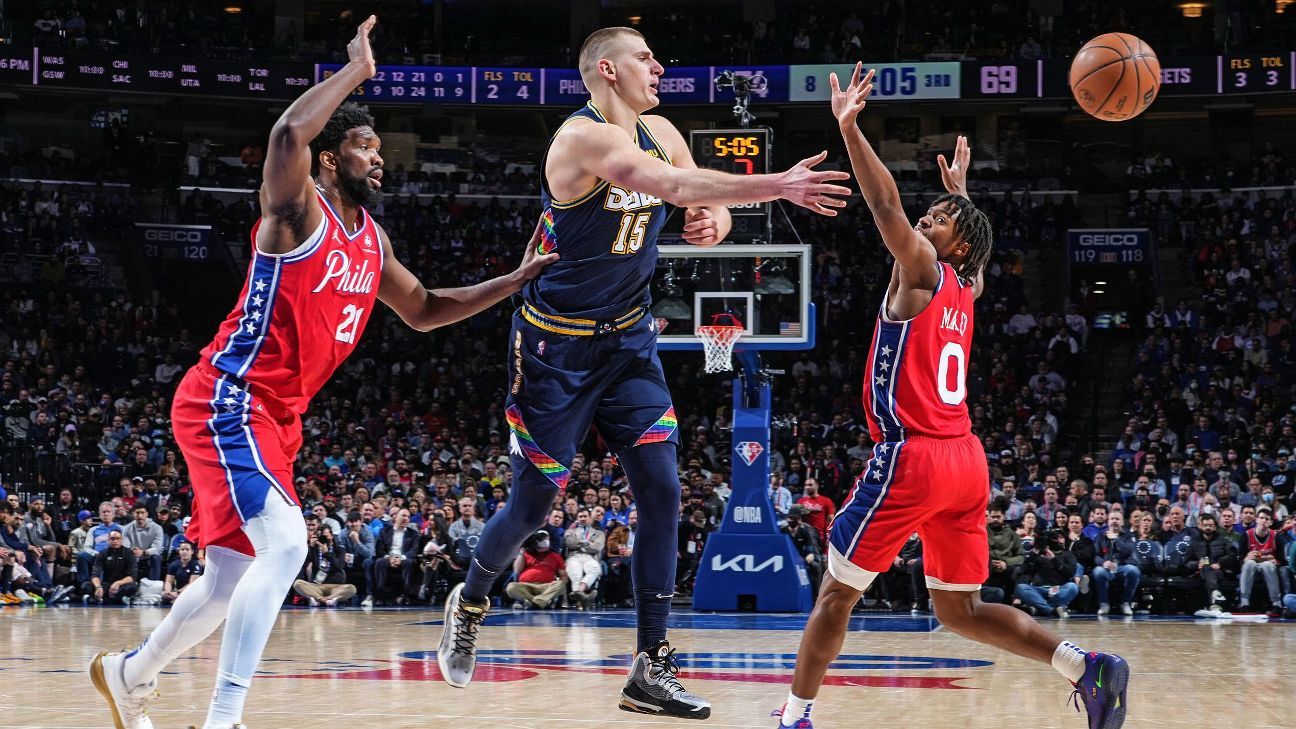 After an unpredictable and sometimes ragged NBA regular season, it’s finally awards time. With just three days until the playoffs, here is my official ballot. MOST VALUABLE PLAYER 1. Nikola 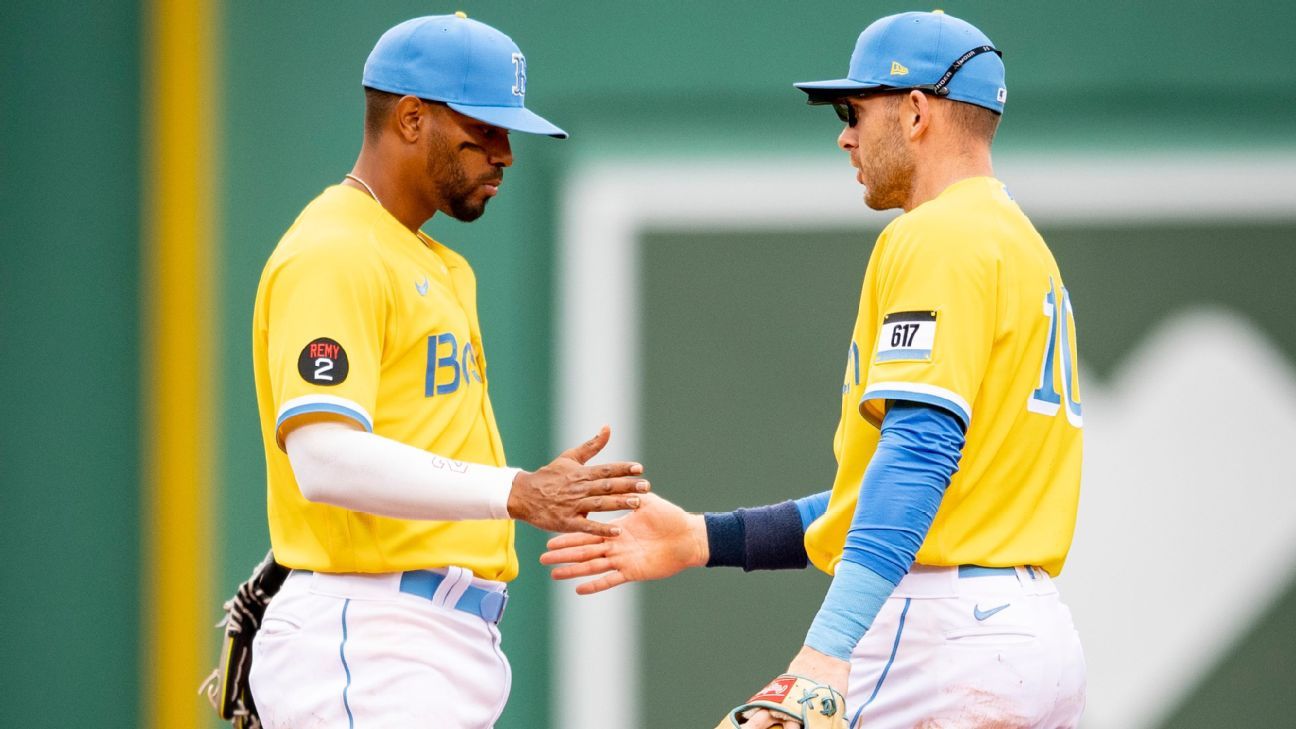 BOSTON — Xander Bogaerts had never made secret his desire to be a member of the Boston Red Sox for life, a goal he’d publicly stated dating back to his 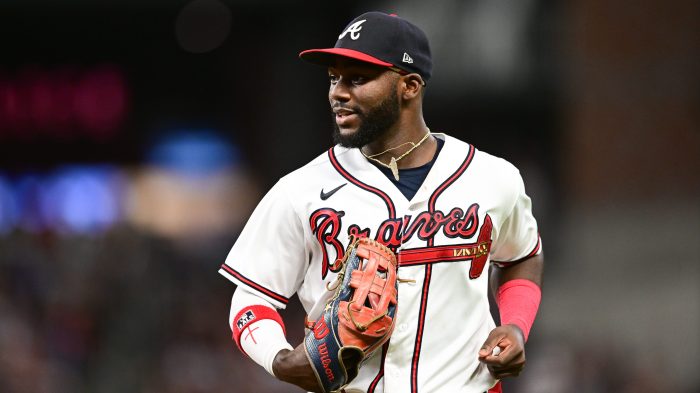 STOCKBRIDGE, Ga. — “Country” is a loaded term. As a noun, it describes a nation-state, a stretch of land with defined borders and customs. As an adjective, it describes the