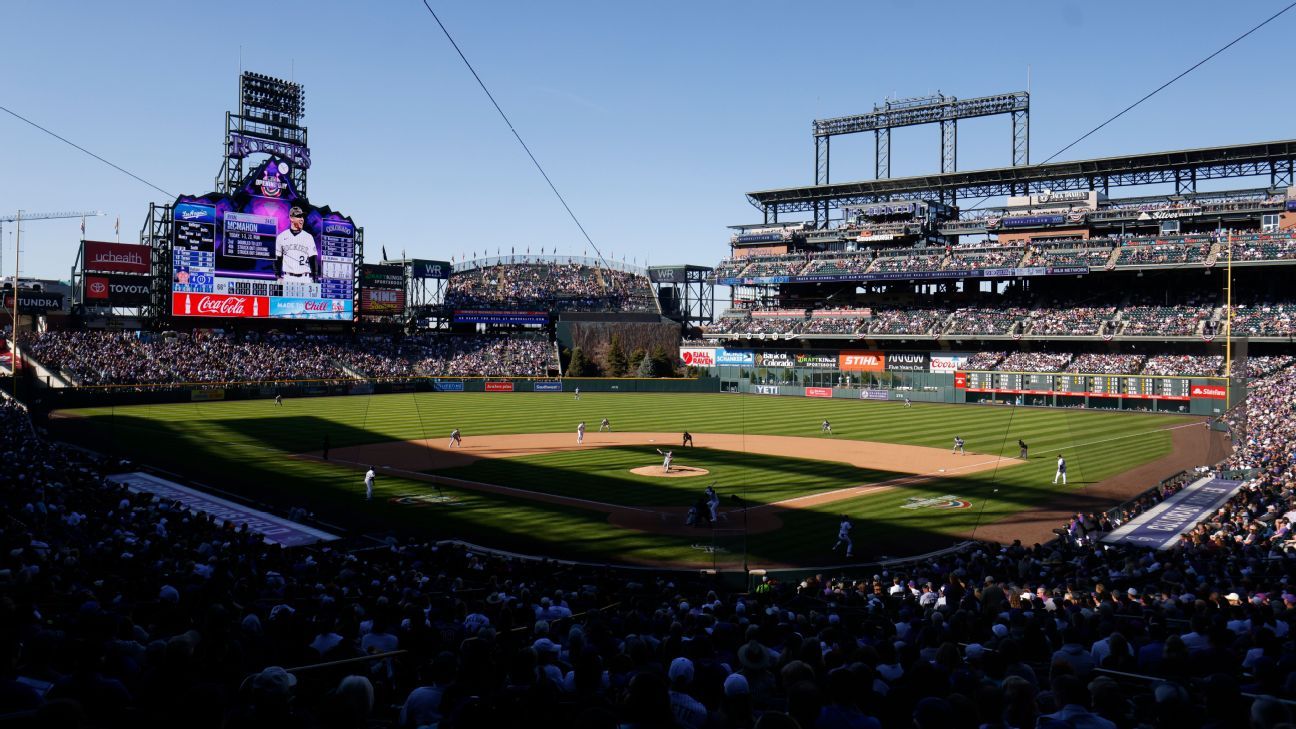 Could it be April was just wacky, and the extent of Major League Baseball’s effort to control the run scoring environment was overblown? Maybe, but it’s hard to give them the benefit of the doubt after the lockout and the revelation the league supplied multiple types of balls last season. Still, it’s worth looking at some of the early season numbers.

One of the biggest stories of the early going is the marked drop of homers, which dovetails into scoring. Two of the likeliest causes are the ball and the incorporation of a humidor in all 30 ballparks, up from 10 last season. Some other possible explanations are the abbreviated spring training and inclement weather in some locales. The unusual offseason, prohibiting contact between management and players may also have influenced the first few weeks of the season.

The problem with researching quandaries of this nature is there are too many variables to consider in such a small sample of data. With so many factors affecting how the baseball travels, it’s impossible to unequivocally assign responsibility to the ball, or humidors. A few were cited above, with quality of each team’s hitting and pitching also factoring into the dilemma.

Specifically, looking at how the humidors are affecting the flight of the ball in individual parks is an exercise in futility. Clubs have played around 20 home games, which simply isn’t enough to flesh out biases such as quality of the home team’s hitters and pitchers along with those they each faced. Data needs to be compared to the same team from previous seasons, but the roster composition is different, as is the schedule. Let’s say hypothetically, the humidor reduces the flight of the ball in a given venue. If that team’s hitters are better this season, or have faced inferior pitching, in a vacuum they’ll hit the ball further than last season’s group. If their pitchers are worse, the visiting hitters could hit the ball further than last year’s early-season guests. As such, pinpointing how the humidor is influencing the distance is marred by the different samples of hitters and pitchers.

One way to combat the limited sample is combining all the parks using a humidor last season into one group with the other group being the parks employing a humidor for the first time. Unfortunately, this eliminates the understanding on how a particular venue is playing, and making fantasy management decisions based on that information, which is the Holy Grail of this process. The reason for this is the effect of the humidor isn’t necessarily consistent from park to park. With the caveat this depends on how consistently each club stores the balls pre-humidor, in some places, moisture will be added to the ball (like in Colorado), reducing its flight, while moisture could be removed in other places, serving to add distance to fly balls. It may even be the two balance out, with the added distance in some venues being negated by losing distance in the others, yielding the perception the humidor isn’t exerting any influence.

Still, based on the decline in average fly ball distance this season, it’s worth designing a study of this ilk. At minimum, would the reason for the reduced flight be attributed more to humidors, or the ball itself, leaving it up to the fantasy manager to extrapolate the findings to each park?

The other reason for undergoing the study is there has been some intriguing information regarding the ball and the possible repercussions of the humidor. In brief, Dr. Meredith Wills, an astrophysicist who has been at the forefront of studying the ball over the past few seasons has surmised transferring baseballs in and out of the humidor may be non-uniformly altering the moisture in the outer strings just under the cover. Doing so may be the reason flat spots have been reported on some balls. In addition, if the strings absorb moisture, the expansion could be forcing the seam height to slightly increase. Both add more drag to the ball’s flight.

Another aspect to research is average exit velocity of fly balls. If the velocities are close to last season, drag is the more likely cause of reduced flight. The reason for a change in velocity, however, could be a different ball, or how it is affected by the humidor.

Here is some leaguewide data, showing the decline in average fly ball distance.

The same time frame (April 7 through May 22) was used for each season, hence the omission of 2020. This season’s average exit velocity is down a smidge, but it’s above 2017 and 2016, indicating increased drag is indeed lessening flight.

Before delving into current data, humidors have been installed in two venues for multiple seasons. Looking at their data provides a backdrop to help understand trends and the overall viability of the numbers.

Given the small sample concerns mentioned earlier, the flight is second lowest, with only 2018’s average distance shorter. According to the leaguewide data above, the ball carried less in 2018, with the difference between Colorado and the league due to variance. While all of the variables discussed could be contributing, it appears the 2022 ball is subject to more drag.

Even though there are only four years of data compared to six for Coors Field, Chase Field offers the advantage of a more controlled climate with the roof closed, unless the outside temperature was low for the desert. The intriguing observation here is if the humidor leads to increased seam height, it would have occurred each season in Chase Field, but there is an apparent difference this year, suggesting the humidor isn’t the sole culprit, there’s something different with the ball.

With that as a backdrop, here is the data comparing venues using the humidor last season to those having it for the first time in 2022. The group from 2021 includes the New York Mets, Boston, Miami, Seattle, St. Louis, Houston and Texas along with Colorado and Arizona. Toronto was also equipped with a humidor, but since the Blue Jays were playing in Dunedin during the time of the study, their data was excluded from the calculation.

Reiterating grouping the venues in this manner helps mitigate but doesn’t eliminate other influences, the fly ball distance data supports the notion humidors are reducing flight, but there is also evidence the ball has an independent effect, since distance is also shorter in the venues utilizing the humidor last season. Further, the average exit velocity in the parks using the humidor for both seasons is virtually identical, so it isn’t the bounciness as some suggest.

However, there is evidence suggesting overall, humidors are reducing the coefficient of restitution, much like they do in Coors Field by adding moisture to a dry ball, softening it a bit. Ergo, it may be in the proverbial vacuum, the ball’s bounciness is like last season. Of course, MLB admitting to using multiple baseballs in 2021 clouds matters.

It is clear that fewer homers have resulted in the decline in runs we see.

Clearly, batting average is down as well, likely due to shifting and defensive alignments not technically classified as shifts. That’s a story for another day. The current focus is through May 22, teams aren’t averaging a homer per game and scoring is suffering. Parsing data into even smaller increments introduces even more variance, but the extent of what follows is telling. Each column is the percentage increase in the respective metric between April 7-April 30 and May 1-May 22:

Batting average and runs increased at a similar clip the past two seasons but look at the huge jump in homers this season. To repeat the opening sentence, could it be April was just wacky, and the extent of Major League Baseball’s effort to control the run scoring environment was overblown?

Yes, runs and homers are down relative to other seasons, but the degree is no longer as harsh as it was in April, when there was still lingering ill will from the lockout and accusing MLB of more wrongdoing was low hanging fruit. An argument can be tendered things were fine heading into the season, thus adding humidors was fixing something that wasn’t broken, but it may be the unintended consequences aren’t nearly as detrimental as they first appeared.

While the science of what’s transpired in terms of the baseball and humidors is interesting to some, as fantasy managers we all want to know how to apply the information to roster management. Unfortunately, those hoping for “Do the following in these parks,” will be disappointed. As explained, there are too many variables to get that granular.

However, it is possible to take a more big-picture approach.

Runs are down, therefore in points leagues, scoring favors pitchers. In daily leagues, the focus should be on maximizing starting pitchers. Obviously, you want to have a full hitting lineup, but on Mondays and Thursdays, it’s more important to maximize active pitchers, since they’ll score more points on a per player basis than a hitter. This likely entails stocking reserves with more arms than bats.

In rotisserie scoring, the optimal approach is the opposite as you want as many hitting counting stats as possible. Lower scoring means categories are more tightly bunched, but hitters are also contributing fewer stats, so it’s relative. The way to combat this is volume. Fewer homers, runs, RBI and steals are needed to gain points. The manner to add these stats is deploying more active batters on Monday and Thursday when the schedule has more off days than the rest of the week. This is always true, but even more so this season, so it behooves fantasy managers in rotisserie or category leagues to hoard hitters on their reserve, increasing the inventory of available bats.

Circling back to the humidor data, let’s close by reiterating applying it on a per venue basis is risky. However, it has been shown that overall, humidors are manifesting more drag. As such, it is up to the individual to decide the effect in each park. Common sense dictates less of an influence in humid climates since less moisture is added to the ball. In fact, it could dry the ball out a bit, adding distance. The catch here is if balls are stored in an air-conditioned room, they may be drier, even in a humid area. That said, this thought process isn’t any different than trying to find an edge with any small sample date. Everyone is different and thus willing to take a chance on what could be, as opposed to needing a more statistically significant sample. Your team, your call. 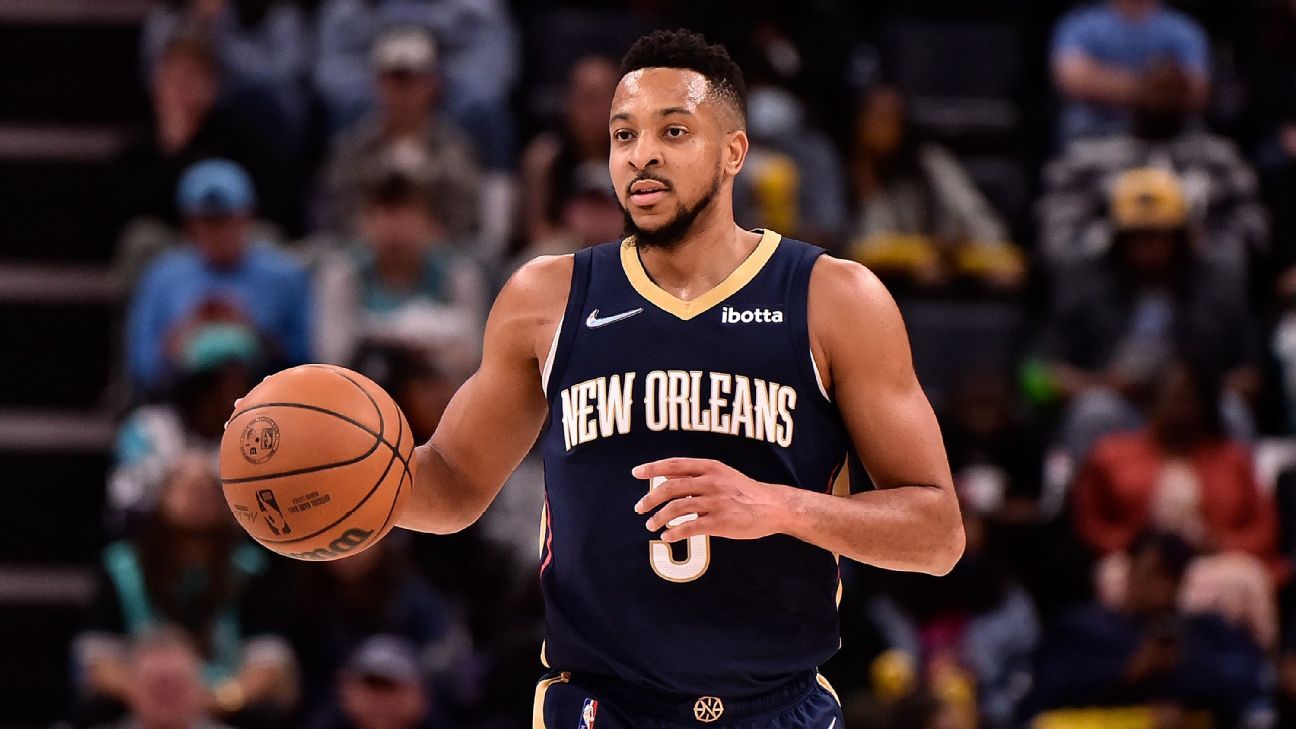 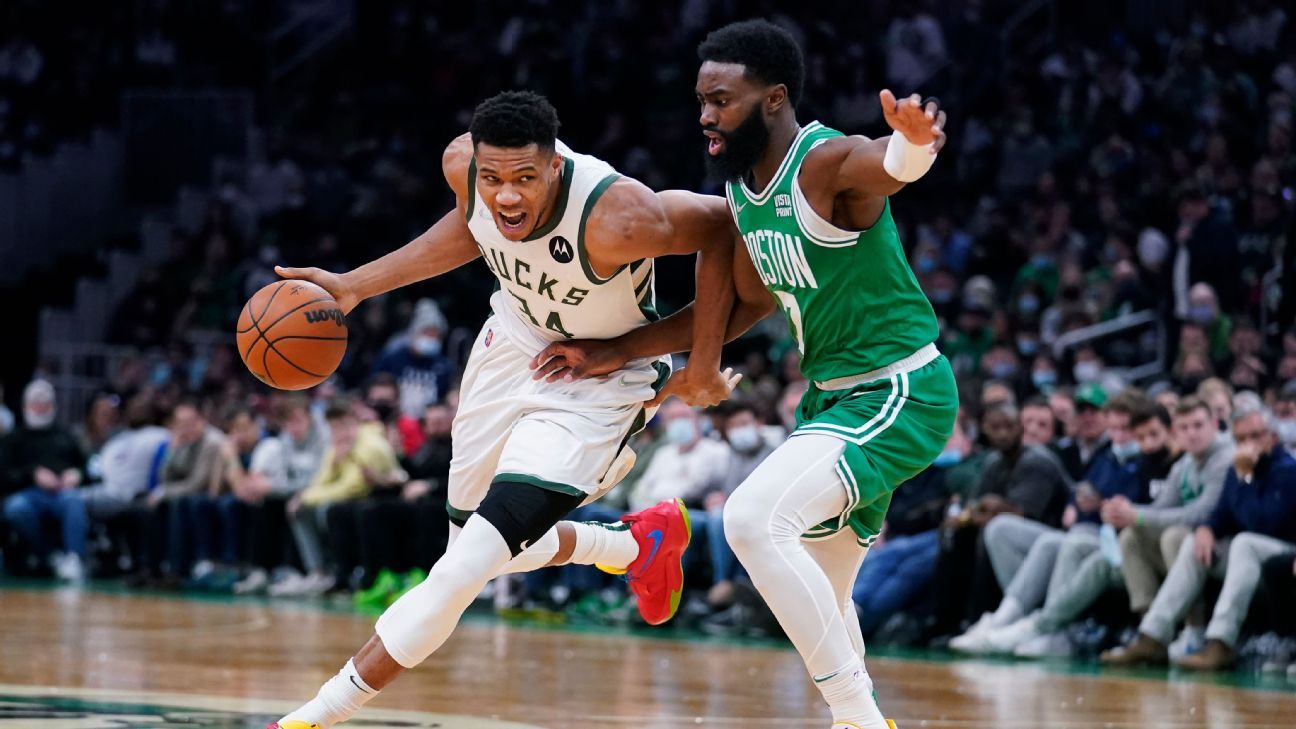 The NBA’s 2022-23 schedule is here, and the league won’t waste any time delivering fans some star-studded showdowns. Opening week is stacked, with the defending Eastern Conference champion Boston Celtics 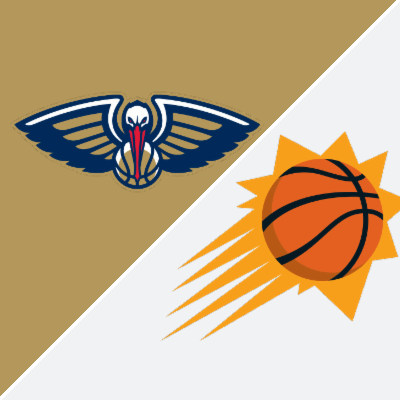