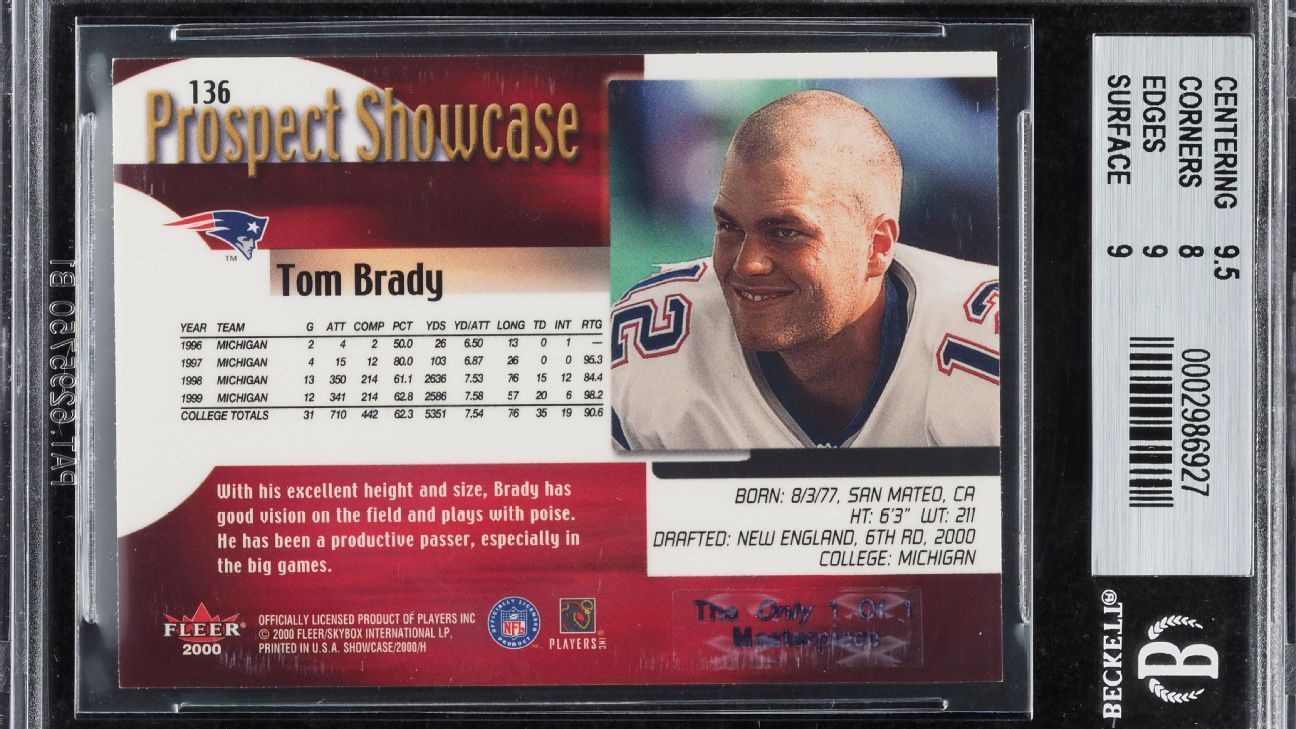 A 2000 Fleer Showcase Masterpiece Tom Brady rookie card, numbered 1 of 1 — the only one of its kind — and graded 8.5 NM-MT+ by Beckett Grading Services has sold for $396,000 with collectables marketplace PWCC, including the 20% buyer’s premium.

Except it wasn’t the only of its kind. Another 1-of-1 of the exact same Brady rookie card, graded by PSA, also exists.

When the sports card market went belly-up in the early to mid-1990s, it was owed largely to rampant fraud and overproduction — with a smattering of the 1994 MLB strike mixed in. Seemingly overnight, thousands of America’s brick-and-mortar stores dwindled into the hundreds.

A fatal flaw was the lack of transparency over how many copies of each card were being produced. For example, there are supposedly more than two million 1989 Upper Deck Ken Griffey, Jr. rookie cards, which once had collectors running rampant, in existence. Junior once admitted he even owned more than 100.

At the time of the crash, manufacturers had already begun to stamp serial numbers on sought-after cards, called “chase cards.” Some were numbered into the hundreds, others went into the thousands. The first 1-of-1 card was produced in the late 1990s and soon thereafter, 1-of-1 printing plates — thin metal sheets used to transfer images to cardstock, responsible for the photos on sports cards — made their way into collectors’ hands.

The creation of 1-of-1s provided collectors with the ultimate chase card: literally one of a kind.

PWCC characterized finding a Brady 1-of-1 rookie card like Howard Carter locating King Tut’s tomb. But when a client (who prefers to remain anonymous) came to PWCC with the BGS-graded Fleer Showcase Masterpiece Brady rookie with “The Only 1 of 1 Masterpiece” stamp on the back — where Brady is pictured with a buzz cut and is hailed for his “poise [and production], especially in the big games” — Carter might as well have found Tut’s tomb ajar.

Why were two one-of-a-kind Brady rookies floating out in the world?

PWCC first contacted the owner of the other Brady 1-of-1, graded Authentic by PSA, still in their possession and not for sale. The trepidation was that this BGS-graded Brady had been the same card, cracked open and regraded, but that was quickly quelled.

Fleer and Upper Deck have confirmed that, in the early days of serial numbering, card manufacturers sometimes printed multiple 1-of-1s as they experimented with productions or even if one was ruined — but they were never supposed to leave the factory.

It appears, one way or another, one did.

PWCC flew a team from Oregon to Beckett’s offices in Dallas to hand-deliver the Beckett-graded Brady. Beckett confirmed that the BGS-graded Brady was indeed graded and placed in its slab on February 4th, 2004 and is authentic. The PSA-graded version is believed to be authentic as well. The purchaser of the Beckett-graded 1-of-1 will receive a letter of authenticity from Beckett.

The former owner of the Beckett-graded version, now the seller, recalls purchasing the card on eBay in 2005 for roughly $2,000.

Brady had just delivered the New England Patriots three Super Bowl rings in four seasons as a starter … so he had a feeling about the guy. 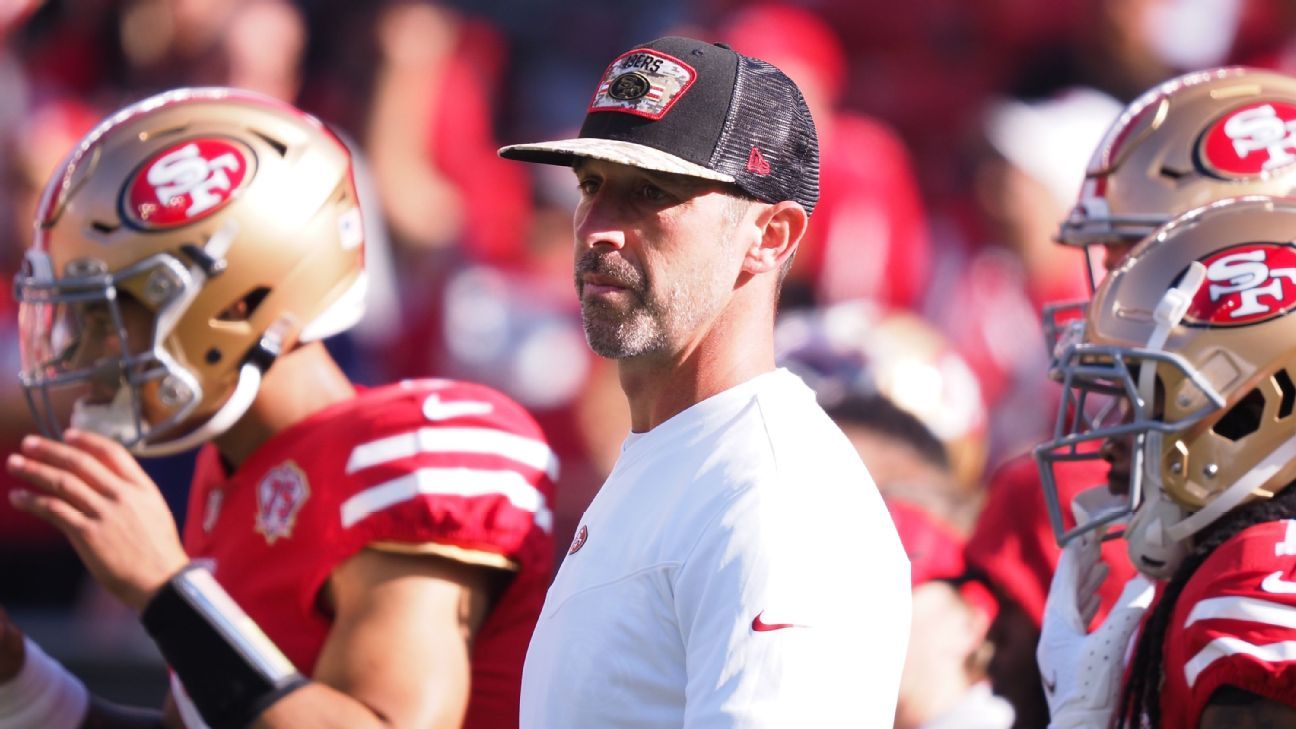 The San Francisco 49ers entered this offseason with a clear roster deficiency: the cornerback position. So after years of nibbling at it in free agency, the 49ers did what many 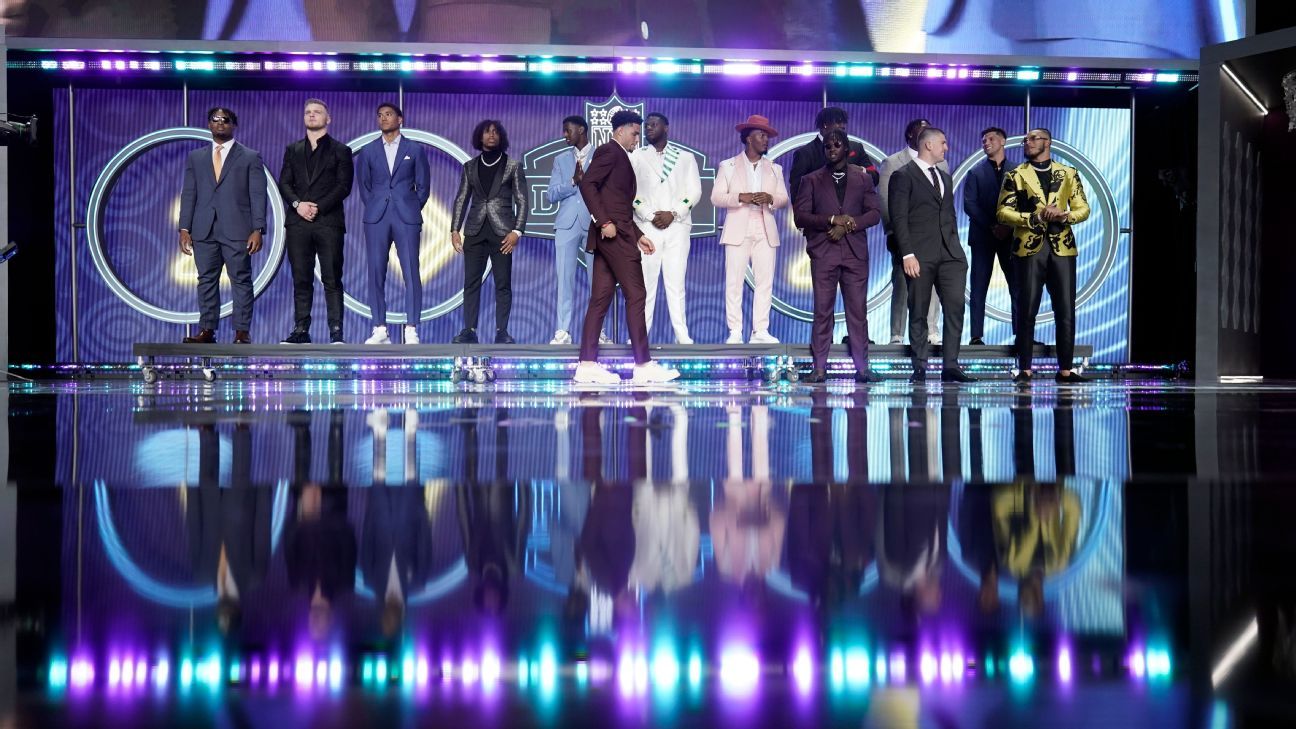 Few were more interested in last week’s NFL draft than college football coaches. They have coached those whose names were called in Las Vegas and game-planned against them. They have 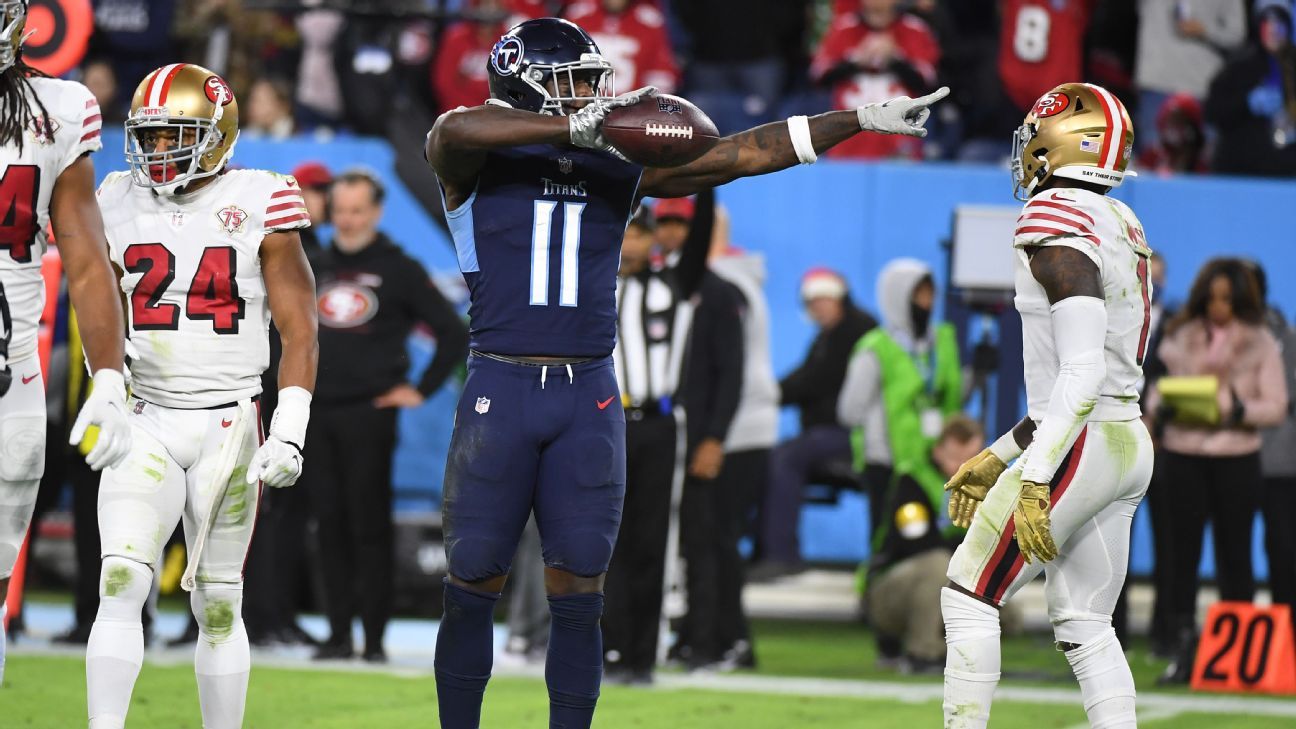