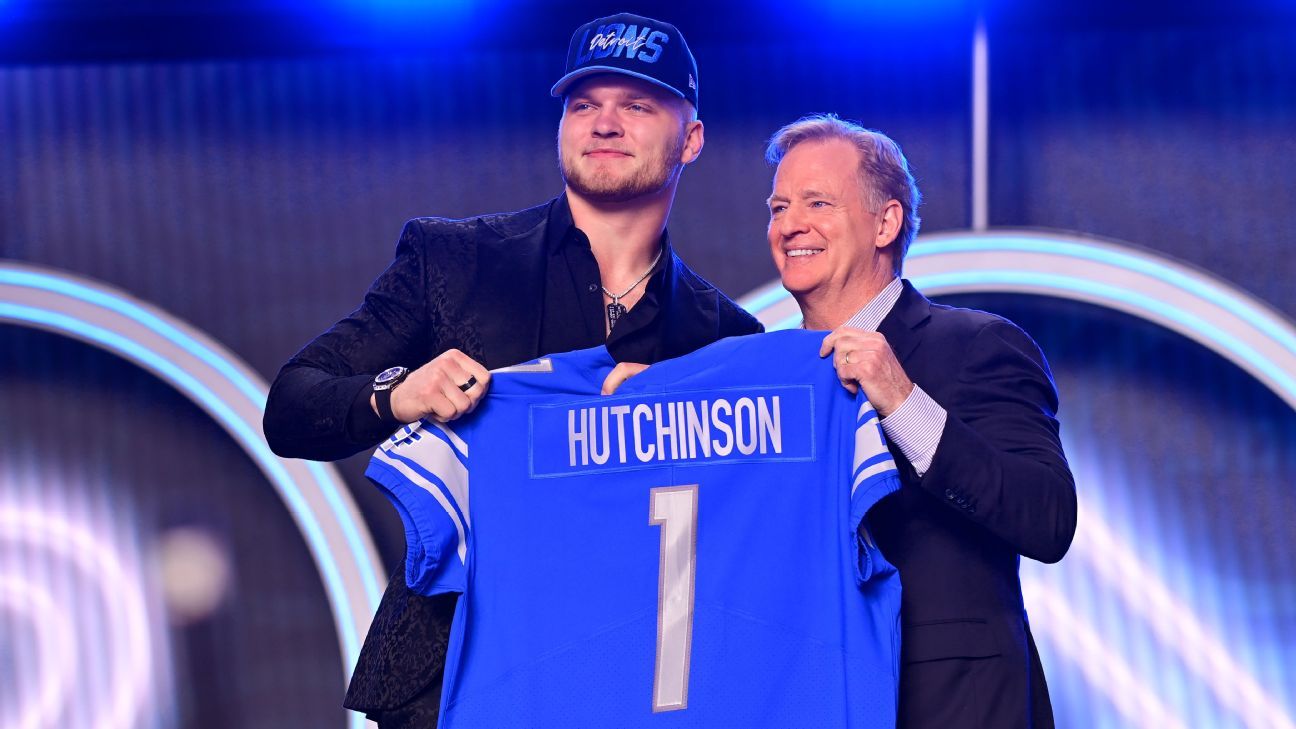 As soon as Georgia Bulldogs defensive lineman Travon Walker‘s name was called by NFL commissioner Roger Goodell as the first pick by the Jacksonville Jaguars in this year’s NFL draft, trading card company Panini got to work creating an instant card with Walker’s image.

Michigan Wolverines DE Aidan Hutchinson then walked across the stage to accept his new Detroit Lions jersey as the No. 2 pick in the draft and posed for a photographer. The picture he took, holding up the number one jersey with his last name on it, was made almost immediately available for fans to purchase as a physical card online through Panini’s website and available to fans less than a month after ordering. The same is true for 30 NFL players taken in the draft at the end of April and anyone looking for the first cards associated with these specific players and their new NFL teams.

Those cards technically have the new rookies with their NFL jerseys, but they’re not really true rookie cards. They’re definitely not the cards that collectors will chase and try to find at nearly any cost with the players actually wearing the NFL jerseys. Those take time to produce and for Panini, it’s a process that starts well before the draft begins.

Before any prospect knew where they would be drafted, let alone walk across the stage in Las Vegas, Panini’s product development team was scouring college football to try to predict which players would be on the most collectible cards coming out of the draft.

“If a guy explodes on the scene, or if he’s a freshman, we’re watching him until he comes out [of college] and is eligible, but we pay attention to what’s happening during the college football season to start to narrow those players,” said Panini’s vice president of marketing, Jason Howarth. “And then through the whole draft process with the Senior Bowl and the combine and then the draft, that leads into the players we deem are going to be collectible. A lot of the decisions on who we think are going to be collectible are going to be guys that we’re following throughout the college football season.”

The team puts together a list of 30 to 40 players they think will make an impact or become collectible once they’re drafted.

Within the trading card industry, the quarterbacks and skill position players will likely hold the most value, so those positions are weighted in the process. Prior to the draft, Panini signs individual contracts with some of the prospects they believe will be sitting at the top of the draft, as it did with Hutchinson and Ohio State Buckeyes receiver Garrett Wilson.

Once the card company has its initial list, it anxiously watches the draft to see where players will be picked.

The order doesn’t necessarily matter. If a player on their initial list drops, it doesn’t mean that player will still be included in the initial production. If a prospect is taken earlier than expected, like Chattanooga Mocs lineman Cole Strange, taken late in the first round by the New England Patriots, the cardmaker will seek to add them to the initial run of cards.

“The NFL draft is like the equivalent of Christmas for us that we finally get to see where these guys are going and will spend the next couple of years in their NFL careers,” Howarth said. “We activated with 15 or 16 rookies and the first card that comes out is their draft night card via Panini Instant. But now, as we start to move forward, the next step in this whole process is that we need a photo shoot with these guys.”

For Panini, that means flying 40-plus rookies to Los Angeles and to go through a multiday process of picture taking and autograph signing.

At the Rookie Premiere, a business and marketing event organized for rookies by the NFLPA, the players will sign upwards of 5,000 trading cards on-site this next week. Those autographs will be mixed into the new card sets about to be produced and turned into chase cards, the more desirable autograph and jersey patch cards inserted into various sets, as the new rookie class’ cards gain in collectability. The following day, the rookies will go through a series of photo shoots for the first time in their new NFL jerseys.

Panini, which has a partnership with the NFL and NFLPA for trading cards, works with the teams to get jerseys and equipment to ensure they have the necessary photos to produce the upcoming cards.

Inviting around 40 players and signing individual contracts with them to obtain autographs for the cards is somewhat of a gamble, because the company doesn’t know which players will become stars from the class and lead to more-collectible cards. There is always a player or two who has an unexpectedly successful season that Panini might not have an autograph contract with.

Because the company has group licenses through the NFL, it can produce any players’ card, but without an individual contract with the player, they can’t create the more sought-after autograph cards for whichever set of cards they’re producing. Autographed cards naturally have more value than a base card or numbered card without an autograph, so those contracts to obtain the autographs are important.

Take your shot at picking win totals for all 32 teams for chance to win up to $10,000!
Make Your Picks

The past year’s rookie class has gone through a different production cycle than previous years due to supply chain issues. The free COVID-19 tests given out by the United States government use the same cardboard stock used for trading cards. That pushed production back months. The Prizm football cards for the 2021 season, which are highly sought-after, haven’t been released yet despite the season already being over.

That didn’t necessarily change anything for Panini in terms of which players were included in chase cards or which players were featured in parallels, or variations of base cards, and numbered cards, which signify a limited number of that specific card was produced. It did, however, give fans an opportunity to know the results of the season and which rookies panned out by the end of season. Quarterback Trevor Lawrence was the first overall pick in the 2021 draft, taken by the Jaguars, but because of his performance during the season, New England Patriots quarterback Mac Jones actually became a more sought-after QB card in the class. Without knowing those results, Lawrence might have still been the main prize.

For the 2022 draft class, this next week will be the start of the process to create their first rookie cards. Panini will go through the photo shoots and autograph signings and start the process of manufacturing their cards while going through their normal schedule.

The very first rookie cards available for these current draftees in their NFL uniforms will be July 11, when Panini releases its Score line of cards, which is typically a lower-level retail product found in retail stores. That will be followed by Mosaic football cards on Aug. 1, which are a more desirable collectible than Score with higher resell values, and Certified on Aug. 29. Donruss, which features the artistic cards called “Downtowns,” will release Sept. 14, while Prizm, another higher-end retail product, will be out in late November or early December.

Those dates are fast approaching, and the players will start that process to seeing their first cards next week in Los Angeles.

“The draft was two weeks ago, and we couldn’t predict where any of these guys were going to land, so we’ve had to wait for them to be picked by an NFL team before we start producing our NFL rookie trading cards,” Howarth said. “Three weeks after the draft, we’ll have our photo shoot and then we’ll roll through our cadence of our produce release schedule for NFL products and get our rookie cards out to collectors.” 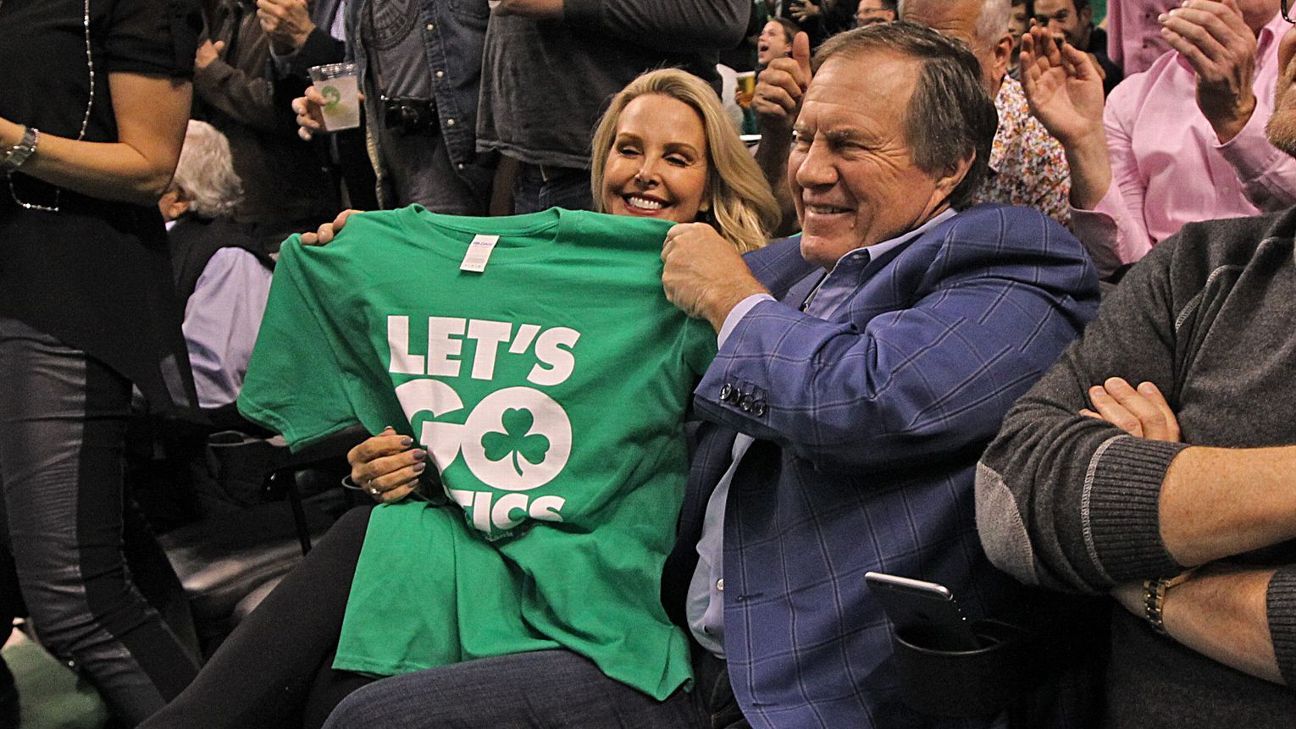 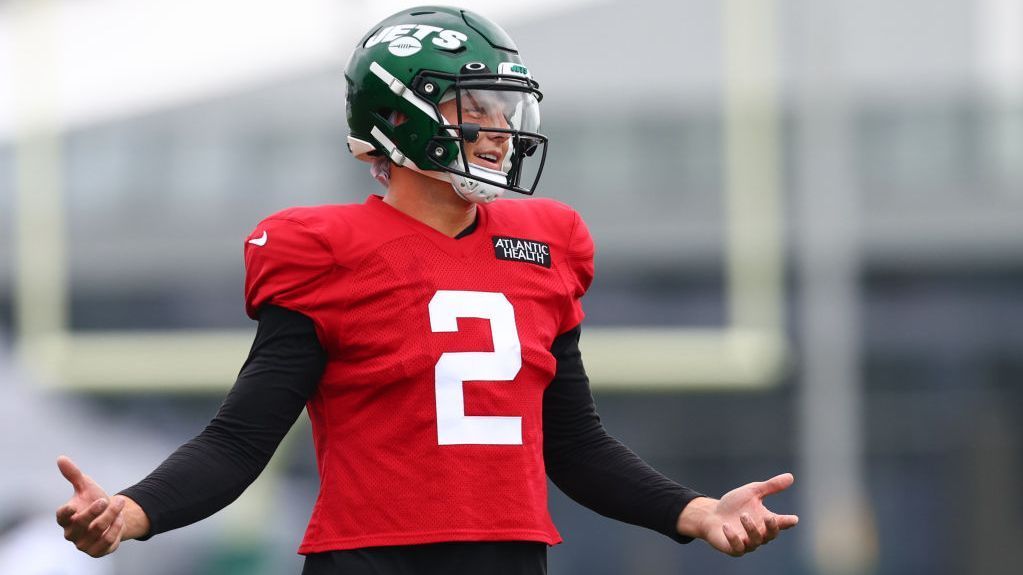 FLORHAM PARK, N.J. — If New York Jets quarterback Zach Wilson has a rough day at the office and gets blasted on Twitter, he won’t know about it. Or so 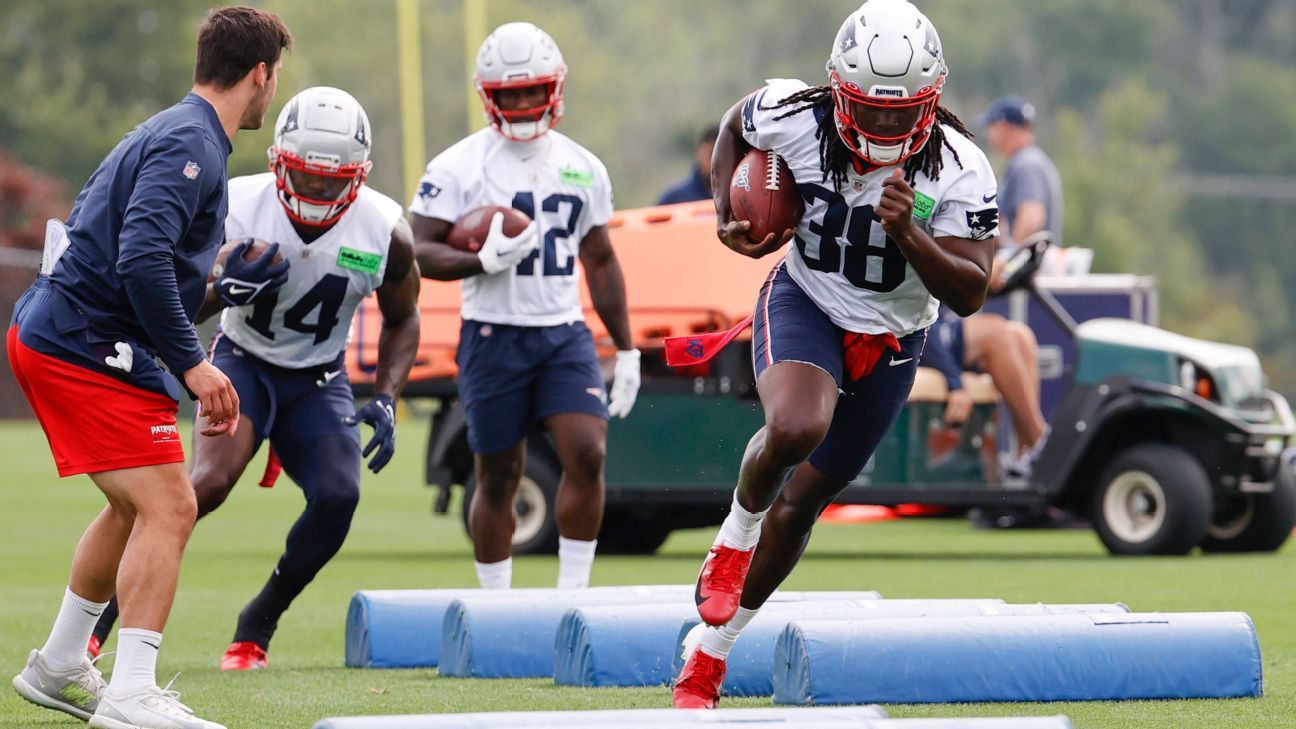 Every year, Football Outsiders puts together a list of the NFL’s best and brightest young players … who have barely played. About 80% of draft-day discussions are about first-round picks,