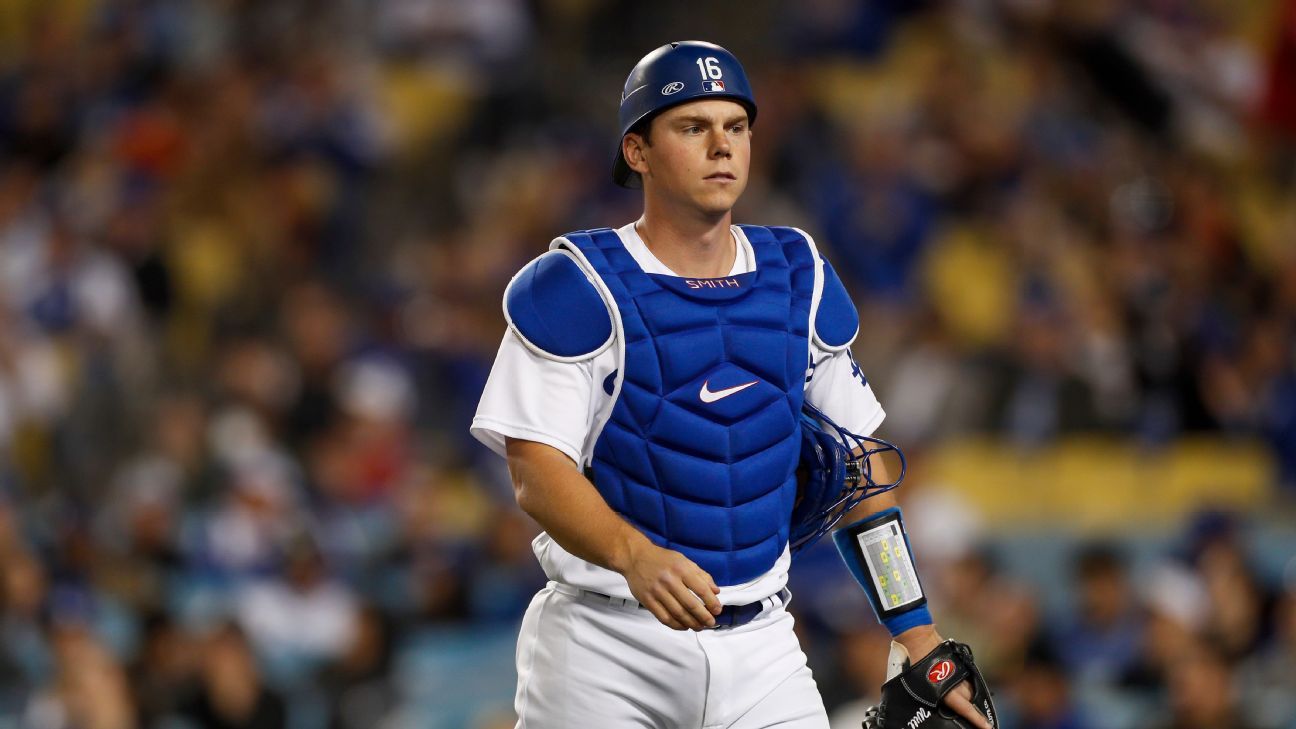 The downturn in volume of offensively minded catchers has been a well-circulated discussion point in recent MLB seasons, but what has been happening so far in 2022 borders on a need for fantasy baseball managers to press a position-wide panic button.

Through 18.5% of the season — the 900-total-game mark (or 30 per team on average) — only four catcher-eligible players have scored a fantasy point total that ranks among the top 100 overall hitters. None has managed a top-50 hitter total, and of the 12 most commonly drafted catchers in ESPN leagues, eight have scored fewer fantasy points through this stage of the season than last, and that group has averaged 36.8 points per player, a total exceeded by a whopping 157 non-catchers.

Worse yet, the top 10 scoring catchers — a group which, by the way, includes available-in-more-than-50%-of-leagues starters such as Jonah Heim and Alejandro Kirk — have averaged 49.0 points per player, a 16% decline in production compared to the top 10 point scorers at this stage of 2021. Also, compare that 49-point average to the averages of the start-worthy players at the other hitting positions (for these purposes, corner and middle infielders are lumped in with their primary infield positions):

The top 130 hitters in fantasy points, regardless of eligible position, have averaged 64.1 points, with that number chosen because it reflects the number of active hitting spots in a standard ESPN lineup.

Many fantasy managers, especially those in our standard-game offering of 10 teams mixed, might take this to mean it’s time to exploit what some call a “loophole” in our rules, punting the catcher position and using the bench spot gained to hoard resources at other positions. Yes, you could cut that unproductive catcher today and use his roster spot to continue to stream starters from off the free-agent list or your bench, or perhaps even stream the catcher position entirely.

My response to that: DON’T.

I know that’s a blanket, one-size-fits-all response, and there might be unusual circumstances in which the strategy fits. In most cases, however, the production lost by a blank catcher position can be just as detrimental to your chances as the statistics gained by one additional streaming spot. Sure, if your primary catcher gets hurt, or proves so unproductive that shifting to a stream-catching strategy makes sense for you, then going blank at catcher can be worthwhile when a single day’s matchup choices look grim. Baseball does sometimes have days with five games.

The reason to continue to squeeze as much production as you can out of your catcher spot is that, as is usually the case with any fantasy baseball asset, when a positional or categorical market dries up, the players most productive in that area deliver more bang for the buck and therefore become all the more valuable.

This year, with catchers off to such a miserable overall start — the position’s .278 wOBA as a whole is its lowest in 114 years — there is a big buying opportunity at the position. I’ll go back to my earlier note that eight of the 12 earliest-and-most-drafted catchers in ESPN leagues are behind their 2021 fantasy point paces, and note that three of the four who are ahead (Daulton Varsho, Keibert Ruiz and Tyler Stephenson) were either in the minors or smaller roles than they are in currently, to underscore this point.

What if catchers, just like starting pitchers, might be suffering somewhat as a result of the delayed and shortened spring training? It’s often cited that catchers take substantially more wear and tear than players at the other seven non-pitcher field positions, and the inability to work up to a regular season’s workload at the usual spring pace might be at least partially responsible for the lackluster catcher production. Certainly I’d give most catchers a few more weeks to see whether this rings true.

So if you’re in a rough spot at catcher, or perhaps you already roster one of the names to be discussed below, let’s get to the six catcher-eligibles who stand out for a very important reason: They play a lot, way more than their positional brethren, including getting a decent amount of playing time elsewhere on the lineup card (most commonly designated hitter). These six catchers — Salvador Perez, Sean Murphy, J.T. Realmuto, Yasmani Grandal, Varsho and Willson Contreras — are all on pace to make at least 134 starts and total at least 586 plate appearances, thresholds that, among catcher-eligibles, were only attained by Perez last season.

Tristan H. Cockcroft breaks down Josh Naylor’s historic Monday night and the improvements he has made at the plate.

Perez, Realmuto and Grandal all make outstanding trade targets, both for this reason as well as the fact that they’re 30, 10 and 15 points, respectively, behind their fantasy point totals at this stage of 2021. The other three, of course, are also worthy of your acquisitions, if you’re somehow able to pry them from their teams.

Perez finds himself on pace to start all 162 Kansas City Royals games with a position-leading 672 plate appearances, after a 2021 that saw him tie the record for games played by a catcher while totaling the most PAs by a primary catcher in 12 years. There are claims that his early struggles are a product of the massive workload — a comment that might have a hint of legitimacy — but the Royals have done a pretty good job of keeping his legs fresh, with 10 of 27 of his starts coming at DH thus far. As a free-swinging type, Perez was always going to be subject to so-so hitting spells, and his three multihit performances in his past four games give hope that he’s beginning to heat up. He remains a top-three points league catcher at the bare minimum, due largely to his massive amount of playing time.

Realmuto is off to the worst 30-game start in any of his seasons since his rookie 2015 season, with a .299 wOBA and only two home runs. Again, his critics can argue that the hefty workloads of the past half-decade-plus have hindered him — and again, they’d have a slight point — but there’s still something to be said for the catcher on pace for the catcher on pace for 140 positional starts and 605 plate appearances, all of that while batting behind a loaded top of the lineup that includes Bryce Harper, Nick Castellanos and Kyle Schwarber. I wish the Phillies had left more DH opportunity for Realmuto, stealing a page from the Royals’ handbook, and that’s something that might well wear him down from a year-over-year perspective. It’s also why I’m least bullish on a Realmuto trade of these three catchers. Still, he’s well worth adding as long as he’s getting that much more playing time than the typical catcher.

It’s hard to believe that Grandal has scored fewer fantasy points through this stage of 2022 than 2021, considering he was batting .123 with two home runs through the same 29 Chicago White Sox games last year. Just as he did last season, however, he’s piling on the walks (16 compared to 19 through 29 games of 2021), and his extreme three-true-outcomes nature makes him as susceptible to peaks and valleys as any hitter in the game. Grandal’s underlying metrics this season are not far off where they’ve been in any recent year — 89.4 mph average exit velocity just beneath his 90.3 career number, 8.6% barrel rate down slightly from his career 10.5% rate, 41.4% hard-contact rate just beneath his career 42.9% — and the White Sox are doing a great job of getting him rest days elsewhere in the lineup, with 14 catching starts compared to 11 at DH and one at first base. He’s the catcher most worth an aggressive trade push.

There are two other catchers who, despite falling quite a bit shy of the above names’ playing-time paces, would make prime trade targets as well:

Will Smith, Los Angeles Dodgers: Still my favorite fantasy-relevant catcher, Smith has that dream combination of contact ability, a hard-contact punch and a fly ball-oriented swing, yet to this point of 2022 he has only a seventh-among-catchers 45 fantasy points. All of his underlying metrics remain as excellent thus far as in any prior year, so if you could get him at a price anything beneath the position’s best in terms of value, you should make the deal.

Adley Rutschman, Baltimore Orioles: The learning curve for rookies at the position might be lengthy, but he’s a generational talent who might be only days — heck, maybe hours — from reaching the majors. As Rutschman’s season was delayed by a triceps strain suffered at the beginning of spring training, holding him back from contributing to his fantasy teams as of yet, his managers might be a tad impatient, perhaps even unaware at his recent progress. He has already batted .378/.500/.514 through 11 games of a minor league rehabilitation assignment, after hitting .312/.405/.490 with five homers in 45 2021-ending games for Triple-A Norfolk, so this kid can clearly hit at a high level. Rutschman might not see the level of playing time of a Perez or Realmuto initially, but he could prove the second-most productive hitting catcher on a per-game basis the rest of the way. Yes, he’s that talented.

We’re in the midst of a changing of the guard at the top of minor league prospect lists. Adley Rutschmann, Bobby Witt Jr. and Julio Rodriguez had ruled these lists 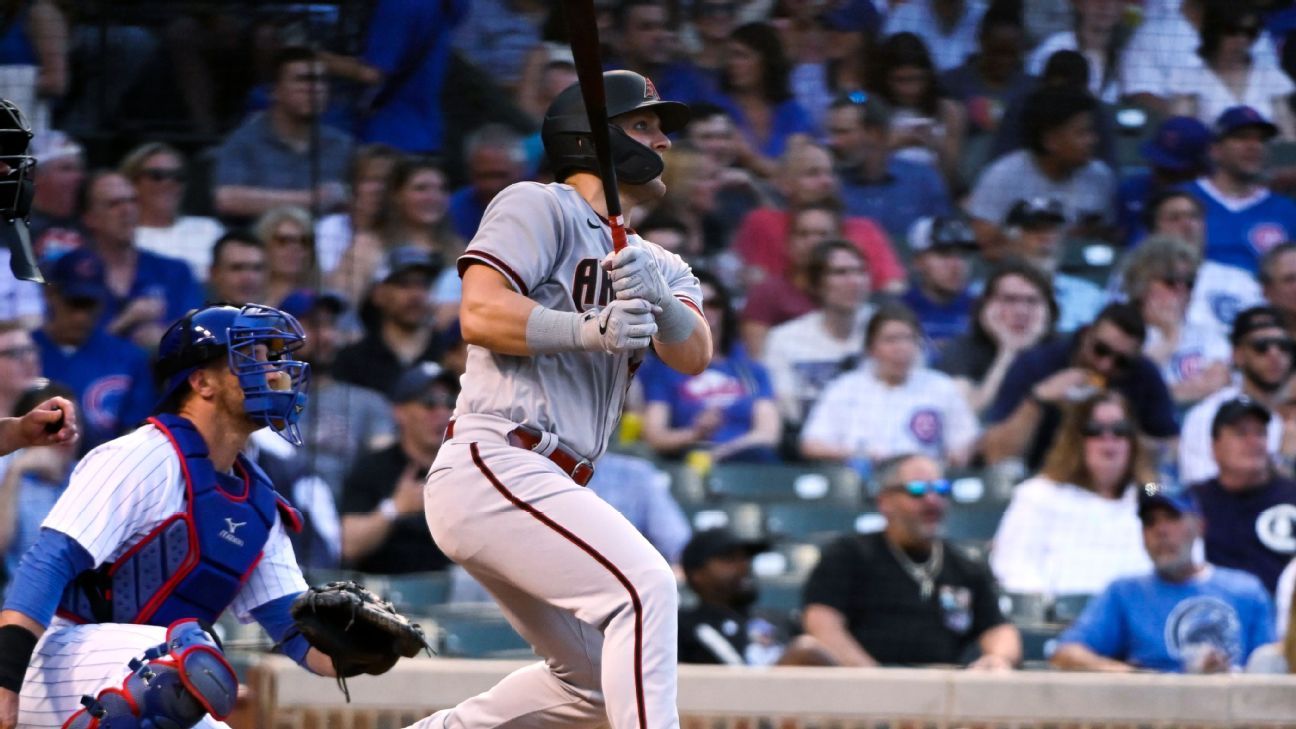 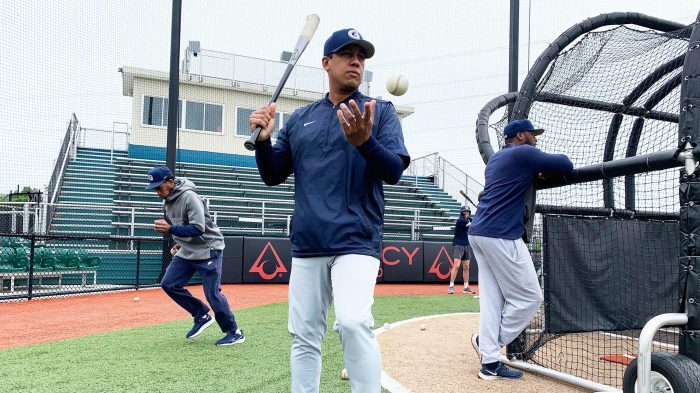 OMAHA, Neb. — Leadership is not easy to define. We know it when we see it, when it lacks we can all tell, and many people who think they have