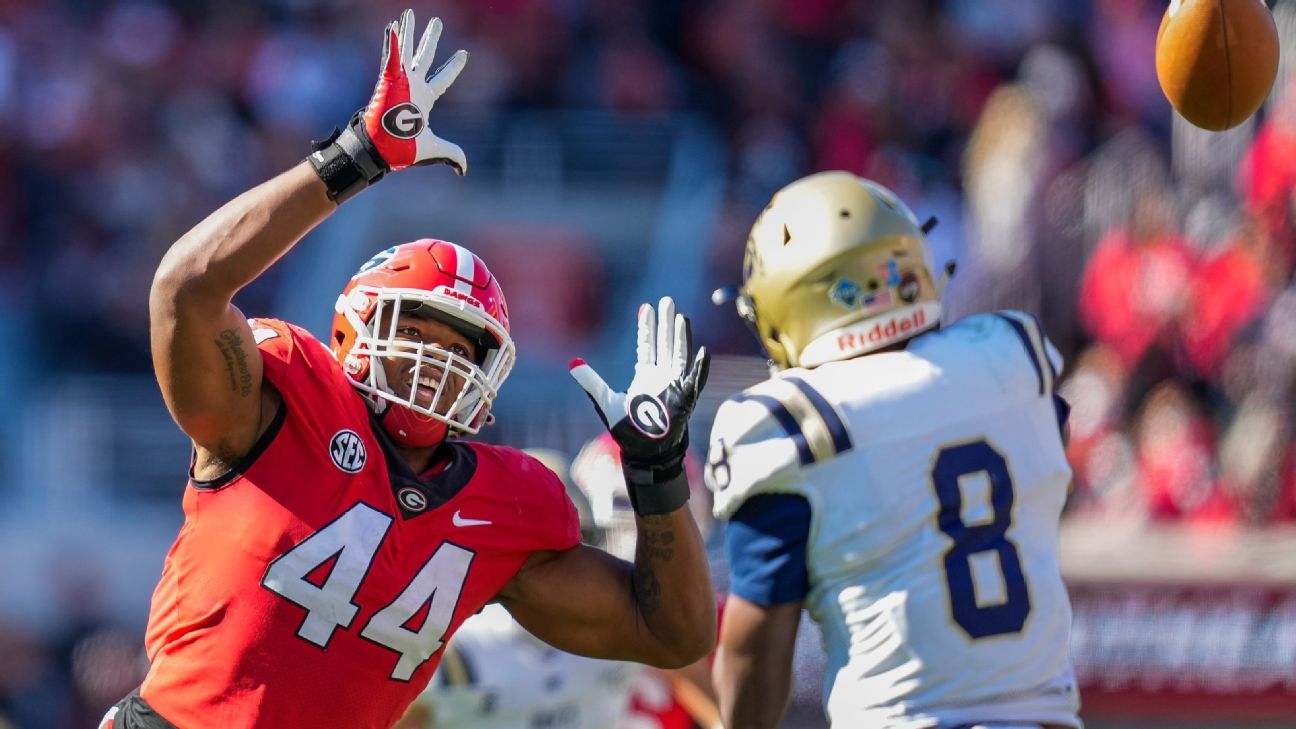 The 2022 NFL draft promises to have plenty of intrigue. The class is littered with playmakers on both sides of the ball who can have an impact right out of the gate. Eight teams have multiple first-rounders, and two of them will double up on top-10 selections. An already wild offseason could get a whole lot more interesting when the clock starts in Las Vegas on Thursday night.

I’ve been talking with general managers, coaches, execs, scouts and other evaluators around the league to get the latest surrounding how each team might use their draft picks and which players each team likes more than others. Of course, we won’t know for sure how the board will fall until Thursday — there are always surprises — and you can always expect some smoke screens at this stage. And a majority of the conversations I’ve had with decision-makers over the past few days have begun with them saying, “This is going to be wild.”

Here’s what I’m hearing around the league and the current direction that the wind is blowing for teams with top-10 picks and a handful of other franchises with intrigue around their selections. Plus, we check in with the quarterback outlook and other prospects who are getting a lot of buzz in the final days before the draft.

Let’s start off with a big one. All the intel I’ve gathered points to Georgia edge rusher Travon Walker — not Michigan defensive end Aidan Hutchinson — as the No. 1 overall pick for the Jaguars. The belief around the league is Jacksonville prefers the upside and traits of Walker over the proven production, motor and leadership that Hutchinson brings to the table. And it is nearly a lock that one of them will come off the board first.

Nearly all the execs, scouts and coaches that I spoke with would personally take Hutchinson at No. 1 if it were them, though. Hutchinson is so technically efficient off the edge, and he is relentless in getting to the QB. He had 14 sacks, 15.5 tackles for loss and 64 pressures last season. That’s elite, and many teams prefer that kind of proven impact. But Walker’s versatility, length, speed, explosion and strength could be the difference for the Jaguars. Execs around the NFL tell me Jacksonville just loves his upside, even though Walker (six sacks and 29 pressures) didn’t fill the stat sheet like Hutchinson did in 2021.

Unsurprisingly, the Lions would be elated if Hutchinson is on the board at No. 2 — and he’d be their pick. Hutchinson would be an immediate leader on that defense. Detroit produced the league’s third-fewest sacks (30), so bringing in a player like Hutchinson makes a lot of sense.

OK, but what if Hutchinson is the No. 1 pick after all? I get the strong sense that Detroit would be picking between Walker and Oregon defensive end Kayvon Thibodeaux. Cincinnati cornerback Ahmad Gardner also is a possibility, despite the team using the No. 3 pick on a cornerback (Jeff Okudah) two years ago.

There had been some buzz around Detroit considering Liberty quarterback Malik Willis at No. 2, but that would be a massive shock at this point, based on what I’m hearing. And despite a lot of mocks scripting a quarterback to the Lions with their second first-rounder (No. 32) to get a fifth-year option attached, I’m not convinced they go that direction — and that includes the early second round, where they pick at No. 34. The exception would be Pittsburgh’s Kenny Pickett falling to them at the final pick of Round 1, which appears unlikely.

This might really be the most interesting pick, in part because the rebuilding Texans could address any number of needs, and in part because general manager Nick Caserio’s staff has done a really good job keeping a lid on their plans. Execs around the league are still trying to figure out how Houston is approaching the first of its two first-rounders. I’d say there’s at least an 80% chance the first two picks are edge rushers, meaning Houston could do a lot of things at No. 3.

While looking at it purely as matching best player available with biggest needs, NC State offensive tackle Ikem Ekwonu or Thibodeaux make a lot of sense. Ekwonu would give Houston two great tackles, along with Laremy Tunsil. And Thibodeaux fits with what new coach Lovie Smith likes to do on defense: Bring speed in a four-man rush.

But I’ve heard two other intriguing nuggets on the Texans’ No. 3 pick:

Keep an eye on the Texans trying to trade out of this spot too. But the question there becomes: Which team would want to move up into that slot?

The Jets’ biggest priority for their pair of top-10 picks is figuring out the right combination of prospects to address their bigger needs — wide receiver, edge rusher, corner and tackle — at best possible value. Wideout and edge rusher are the deeper of the four positions, so I wouldn’t be surprised to see New York focus in on either a tackle or a corner at No. 4 and then look to land the best available at one of the other three positions at No. 10. That is, unless a player with a definitively higher team grade than the rest of the bunch is there at No. 4.

One player who could make sense at No. 10 is Southern California wide receiver Drake London, assuming Gardner, Stingley and Wilson are all off the board.

Similar to the Jets, the Giants will be playing the if-then game to find the best combination of picks in the top 10. I expect the Giants to focus in on offensive tackle and edge rusher, and the team sandwiched between their pair of picks — Carolina — has a lot to do with how the Giants approach No. 5. The Panthers obviously need an offensive tackle, but they aren’t expected to be part of the edge rusher fray, so I’m hearing New York could look to get its tackle of choice first before addressing the pass rush at No. 7. The only scenario that blows up that plan would be the Panthers trading out of No. 6 with a team looking to jump the Giants’ No. 7 selection for an edge rusher.

One name I’m hearing some buzz on for the Giants is Mississippi State tackle Charles Cross. I’m not sure where he ranks on the team’s board or if he is even their No. 1 tackle, but there is a lot of talk about the Giants being enamored with his pass-protection skill set.

All signs are pointing toward the Panthers going with an offensive tackle at No. 6. Quarterback is a long shot here, save for a trade down the board (which would be something to watch for, considering Carolina doesn’t have a second- or third-round pick). And like the Giants, the Panthers are extremely high on Cross — though again, I can’t confirm he is the team’s top tackle. It’s possible Cross comes off the board before Alabama’s Evan Neal.

It’s very possible that Atlanta focuses its attention on wide receiver, and specifically Wilson or London. I’ve heard there are people in the building who are high on London. Olamide Zaccheaus is the team’s current WR1.

But I’ve also heard the Falcon’s eighth overall selection is likely the parachute pick for Thibodeaux. Some decision-makers around the NFL are under the impression that Atlanta will take the Oregon pass-rusher if he’s still there. That’s a big departure from what I heard about a month ago. But remember, the Falcons were last in the NFL in sacks with 18 last season — 11 fewer than the second-worst team.

I’m hearing a lot of noise about the Seahawks taking a hard look at Georgia defensive tackle Jordan Davis here. The massive run-stopper had a legendary combine workout, and he has been sneaking up boards ever since — and Seattle could take him in the top 10.

I’m also told that Seattle really likes Stingley. The talented cornerback has been mocked all over the place. Some teams love the ceiling, best displayed by a six-interception freshman season. Others are hesitant to use an early pick on a player limited to 10 uneven games over the past two seasons. But he is getting more love than previously thought, and he might not make it out of the top 10 after all. And there’s even a chance he goes before Gardner.

If not Davis or Stingley, the Seahawks could fall back on offensive tackle. They have a hole on the left side right now — but there’s also a good chance Ekwonu, Neal and Cross are all off the board by the time Seattle is picking.

THE LATEST ON THE QUARTERBACK CLASS

As it stands right now, my sources don’t believe there is a team in the top 19 picks that will be drafting a QB. There’s always a shock on draft night, and teams always look to trade up for a signal-caller, but the Pittsburgh Steelers at No. 20 is the first spot I’m hearing serious QB consideration. Word is that the Steelers like Liberty’s Willis, so the question for Pittsburgh GM Kevin Colbert and coach Mike Tomlin: Can they pull a Bill Belichick and just hold tight for their guy? (New England stayed put at No. 15 last April and landed Mac Jones.)

Another team that popped up in my conversations about quarterbacks was the Tennessee Titans, who pick at No. 26. They were the AFC’s top team last season at 12-5, and there are bigger roster needs, including wide receiver. But Ryan Tannehill will turn 34 this summer, and Tennessee could drastically reduce its salary at that position if it drafts a QB this year, sits him in 2022 and then parts ways with Tannehill in 2023.

Watch the best plays from former Liberty QB and NFL prospect Malik Willis ahead of the NFL draft.

WHAT ELSE I’M HEARING

ESPN Sports Analytics’ new Draft Day Predictor tool uses various factors to project the most likely picks at each first-round draft slot, estimated ranges of where top prospects could fall and more. Check it out » 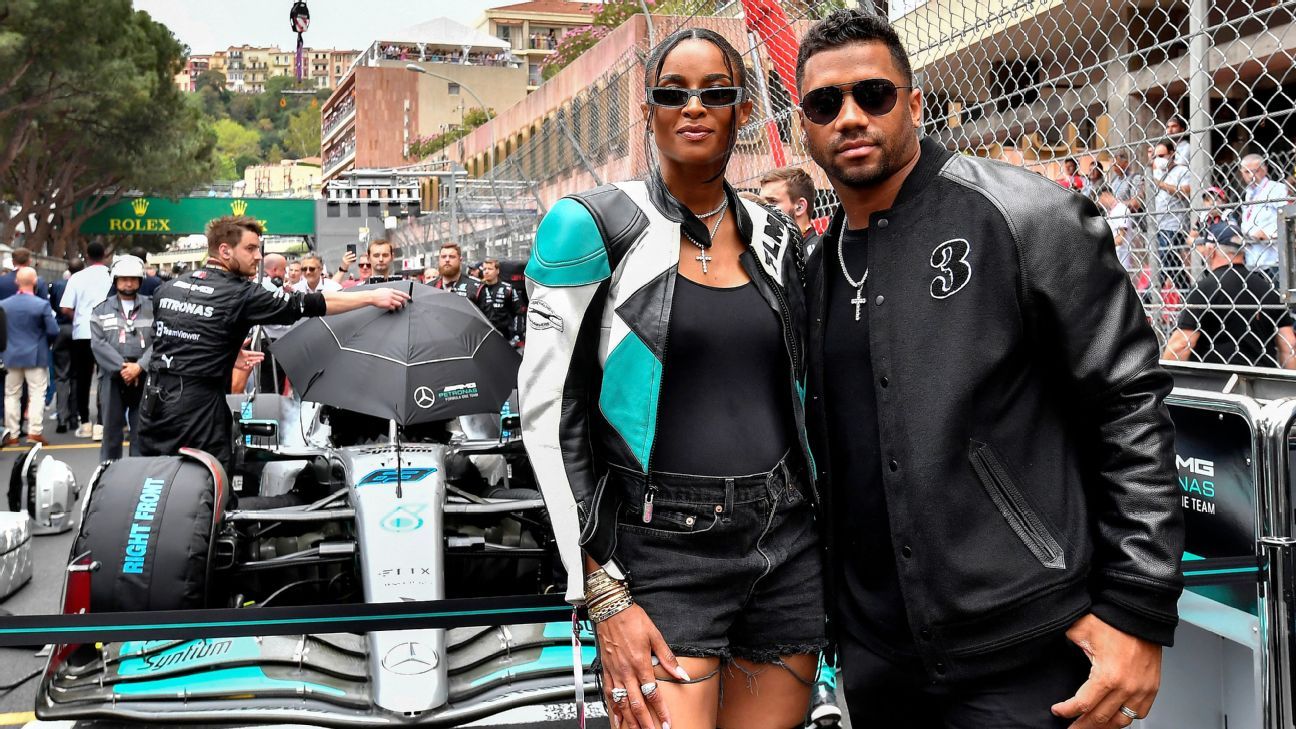 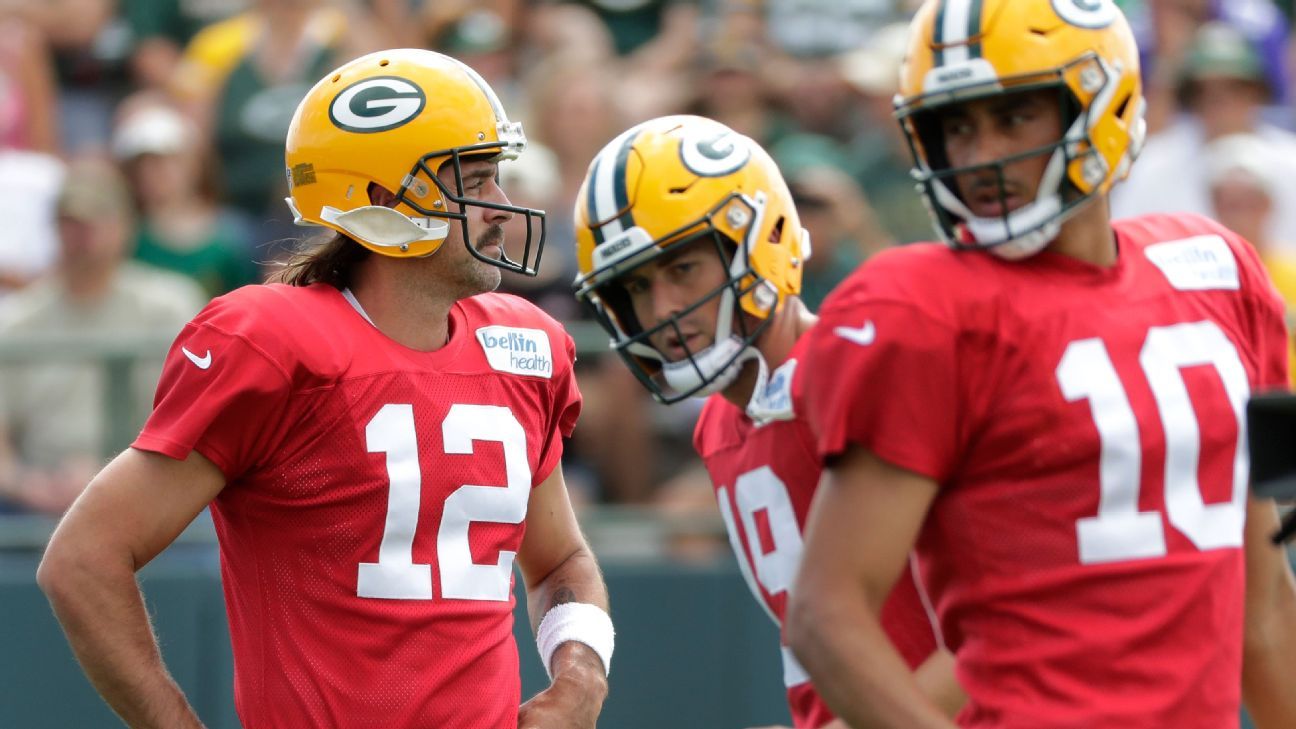 On Tuesday, I broke down the five NFL teams I project to improve during the 2022 season. Everyone loves hearing that their favorite team is likely to get better. Today’s 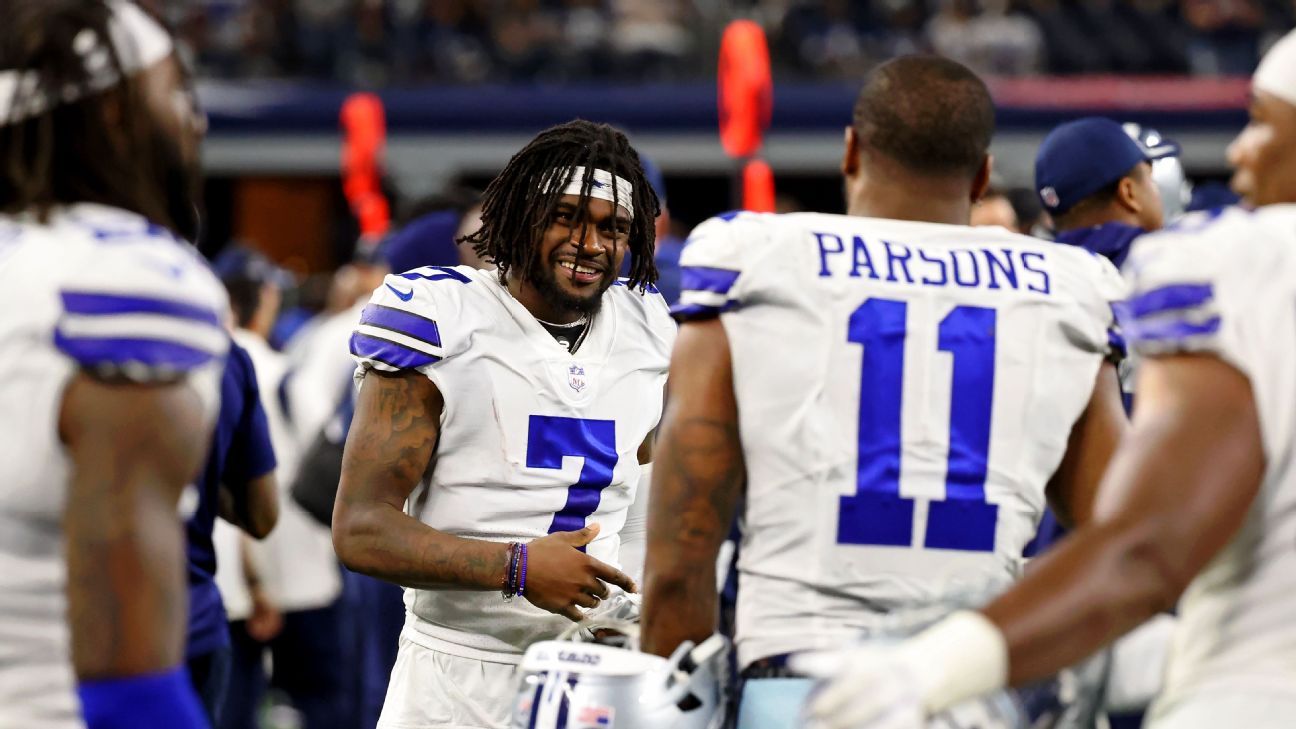 Most years, Football Outsiders‘ rankings of teams with the most talent under 25 years old are settled by the value of their young quarterbacks. But 2022 is different. Joe Burrow