NBA playoffs 2022 – With Devin Booker injured, here’s how the Phoenix Suns could approach the rest of the first round 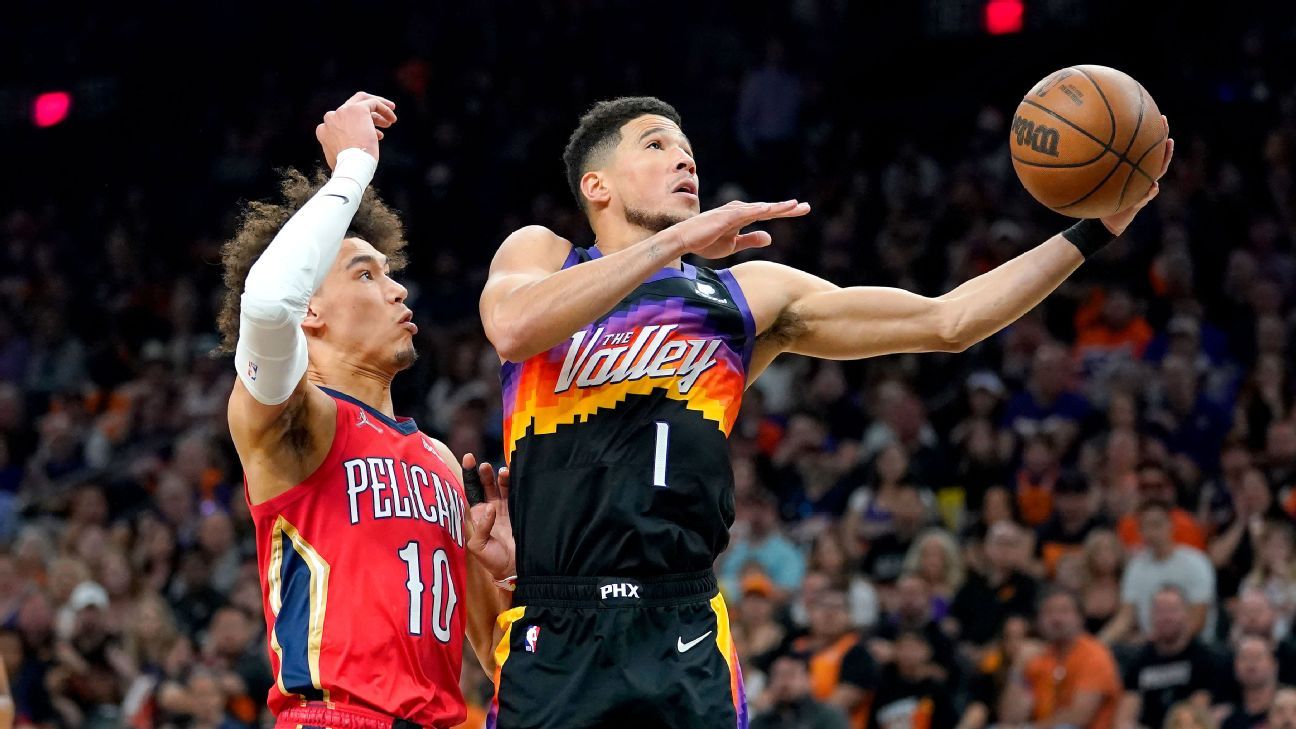 How big of a concern should Devin Booker‘s hamstring injury be for the top-seeded Phoenix Suns?

A day after Booker left Phoenix’s Game 2 loss to the New Orleans Pelicans in the third quarter, ESPN’s Adrian Wojnarowski reported Wednesday that Booker is unlikely to play in either Game 3 or 4 in New Orleans due to what the Suns diagnosed as a mild hamstring strain.

Phoenix, which finished with an NBA-best 64-18 record, suffered six of those losses in the 14 games Booker missed during the regular season — although half of the losses without Booker came in the final eight days of the schedule as the Suns rested multiple players. Still, Booker has emerged as perhaps Phoenix’s most important player, becoming a candidate for MVP and first-team All-NBA.

How likely are the Suns to get at least a split against the Pelicans on the road to reclaim home-court advantage in the series? And what impact would an extended absence have as Phoenix tries to claim the first championship in franchise history?

Let’s break down the impact of Booker’s injury.

How the Suns’ game plan changes without Booker

Booker’s longest absence during the regular season came at the start of December, when he missed seven games due to a strain of his other hamstring. During that stretch, Phoenix went 5-2 with a modest plus-3.1 differential, down substantially from the team’s league-leading plus-7.4 mark over the course of the season.

Naturally, the Suns are lucky to have a safety net.

Enter veteran star guard Chris Paul, who has shifted his game to be more of a scorer when Booker is on the bench. In 736 minutes without Booker, Paul’s usage rate has increased from finishing 18% of the team’s plays with a shot, turnover or trip to the free throw line when the two play together to 23% without him, according to NBA Advanced Stats. Although Paul saw no drop-off in terms of scoring efficiency with Booker on the bench, his turnover rate did increase from 2.2 per 36 minutes to 3.2.

Perhaps the biggest issue with Booker’s absence is the minutes coach Monty Williams will have to play without either star guard on the court. Because Booker left Game 2 just as Paul was set to take his usual rest, Phoenix played the final 4:35 of the third quarter without either of them. The Suns were outscored by four points during that stretch.

More scoring from Paul alone won’t be enough to make up the production lost without Booker, whose 32% usage rate easily led Phoenix this season. No other Suns starter had a usage rate higher than Deandre Ayton‘s 21.4%. In the nine games he played that Booker missed — three of them with Paul also out of the lineup — Ayton’s scoring surged to 19.3 PPG from 16.8 when Booker was available.

After scoring 21 points on 10-of-15 shooting in Phoenix’s comfortable Game 1 victory, Ayton had just 10 points and attempted merely six shots in Game 2. He was largely a nonfactor as the Suns closed out the game without Booker, scoring two points on 1-of-2 shooting in the final period. Look for Phoenix to try to get Ayton more involved early in Game 3.

We haven’t yet mentioned Booker’s likely replacement in the starting lineup: Landry Shamet. Shamet hadn’t seen any action in the series before Booker left Game 2 but played the majority of the remaining 17 minutes. While the Suns will surely lean more heavily on backcourts pairing Paul with his backup, Cameron Payne, those duos are undersized to match up with New Orleans’ starting five. Shamet started all 14 games Booker missed during the regular season and figures to get the call again in Games 3 and 4.

Shamet’s 41% 3-point shooting will help Phoenix maintain the floor spacing provided by Booker when he’s off the ball. However, he’s not the same kind of shot creator and is also a defensive downgrade from Booker. The Suns scored just fine after Booker went out Tuesday but saw the Pelicans shoot 69% from the field the rest of the way, including 7-of-9 on 3s.

The good news for the Suns is Booker’s hamstring injury doesn’t sound severe. Per Wojnarowski, Phoenix has not yet ruled him out for the remainder of this series. A return in the first round is realistic for a hamstring strain of indeterminate severity. Jeff Stotts of InStreetClothes.com noted that the median time missed for such injuries this season was 8.5 days. Game 5 of the series is a week after Booker went out, while Game 6 will be played nine days after.

The better the Suns can play without Booker, the more leeway they’ll have to be conservative with his injury. New Orleans has already shown this series will be closer than the 28-win gap between the two teams in the standings would suggest. Despite Booker’s incandescent 31-point first half Tuesday, the Pelicans held a three-point lead when he left the game.

Phoenix can point to the team’s success on the road as a reason for optimism. The Suns were an equal 32-9 both at home and away, joining the 1969-70 New York Knicks as the second team in NBA history with a better road record than any other team’s home mark.

The early line at Caesars Sportsbook has Phoenix as a one-point favorite for Friday’s Game 3 (9:30 p.m. ET on ESPN). That suggests the Suns have better than a 75% chance of getting at least one win in the two games in New Orleans and about a 25% chance of coming home for Game 5 up 3-1 with a chance to close out the series.

Simultaneously, Phoenix should be hoping for the Dallas Mavericks–Utah Jazz series to stretch on as long as possible, delaying the start of a possible second-round matchup. Ideally, the Suns would be able to finish off New Orleans without Booker, giving him more than two weeks of rest and rehab before returning to the court to open the Western Conference semifinals.

If Phoenix can get a win or two on the road, Booker’s injury might be a blip on their postseason path, much like Paul’s missing the first two games of last year’s West finals after testing positive for COVID-19 before the series. But the Pelicans might yet have something to say about that. 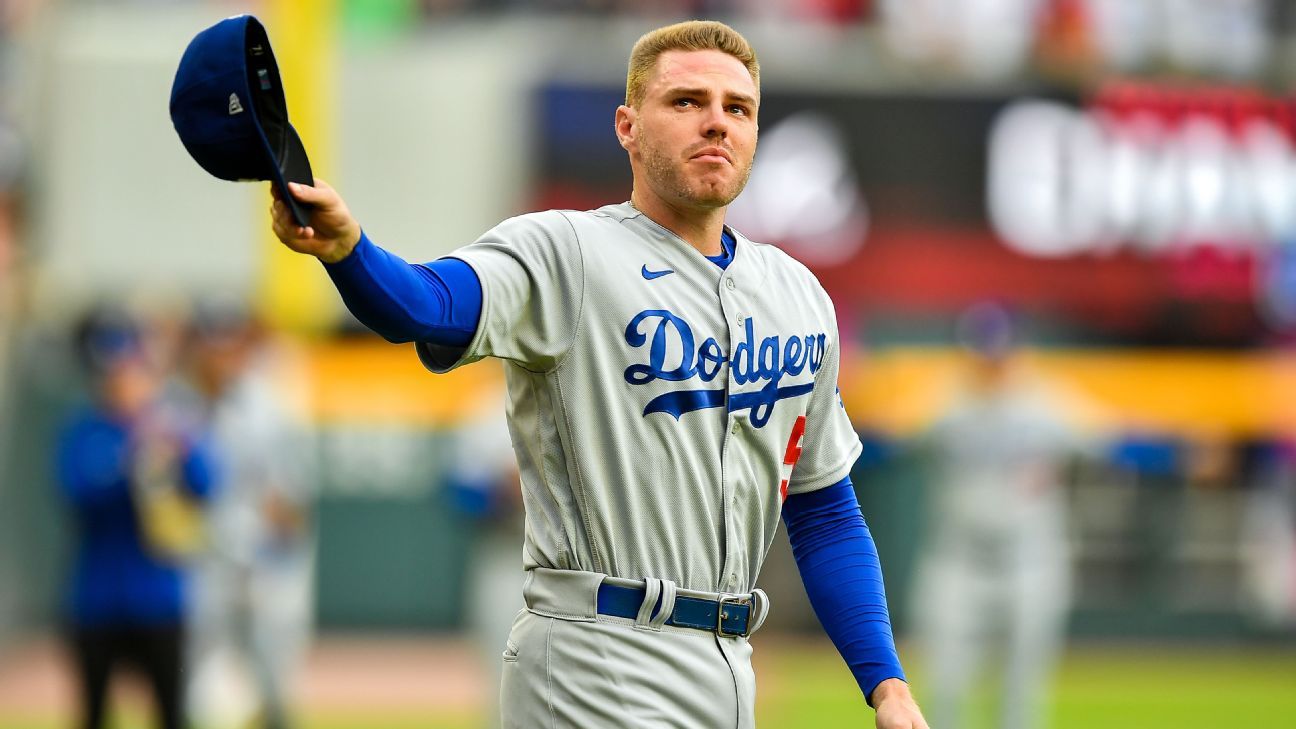 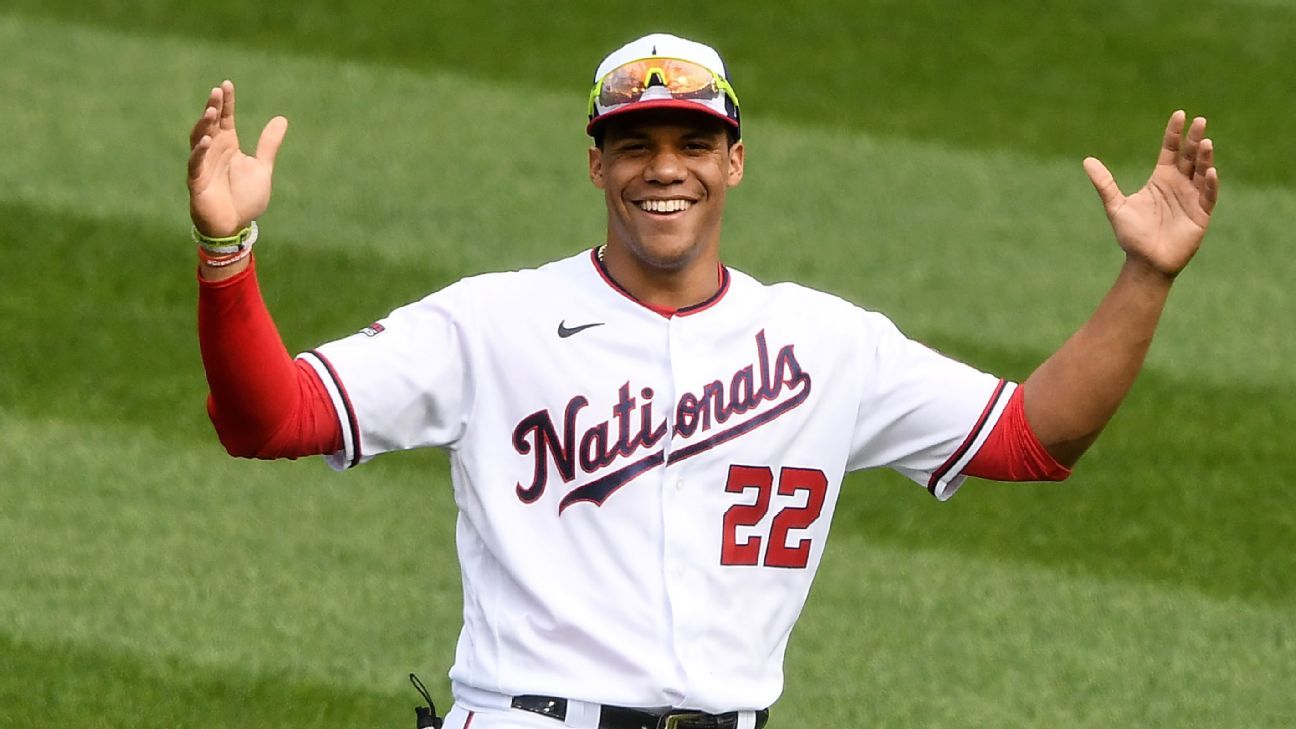 11:54 AM ET Jeff PassanESPN Close ESPN MLB insiderAuthor of “The Arm: Inside the Billion-Dollar Mystery of the Most Valuable Commodity in Sports” The San Diego Padres have agreed to 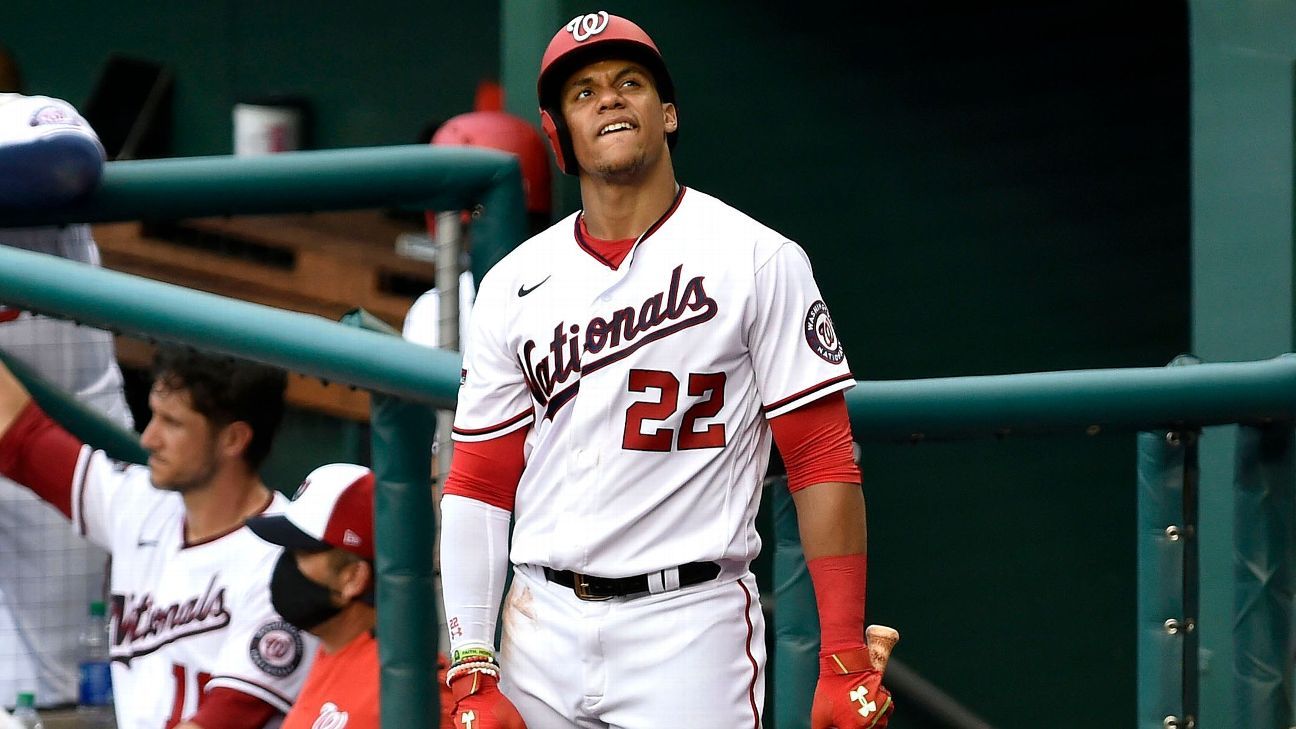