If the New York Knicks failed at one thing this season, it was the ability to manage expectations.

The overachieving roster that was projected to win 25 games but soared to the fourth seed in the Eastern Conference in 2020-21 entered this season with the belief that their success was set to be duplicated.

However, as this season proved, the 41-win season from a year ago and the revamped backcourt portrayed a false belief that the rebuild started in 2020 by president of basketball operations Leon Rose was complete.

Roster status: Incomplete but with the assets to improve.

The 37-win season has been labeled in the short-term a disappointment. The Knicks went from securing home court in the East playoffs to a place they are all too familiar with — the draft lottery.

The bigger picture reveals the fine line between winning and losing in the NBA.

A year ago, the Knicks ranked ninth with a 20-16 record in games decided by five points or less in the fourth quarter. Fast forward to 2021-22, and New York dropped to 25th with a record of 18-26. The 10-loss increase can change a team’s fortune from appearing in the postseason to counting ping pong balls.

A combination of factors could be to blame: youth (five players under 23), a lack of point guard that can control the game, the injury to Derrick Rose, poor shot selection, end of the game lineups, the loss of a defender in Reggie Bullock.

Priority No. 1 for the Knicks’ front office and coaching staff is to address their fourth-quarter woes. Fortunately, the Knicks have the resources to take a step forward and not backward.

“We have to build one block at a time, be patient,” Leon Rose told MSG’s Mike Breen at the end of the season. “We’ve got 13 draft picks over the next three drafts, four first-round picks.

“With regard to opportunities that may come along, we’re very flexible. … We want to show prudence in making those decisions and continuing to develop what we have.”

The Knicks do not have cap space right now — their first time without it since the 2018 offseason — but do have avenues to improve, starting with a lottery pick in June to either keep or use in a trade, eight future firsts, 14 seconds and most importantly, 12 players earning between $18 million to $1.6 million.

For the Knicks to target a player like Dallas Mavericks guard and 2022 free agent Jalen Brunson, it has to come in a sign-and-trade, and that is unlikely — the Mavericks would need to cooperate. The Knicks could create close to $20 million in cap space, but that would require a team with room to take back Kemba Walker and Alec Burks.

They also have the $10.3 million midlevel and $4.1 million biannual exceptions and Bird rights to unrestricted free agent center Mitchell Robinson.

If there is a trade to be made either for an All-NBA type player or something even minor, New York has the right mix of tradable assets.

If there was one player that failed to manage expectations, it was Randle in 2021-22.

After earning All-Star and All-NBA honors, leading New York to the playoffs for the first time since 2013-14 and signing a $106 million extension, Randle was supposed to be the foundation piece around to build the roster.

Instead, this season’s version of Randle was more like the inconsistent player during his time with the Los Angeles Lakers, New Orleans Pelicans and his first year in New York.

“Randle was just not comfortable at times,” Rose told Breen. “He gave it his best effort. The 3-point shot just didn’t go like last year, and you had teams keying on him more this year. At the end, he made some adjustments. I was proud of the fact he did fight through it.”

Randle’s 3-point shooting dropped from 41% last season to 31% this year.

“Julius is at his best when he’s running the floor, playing fast or attacking the rim,” Knicks coach Tom Thibodeau told reporters after the season.

“When he does that and we spray the ball and it moves fast, we’re good. I’m hopeful that we’ve learned … from the All-Star break on, I think we’ve played really good basketball and I think the numbers have [borne] that out.”

Despite Randle’s inconsistent play, his $23.8 million salary for 2022-23 ranks outside of the league’s top 50 and remains a tradable contract even with the 15% trade bonus included in his deal.

The unanswered question moving forward is if former lottery pick Obi Toppin has made Randle expendable. If not, is there a path for the two players to be on the court together?

Per Cleaning the Glass, both players were on the court for only 209 possessions and were a plus-0.4 points per 100 possessions.

The Barrett extension talks will play a role in how New York builds its roster.

On one hand, the Knicks could take an aggressive approach at the beginning of free agency and extend the 21-year-old forward to a lucrative but non-max contract.

Barrett is coming off a season where he averaged 20 points per game and recorded 11 30-point games, the most by a player at age 21 or younger in 2021-22, according to ESPN Stats and Information.

Barrett has a $32.7 million free agent hold in 2023 and a contract that starts at $23 million would actually give the Knicks more cap flexibility next offseason.

If an extension does not get done, it will be for one of two reasons:

We will learn if the Knicks’ decision last offseason not to decline Robinson’s $1.8 million option comes back to haunt them.

Robinson would have been a restricted free agent and the Knicks would have had the right to match on an offer sheet. Because he had a $2 million cap hold, New York would still have had cap space available to use.

Robinson had an injury-plagued 2020-21 season, including a broken right foot that ended his season early. For New York, the risk with a new contract outweighed the center eventually becoming an unrestricted free agent.

This season, Robinson played the most games in his career (72), averaging 8.5 points and 8.5 rebounds in 25.7 minutes. He led the league in made field goals off tips and was second in second-chance points.

And Robinson continued to excel on the defensive end. Per ESPN Stats and Information, Robinson held opponents to 45.6% shooting in the paint when contesting. That ranked in the top 10 among players to defend at least 300 shots last season.

From now until June 30, Robinson can be extended for four years, $58 million. That $14.5 million per year average is what the market for Robinson should be this offseason.

The Knicks have eight first-round picks in the next seven drafts, including one in the lottery this June.

New York also has its own second this year and a total of 13 future seconds (including four in 2023).

Mathurin made a big jump as a sophomore while leading Arizona in scoring. He fits an obvious mold as a strong-framed, 6-foot-6 wing who can space the floor from well beyond the NBA line, shoot running off screens or pulling up off the dribble and finish explosively in the open floor. He also has made strides as a ball handler and passer, while still only being 19 years old. Mathurin’s decision-making in high-leverage moments also will be closely scrutinized. He is at his best when keeping things simple, and he can be prone to huge swings of intensity and productivity on both ends of the floor, depending on the night and how well things are going early in games. The defensive end is where scouts will want to see Mathurin show better focus, especially off the ball, where he can at times be Arizona’s weakest link. — Givony

Christie is a 6-foot-6 guard who has the type of footwork to develop into both an on-the-move shooter and sound defender as he continues to grow in the toughness, confidence and experience departments. When Christie’s jumper is falling, it’s easy to see him getting looks in the late first-round, projecting somewhere between Landry Shamet and Primo on his best days. Yet, Christie’s shooting has been all over the place this season, as he’s knocking down just 28.6% from beyond the arc over his past 10 games and has a tendency to play a sped-up style, running from open shots on occasion and not quite exuding the type of self-belief that would suggest he’s ready to make an NBA jump. — Schmitz 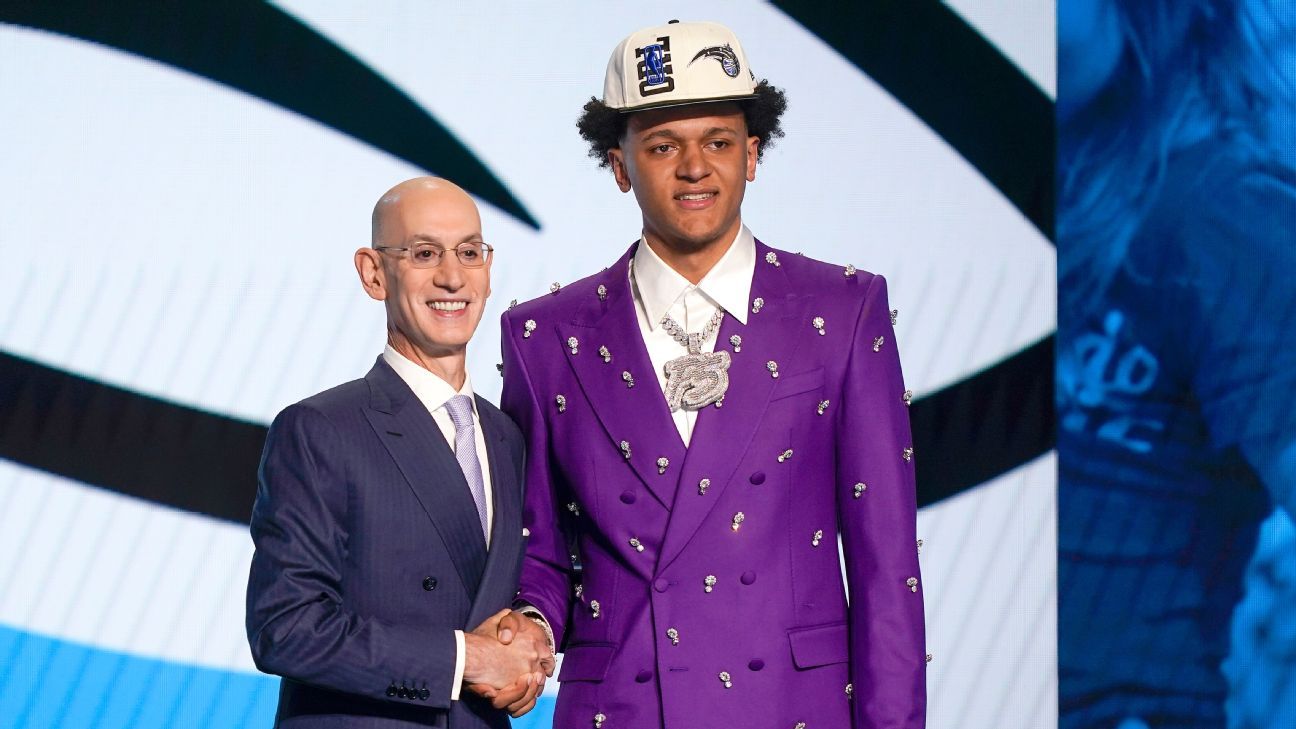 8:11 PM ET Tim BontempsESPN NEW YORK — After months of speculation, Duke’s Paolo Banchero was a surprise selection by the Orlando Magic with the top overall pick in the 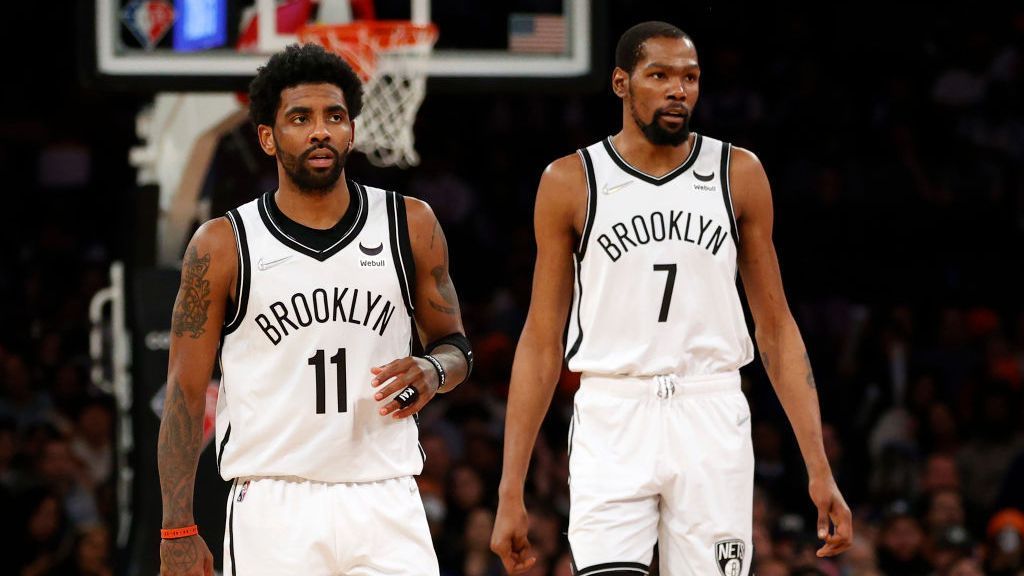